Since forming in high school, Brisbane band The Goon Sax—the trio of Riley Jones, Louis For-ster, and James Harrison, best friends who take turns writing, singing, and playing each in-strument—have been celebrated for their unpretentious, kinetic homemade pop. Mirror ll, The Goon Sax’s third album and first for Matador, is something else entirely: a new beginning, a multi-dimensional eclectic journey of musical craftsmanship that moves from disco to folk to no wave skronk with staggering cohesion. Gone are the first-person insecurities of their school days—they’ve been made expansive, more universal, more weird.

Since forming in high school, Brisbane band The Goon Sax—the trio of Riley Jones, Louis Forster, and James Harrison, best friends who take turns writing, singing, and playing each instrument—have been celebrated for their unpretentious, kinetic homemade pop. Mirror ll, The Goon Sax’s third album and first for Matador, is something else entirely: a new beginning, a multi-dimensional eclectic journey of musical craftsmanship that moves from disco to folk to no wave skronk with staggering cohesion. Gone are the first-person insecurities of their school days—they’ve been made expansive, more universal, more weird.

Mirror ll is the result of three years of writing, and some considerable time spent apart: Louis relocated to Berlin and worked at a cinema (he sings in German on the track “Bathwater”), Riley and James formed an angular post-punk band called Soot. All three experimented with abstract, atonal sounds before recapturing the essence of The Goon Sax: “pop melody,” Louis explains. “The first two albums are inherently linked. They had three-word titles; they went together. This one definitely felt like going back to square one and starting again, and that was really freeing.”

“We lived a share house together, this tiny little Queenslander we called ‘Fantasy Planet,’ where we wrote the album,” Riley explains. “We were able to go to each other’s rooms and say anything that came to mind and go to the practice room three times a week. It was pretty intense.”

Mirror II is intense, the sum of everything that has always made The Goon Sax great: robust sprechgesang, raw lyrical candor, ascending guitar pop structures that would make the most storied jangle bands blush, elevated into their newfound narrative verisimilitude and expanded sonic experimentations. Each member’s idiosyncratic style comes across on record: Riley’s bubblegum noise is more present than ever before (“Desire,” “Tag”) reflecting her heavy Les Rallizes Dénudés and Keiji Haino influence, and some Kylie Minogue-inspired “sparkle sound,” as she calls it, for good measure. Louis’ moody, supernatural avant-pop (“Psychic,” “In the Stone,”) stems from an admiration for HTRK, Young Marble Giants, Stereolab, The Motels’ “Total Control,” Justin Beiber’s “Sorry,” The 1975’s “Tootimetootimetootime,” Chris Kraus’s I Love Dick and Diane Di Prima’s Memoirs of a Beatnik in equal measure—and remains distinctly his own—comparisons to his father, The Go-Betweens’ Robert Forster, be damned. James’ psychedelic folk (“Carpetry,” “Caterpillars”) is no doubt studied from The Walker Brothers, Jandek, Felt, and Pink Floyd’s Syd Barrett. “I got into Syd Barrett’s lyrics because they were hazy, relatable and honest but up in the air. That’s how I felt,” he says of his whimsical songs. “I was experiencing romantic love for the first time, it felt out of my control, and there’s something about Syd Barrett’s lyrics… it doesn’t just come from inside us; it is the moments that are happening to us as well.”

Those uninhibited combinations wouldn’t work for most bands, but then again, The Goon Sax aren’t most bands: their deep trust in one another is the very spirit of Mirror ll. “I was reading The Philosophy of Andy Warhol the other day. He said something so perfect… ‘I’m sure I’m going to look in the mirror and see nothing. People are always calling me a mirror, and if a mirror looks into a mirror, what is there to see?’” Riley recites. “The name [Mirror II] was totally arbitrary to begin with, but it became about reflecting on reflection: we all get so influenced by each other. You find other people who show you yourself, who you are.”

Once the percipient concept began to take shape, so too did the band’s song selection. “We tried not to have a main sound that ran down the middle of the record,” Louis explains, “What united the record, more so than a single sound, were themes and ideas and space. That’s what Mirror ll is. It didn’t sound like anything, but it was a feeling.”

And that feeling is unbounded, all their influences filtered through their unimpeachable songwriting abilities and a perceptiveness that borders on clairvoyancy. “We’ve come to accept that there’s no right and wrong in our songs, no good person and bad person. They’re only flawed people,” Louis says. “That was really important for us to express this time around. The narrator changes, the viewpoint isn’t definitive, it’s sentences existing in the air, as if someone overheard it on the street. [Thematically,] it’s a progression on the first two albums: there’s something in this record about losing yourself in someone, losing yourself in a city, and being unable to tell what is you and what is somebody else.” Riley adds, “It felt like the songs weren’t only personal, they were something interpersonal, they just existed on their own, aside from ourselves.”

The band traveled to Bristol to record the album at Invada Studios, owned by Geoff Barrow of Portishead and Beak, with producer John Parish (Aldous Harding, PJ Harvey.) “We had a bit more knowledge of what it took to put together a whole, cohesive album,” James says. “On the first one, we took a purposefully minimalist approach. And the second was less in our hands production-wise, at times. This one was much more of a collaborative effort between us and John.” Parish agrees. “The different styles and characteristics of Louis, Riley, and James complement each other so well, and result in a sound that is uniquely their own. The lyrics are full of dry wit and surreal imagery, petulant, and oddly romantic. Great band.”

Ambitious, too. Lofty as well, but never maudlin. The Goon Sax made a record with an ingenuity all their own. “I hope Mirror ll makes people find some beauty and presence in whatever they are going through, to transcend their feelings while acknowledging them,” says Louis. “These are emotions, dressed up a bit,” Riley adds to the thought. “We talk about mystical conceptions, how they’re super engrained in reality, nothing too farfetched. It’s a genuine dreaminess, and I hope the album brings out those feelings on a really mundane day.” It most certainly does. 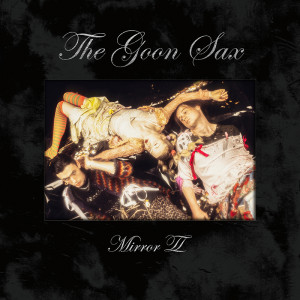 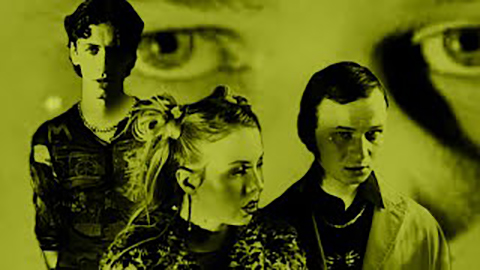 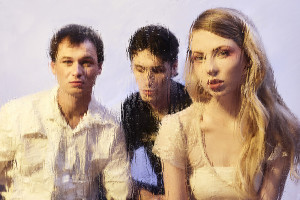 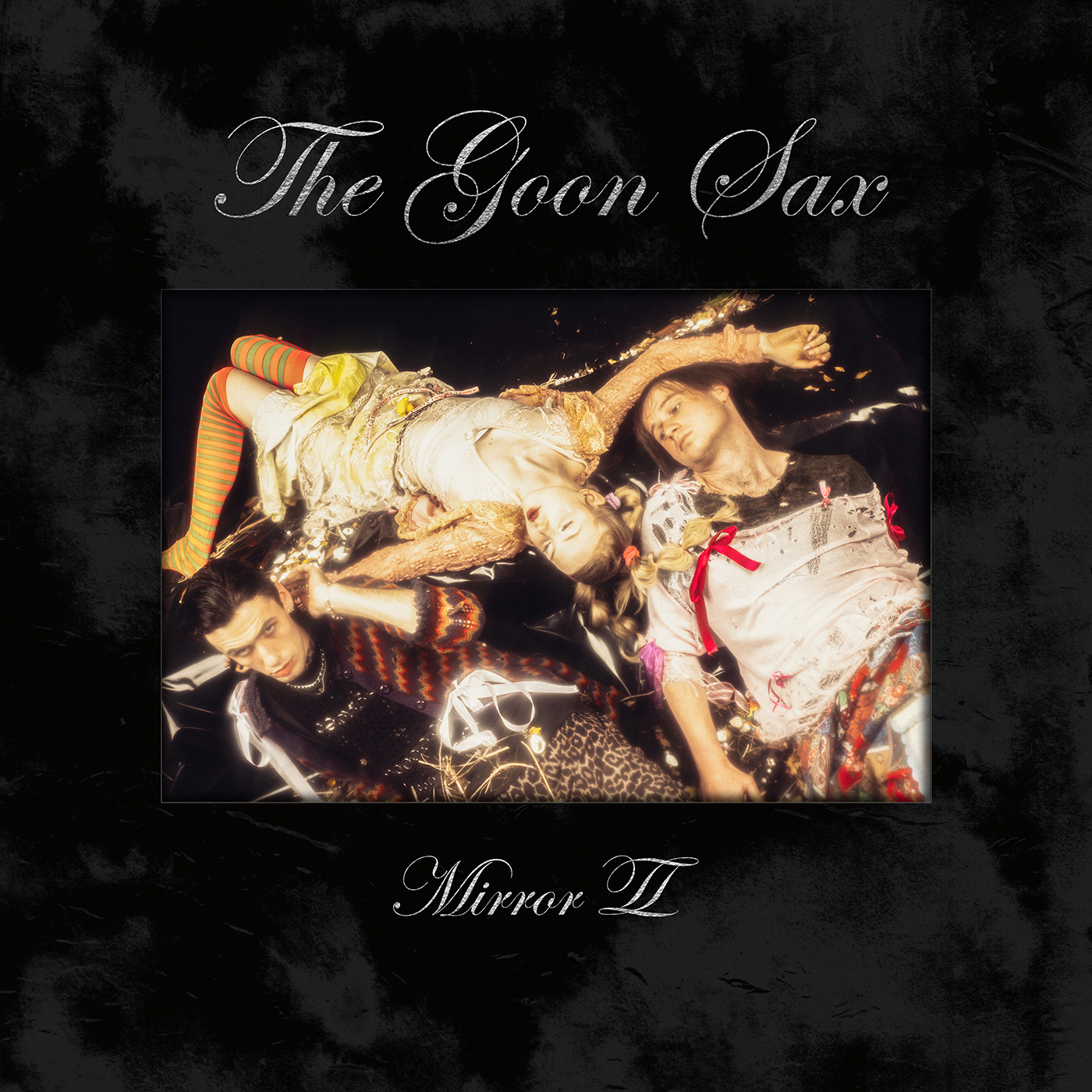