Below please find further words on this moving, majestic new album and its nuanced craftsmanship from Daniel Stewart (Total Control) and Richard Hell.

The beauty of a moral act depends on the beauty of its expression. To say that it is beautiful is to decide that it will be so. It remains to be proved so. This is the task of images, that is, of the correspondences with the physical world. The act is beautiful if it provokes, and in our throat reveals, song. Sometimes the consciousness with which we have pondered a reputedly vile act, the power of expression which must signify it, impels us to song. This means that treachery is beautiful if it makes us sing.

Beyondless is the 4th LP from Iceage. This record radiates joy.

Pay attention to the journey, from New Brigade, a juvenile delinquent take on post-punk, full of cold, distant condemnation, and onto the ecstasy of You're Nothing, shedding the more aggressive hardcore influence and dragging in more light, a tendency followed on Plowing Into The Field Of Love. The intoxication is consistent, this has always been drunk music, but it's less a stumbling confusion and more a sturdy heartfelt confession with each record. They have finally caught up with their ambition. Their entire charm has always rested in their running ahead of themselves with blind confidence, taunting you to follow and you follow because wherever they are going is vital, is alive; on Beyondless they are treading with an assurance that is disarming, but there is no loss of charm, you are arm in arm now, whispering intimacies.

Intimacies that recall other intimacies: something must have happened when Iceage heard Gun Club Miami. Some traumatic event! A wild band has not been tamed, but is in repose, retaining an edge but expressing something less definite, something about hurt or longing or regret.

Attention must be directed toward the brilliance of EBR's lyricism on Beyondless! In his evocations of beauty in profane imagery, in his plumbing of the depths of betrayal and criminality, there are suggestions of Jean Genet and the disgraceful slurring of Leonard Cohen.

Love's Forever Changes is an appropriate reference point for the record, orchestral touches to rock music that reached in a very affected / effected manner toward some transcendent experience.  You can hear blissful catatonic evocations of the Waterboys, slurring face down on the bar some holy affirmations. Overall, the strongest suggestion is of the Stones in their Exile period, holed up in some decadent mansion attempting to pay tribute to American music from country honk brawls to sleazy soul revues to cocaine blues, it has this confident air of music written in the midst of excessive reveries.

Letting in the light, the joy radiates. They are post post-punk, Beyondless retains the rich character of their brash beginnings, but this is something beyond, oh hell, this is something very, very special, a generous gift for an anemic age.

I can totally imagine myself as a kid lying in my closed-door room in the dark, listening to this band and getting what I need, the way a band can make a person feel seen and bring confidence, sometimes even represent an ideal. Or maybe I’m already all defiant and self-certain, and I identify with Iceage because they are too, and they’re who I want to represent me in music. It’s a weird combination of qualities that a rock and roll band and their recordings presents to their young crowd, imparts to them. The music being pure emotion, the strong emotions of youth—anger, sadness, contempt, longing—as well as energy and sex, and the band’s demonstration that it gracefully owns and provides those things, consoling their followers in all the confusion.

What is it that Iceage in particular brings? A large number of extraordinary things. (Poetry! But more about that later.) The band members were childhood friends, which is always good news.  They’re like a small urban gang, faithful to each other, suspicious of outsiders (of which music journalists like me are the most suspect examples). At the same time, they seem mature and competent, which is almost too much to hope for. They not only play and compose well, but the production of their records, from the very beginning, and at the music’s most chaotic, is impeccable. Their presentation is as hardcore anarchic as any, but much better played, mixed, and recorded than most.

And then there’s the poetry and the intelligence. The members of Iceage are not only smart but hyper literate. Interviews with E. Rønnenfelt, the lead singer and lyricist of the band, find him mentioning Carson McCullers, The Heart Is a Lonely Hunter; Georges Bataille, Story of the Eye; Peter Shaffer’s Equus; Mishima, The Sailor Who Fell from Grace with the Sea; Genet’s Thief’s Journal and Miracle of the Rose; The Torture Garden by Octave Mirbeau; Henry Miller on Writing; and James Agee’s A Death in the Family, and that’s in a total of four interviews. It’s not that he flaunts it; he’s simply honest and naturally acknowledges it.

The lyrics of Iceage songs have the most sophisticated vocabulary I can remember finding in rock music. Here’s a favorite example, from “Pain Killer” (ft Sky Ferreira) on the new album:

Praying at the altar of your legs and feet

Your saliva is a drug so bittersweet

I’ll arrogate what’s there to take

In an evanescent embrace

…“Arrogate”??? I half know the word, but I had to look it up to be certain. It means “to claim or seize without justification.” It’s funny because its Latin root also underlies the word “arrogant,” which one might be tempted to apply to Rønnenfelt for the contempt he shows for people who try to understand him. But I sympathize. It is extremely annoying to be characterized by other people. And the shading of meaning of the word “arrogate” brings a subtlety to those lyrics of his that “take” or “seize” or “claim” wouldn’t. Frankly, though, what I really like about those lines is the concept of praying to his lover’s feet. That’s good. It makes me think of a similar instance in another poet, Charles Baudelaire, who wrote in his “Hymn to Beauty”:

Who cares if you come from paradise or hell,

if only your eyes, your smile or your foot reveal

the infinite I love and have never known? 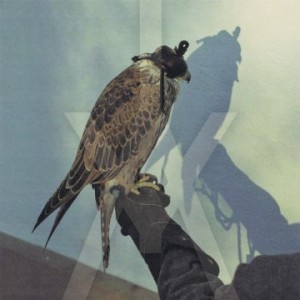 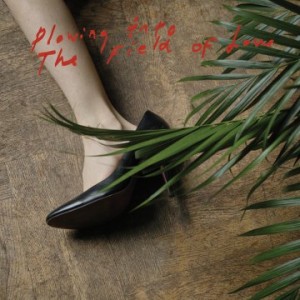 Plowing Into The Field of Love 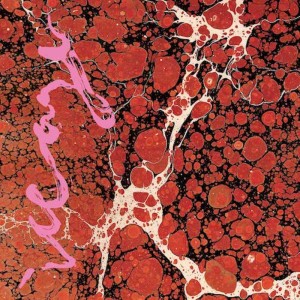 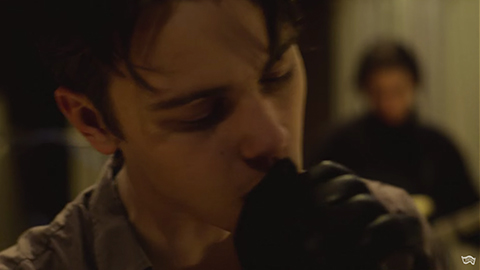 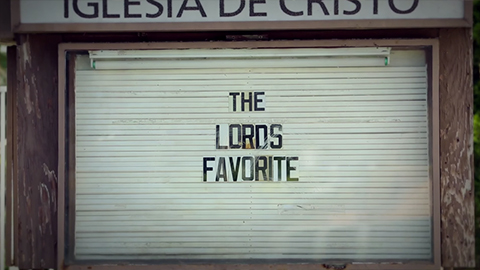 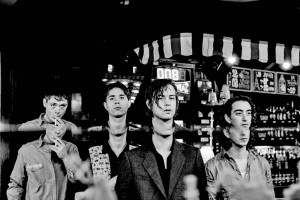 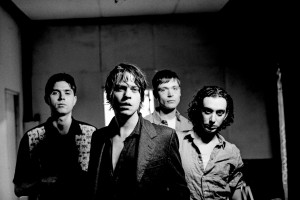 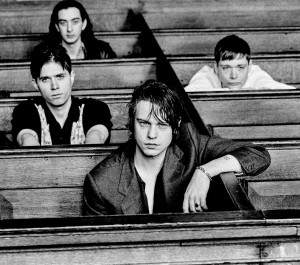 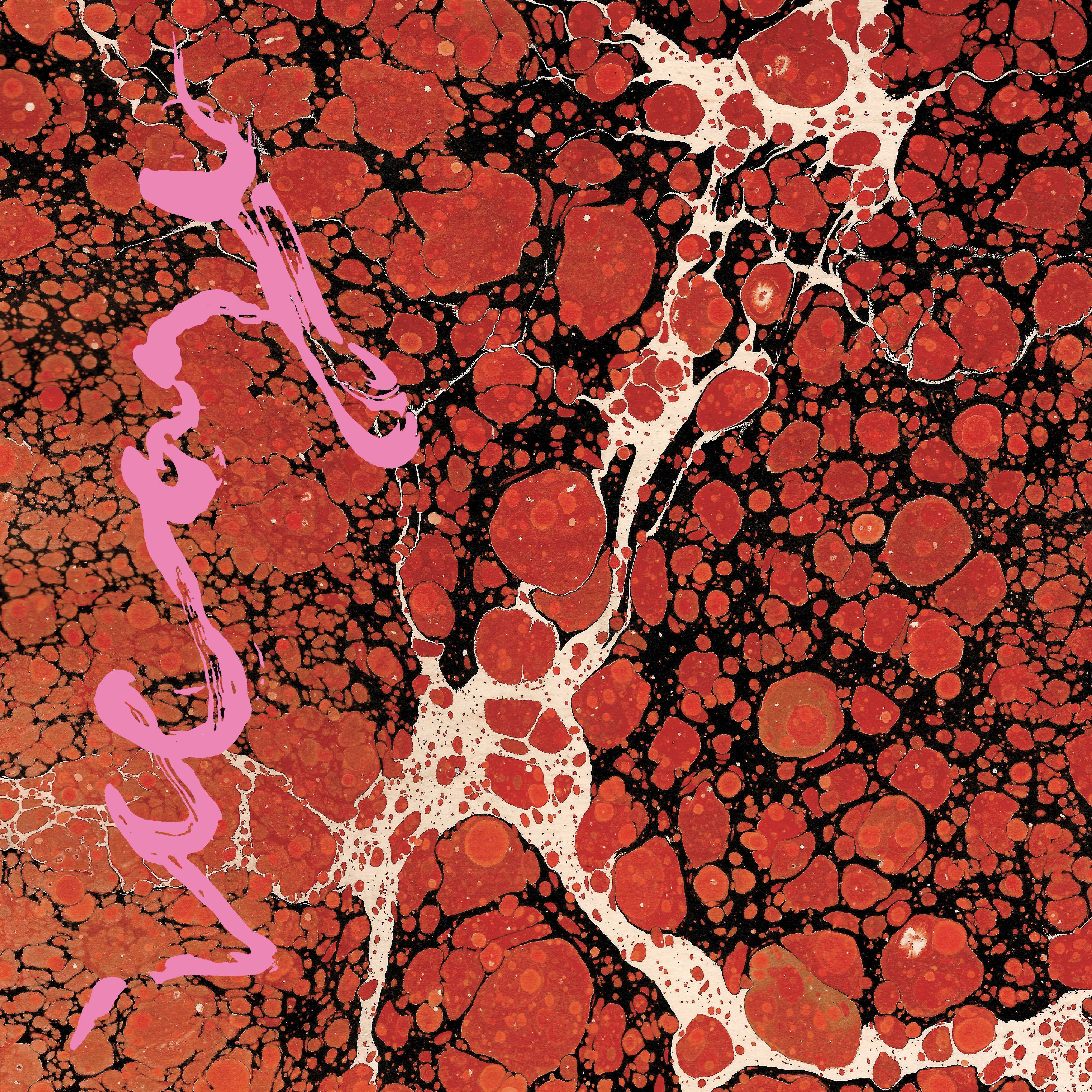