As touted in this space previously, a limited edition 3-song 12" EP from Steve Gunn is available at participating Record Store Day retailers this coming Friday, November 25. In addition to 'Eyes On The Lines'' "Ancient Jules", the EP includes a pair of previously unreleased tracks, "The Handshake" and "The Soloist".

After a two decade sabbatical, highly revered U.S. quartet CHAVEZ make their hotly rumored return to the rock frontlines with a new 3 song 12”/digital EP, ‘Cockfighters’, released by Matador on January 13 of the new year. Said EP — recorded in 2015 with longtime associate John Agnello —— represents the band’s first new recordings since their 1996 album, ‘Ride the Fader’. Will this EP result in a future full-length? Will Chavez once again exhibit the sort of live form they flashed at 2010’s Matador 21 celebrations? We don’t think you should bet money on it, but on the other hand, if you have a genuine gambling problem, judgmental scolding isn’t going to help anyone. Let’s enjoy this all-too-brief reminder of the band’s genius while we can.

TRACK LISTING:
1. The Singer Lied
2. Blank In The Blaze
3. The Bully Boys 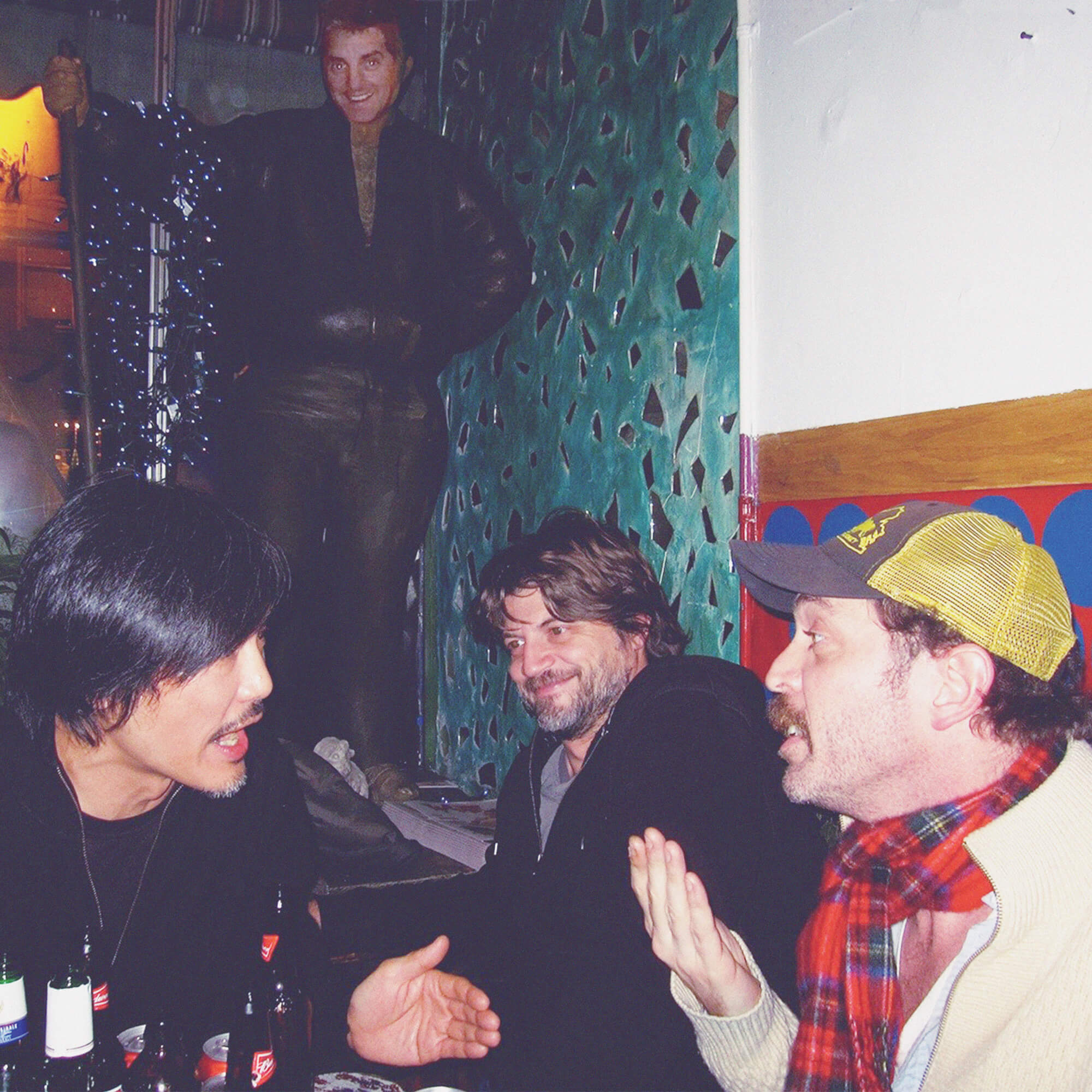 It is both a blessing and a curse to be born with a penis. Freud knew this. So did Candy Darling. And so, mutatis mutandis, do the men of Chavez. They are phallus-wrestlers of the highest order, as evidenced not only by the muscular sensitivity of their music, but also quite literally by the title of their new EP, Cockfighters. Three songs in nine minutes; a new chapter and a willful engagement with the masculine issues—both hidden and overt—of our time.
To those of you who now implore, “Tell me the tale entire of Chavez,” we would caution that history is one big flaccid schlong draped across us all. Its inches are the measure of humankind’s institutionalized lies. So we don’t want to spend too much time on the past. But, for the sake of completion, we’ll blast through the pertinents real quick: Chavez was an integral part of the Matador records 1990s ejaculation of genius. With a bit more arena-rock in their DNA than most of their labelmates, Chavez took the nervous structures and ruminative lyric modes of the Indie Rock Pleistocene but added, deeper and more effectively than their peers, an injection of glistening testosterone-maximized amperage to the mix.

The band is composed of four Renaissance gents, varied and successful in their non ‘Vez pursuits.

Bassist Scott Marshall is a filmmaker who works and surfs in Malibu each and every day. He is lifelong friends with Anson Williams, which is a true fact you can research if you wish.

Drummer The James Lo, who is distinguished as a human in 2016 by the lack of a Wikipedia page that captures and classifies his essence in digital formaldehyde, is ambivalent about this rock music thing. He spends his time designing sound for contemporary dance and creating bits of hardware and software for music and theater.

Guitarist, riff-writer, and purveyor of harmony vocals Clay Tarver is a screenwriter who has worked on all four seasons of the HBO series Silicon Valley. He won a WGA Award in 2015 and subsequently, as he tells it, “nearly shit [his] pants onstage in a Men’s Warehouse rented tux.”

Guitarist, lyricist, and lead singer Matt Sweeney is a knight errant of studio and stage who has played with everyone from Iggy Pop and Neil Diamond to Bonnie ‘Prince’ Billy, Adele, and Run The Jewels. When all us humans have finally moved on from this Earth and are grooving as one spiritual mass to the great afterlife band of eternity, we will surely find Sweeney at the lip of the stage.

For now, in the material world, we walk around in our mortal fleshbags looking for good things to listen to—which is where these new Chavez tunes come in handy. Aside from a scattered drippage of shows and some new vocals on a greatest hits set, this here is the first public utterance from Chavez since 1996. But please put away your hot branding iron that says REUNION in the Wrangler? font. You will not be able to use it on the exposed flesh of Chavez because, technically, the band never broke up. They just noticed that the less they did, the more people wanted them. So they became a wee bit diffuse in their approach, getting together now and then over the years to proverbially noodle in the proverbial woodshed.

So this is less a Lazarus vibe then it is, say, a flaming and glorious phoenix kind of a trip. Imagine if Charles Willeford—author of the 1962 cult pulp novel (and literary ancestor to this EP) Cockfighter—clawed himself out of the grave and said, through a gargle of dirt and his own decaying bones, “Hey, folks. I’ve been down there writing the whole time and, here you go: got a new book for y’all here.” This Chavez moment we’re witnessing right now is kind of like that. A much-needed and genuinely ripping jolt of new perspective from artists of experience and wisdom. Thanks, men. There are tickets still available for Kurt's forthcoming solo tour of many corners of Australia. Links for all dates can be found below.

OUT TODAY - BODY/HEAD 'NO WAVES' + TOUR CONTINUES TO PHILLY TONIGHT As beautifully displayed by resident hand model @crankytired, Body/Head's new album No Waves is out today. Find it at your choice physical or digital outlet. Kim and Bill are currently on a short and sweet tour to celebrate this album's release. Find dates and ticket links below.

Reminder - all vinyl pre-orders on the Matador webstore received
a free poster of the Raymond Pettibon cover art.

BUY HERE or via Kung Fu to have the option of a t-shirt/LP or CD bundle.

KURT VILE & THE VIOLATORS TO CAP OFF 2016 WITH SHOWS IN NYC, BOSTON AND PHILLY 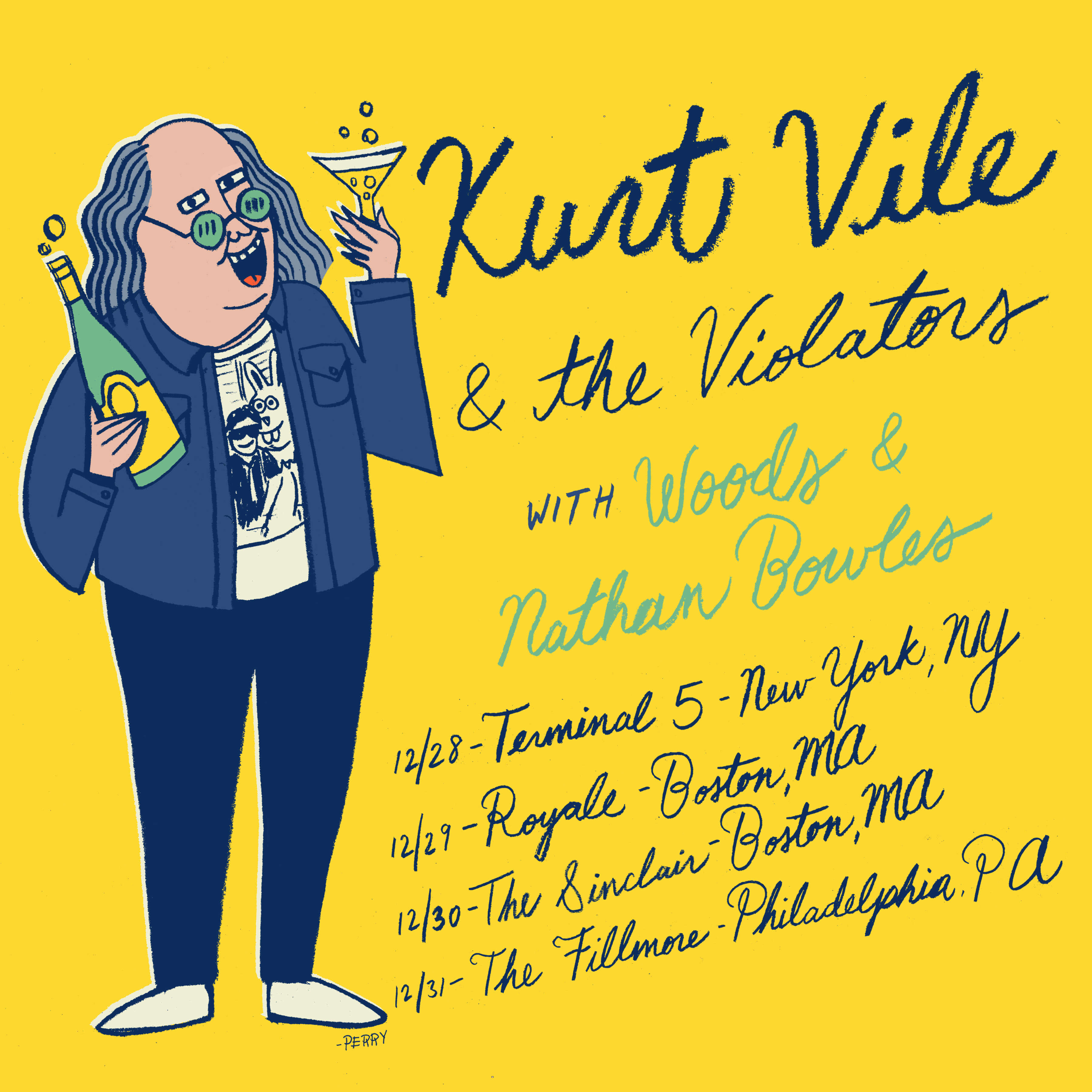 (poster design by Perry Shall)

This is a casual reminder that Kurt Vile, accompanied by The Violators will be making a quick run of shows in New York, Boston and Philly at the tail end of December. Woods and Nathan Bowles will be joining them for all three shows.

(Steve Gunn and The Outliners in session for KEXP, Seattle, from September 21)

Currently on tour in Europe with the Outliners (see dates below), Steve Gunn embarks on a brief solo tour of North America this January, sharing a stage (and most likely a dressing room --- these places aren't Cobo Hall) with Lee Ranaldo. The aforementioned shows are in bold below, with tickets on sale now (or in some instances, pretty soon). 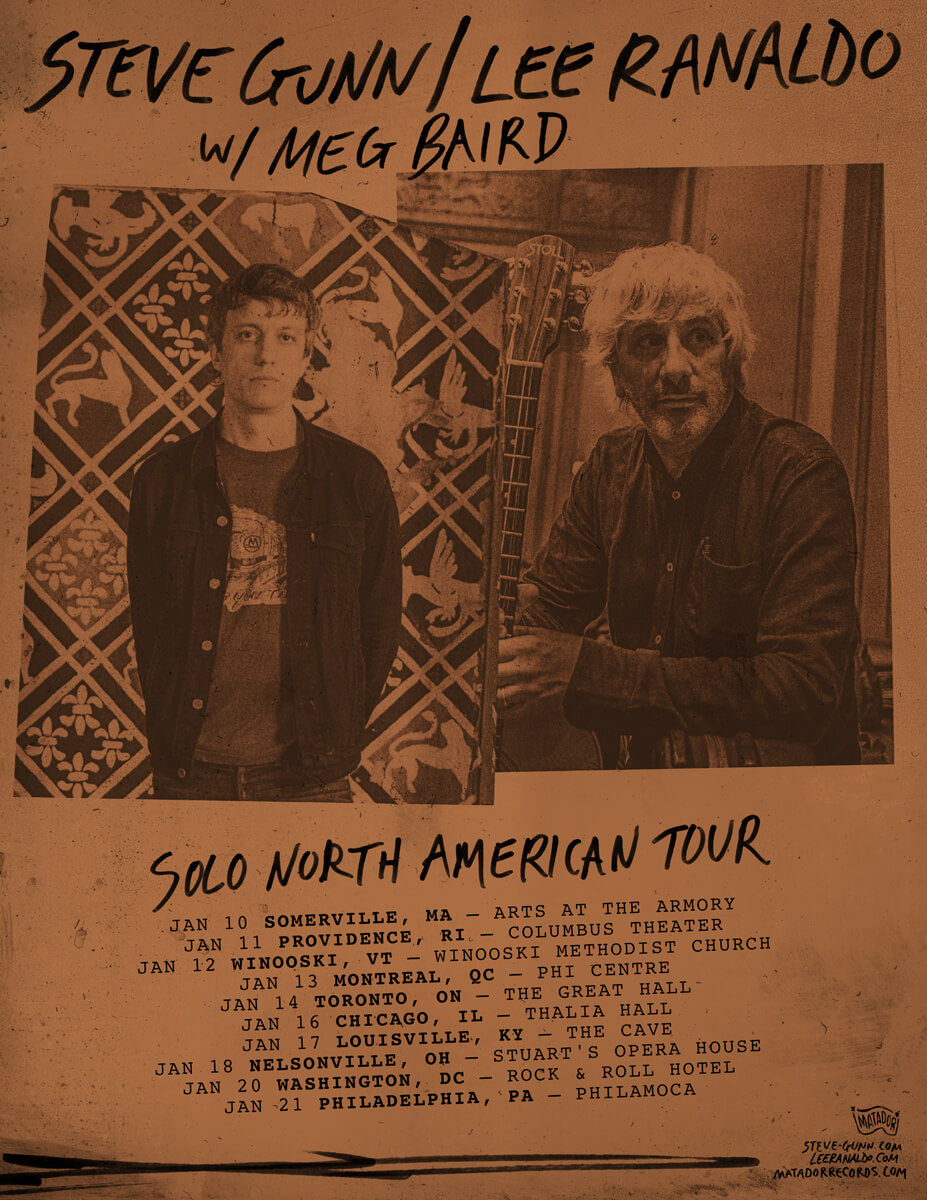 News from True Panther Sounds for you this morning...

“PULL UP” on a typical night out in NYC with ABRA and her BFF…  Drinking 40s, going to Chinatown, stacks of cash, motocross and ATV racing, “Scream” masks, late-night tattoo appointments.  Filmed on-location in summer 2016 with support from The FADER, ABRA says of the video, "Shout out to A$AP Tyy for bringing his boys out, and showing us a good time."

We've uncovered some excess inventory here at the expansive Matador Warehouse™ and that can only mean one thing, sale time. We've got 6 recent classics up for grabs at pretty much half off their normal retail price, but don't wait too long because once these are gone, they are gone for good.