Way too long ago we held a contest challenging you to create an alternate ‘Best of Spoon’ album as a playlist, with the winner being decided by number of followers. After an endless delay (THANKS, GLOBAL PANDEMIC), the winning playlist has been pressed as a limited edition LP ; ‘All The Weird Kids Up Front (Ma?s Rolas Chidas),’ available for the first time this weekend at independent record stores as part of Record Store Day Drops. Find out how to get yours here. #RSD2020

As we count down to Saturday, the second runner-up, Blair's #MyBestOfSpoon, is available for your listening pleasure here.

Tracklist, assembled by Jason Jezek
01 The Fitted Shirt
02 Don't Make Me a Target
03 The Beast and Dragon, Adored
04 Is Love Forever?
05 I Summon You
06 Out Go the Lights
07 Who Makes Your Money
08 The Ghost of You Lingers
09 Paper Tiger
10 WhisperI'lllistentohearit
11 Tear It Down
12 New York Kiss

On October 9th, Matador Records will release Yo La Tengo’s 'Sleepless Night' -- a six-song EP with one new song (“Bleeding”) plus covers of songs by The Byrds, The Delmore Brothers, Bob Dylan, Ronnie Lane, and The Flying Machine.

The tracks on 'Sleepless Night' were initially released as one side of an LP included within a limited-edition catalogue (published by LACMA and DelMonico Books/Prestel) for the LACMA exhibition, "Yoshitomo Nara", the first international retrospective for the artist Yoshitomo Nara (b. 1959). A longtime YLT fan, Nara worked in collaboration with the group -- Georgia Hubley, Ira Kaplan, and James McNew -- to choose the EP’s songs.

The Matador version of the EP is a single-sided 12” with original cover art by Nara, a drawing of the band by Hubley, and an illustration by McNew etched on the record’s flip.

We met Yoshitomo Nara in 2003, would see him at his art shows and our concerts. We dj’d at an opening at the Asia Society, and on another occasion he drew a picture of Georgia strangling me on a Gloomy pencil case that became one of Georgia’s prized possessions until it was stolen from her at the bar at the K-West hotel in Shepherd’s Bush. To make the catalogue of his 2020 exhibit at LACMA more personal, the idea came up to include an LP of some of Nara’s favorite songs as part of a deluxe edition.  We were asked to provide one side of the LP (and that one track be a new composition), with the other side being another six songs selected by Nara, in their original versions.  Here are the six songs we contributed to the LACMA record, chosen in collaboration with Nara.

I probably was introduced to "Blues Stay Away from Me” on NRBQ’s Workshop lp, working backwards to the Louvin Brothers and the Delmore Brothers (with a detour to Doug Sahm and Band). Our version was recorded by Mark Nevers in February 2011.  Charlie Louvin had died just a couple of days before. We were on a tour with William Tyler that came to an end in Nashville. The three of us and William and Kurt Wagner threw together an arrangement of “Blues Stay Away from Me” as a tribute and closed our show at the Exit/In with it. Since we were hanging around Nashville for a few days before going home, we went to Mark’s studio and recorded it.

“Wasn’t Born to Follow” was recorded by Gene Holder as part of the sessions that resulted in Stuff Like That There. Dave Schramm on lead guitar. I’m sure I heard the Byrds’ song for the first time when my mom took me and a bunch of my friends to see Easy Rider. (One kid was forbidden by his parents from joining us, as was my younger brother.  My dad took my brother to see Butch Cassidy instead, and I’m guessing my friend stayed home and did homework.)

Ronnie Lane didn’t write “Roll On Babe,” but his is the version we’re covering. James recorded it in Hoboken.  (And that song was among the songs Georgia played when we dj’d at the Asia Society.)

While making 'And Then Nothing Turned Itself Inside-Out' in Nashville, Roger Moutenot recorded Dylan’s “It Takes a Lot to Laugh, It Takes a Train to Cry” for a John Peel birthday show. As best as we can tell, we sent the one and only copy of the master to England. Yes, we’re as dumbfounded as you are, if not more so. After a lot of sleuthing, we came up with this.

“Bleeding” was written by us, recorded in Hoboken by James. Out today - the 25th Anniversary limited edition 'Alien Lanes' LP from Guided By Voices. This one was pressed on distinctive blue, red and green wax to mirror the patterned drumhead of the cover, also made available as a bundle with a true-to-the-original remanufacture of an 'Alien Lanes' bottle opener. Truly a merch piece par excellence. 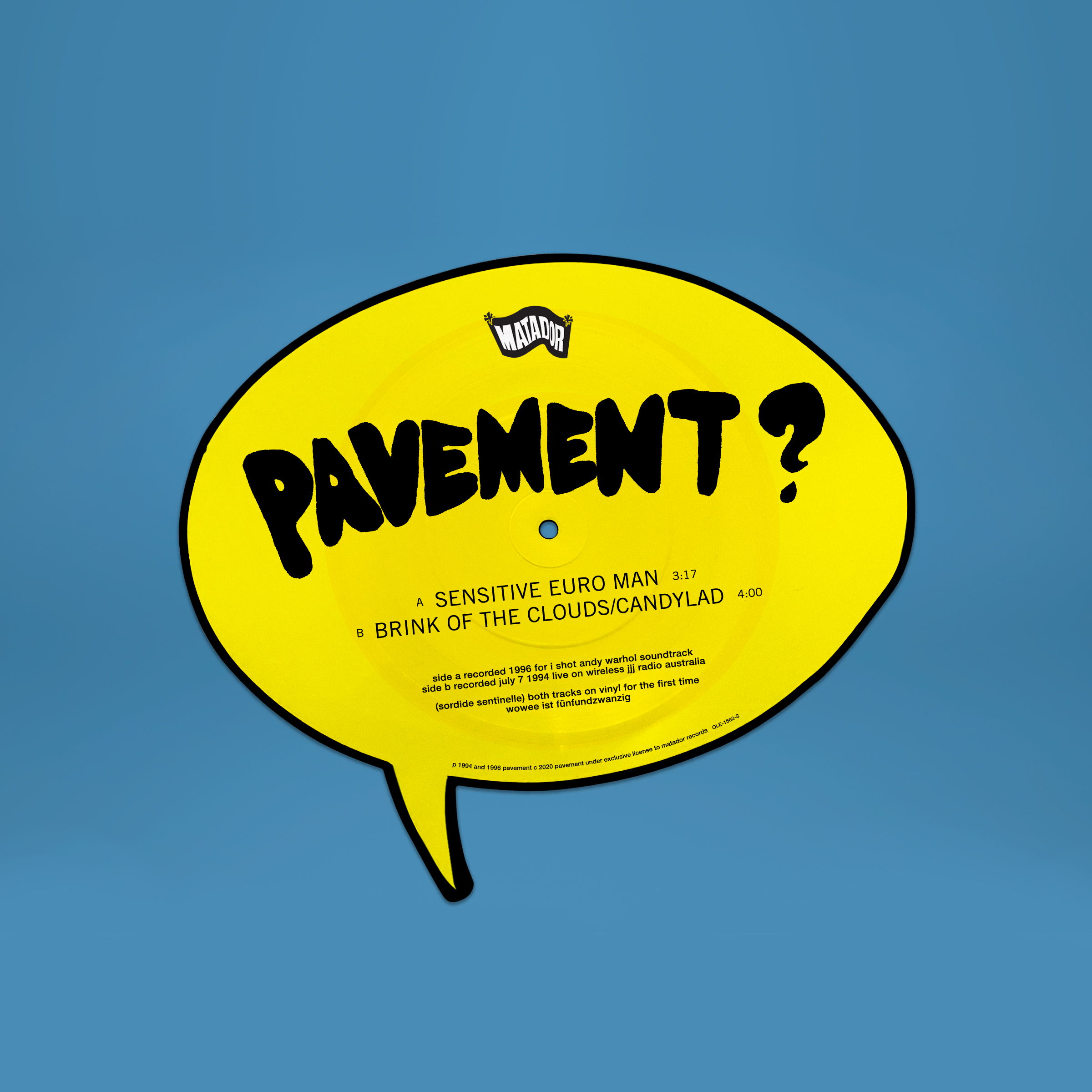 A bundle deal for the 'Sensitive Euro Man' shape disc plus 'Wowee Zowee' LP previously only available to US customers is now purchaseable via our UK & EU webstore as well. See here

Marking today's release, a full interview clip with Pavement's Bob Nastanovich - speaking on the recording of 'Wowee Zowee', the album's legacy today, and much more: 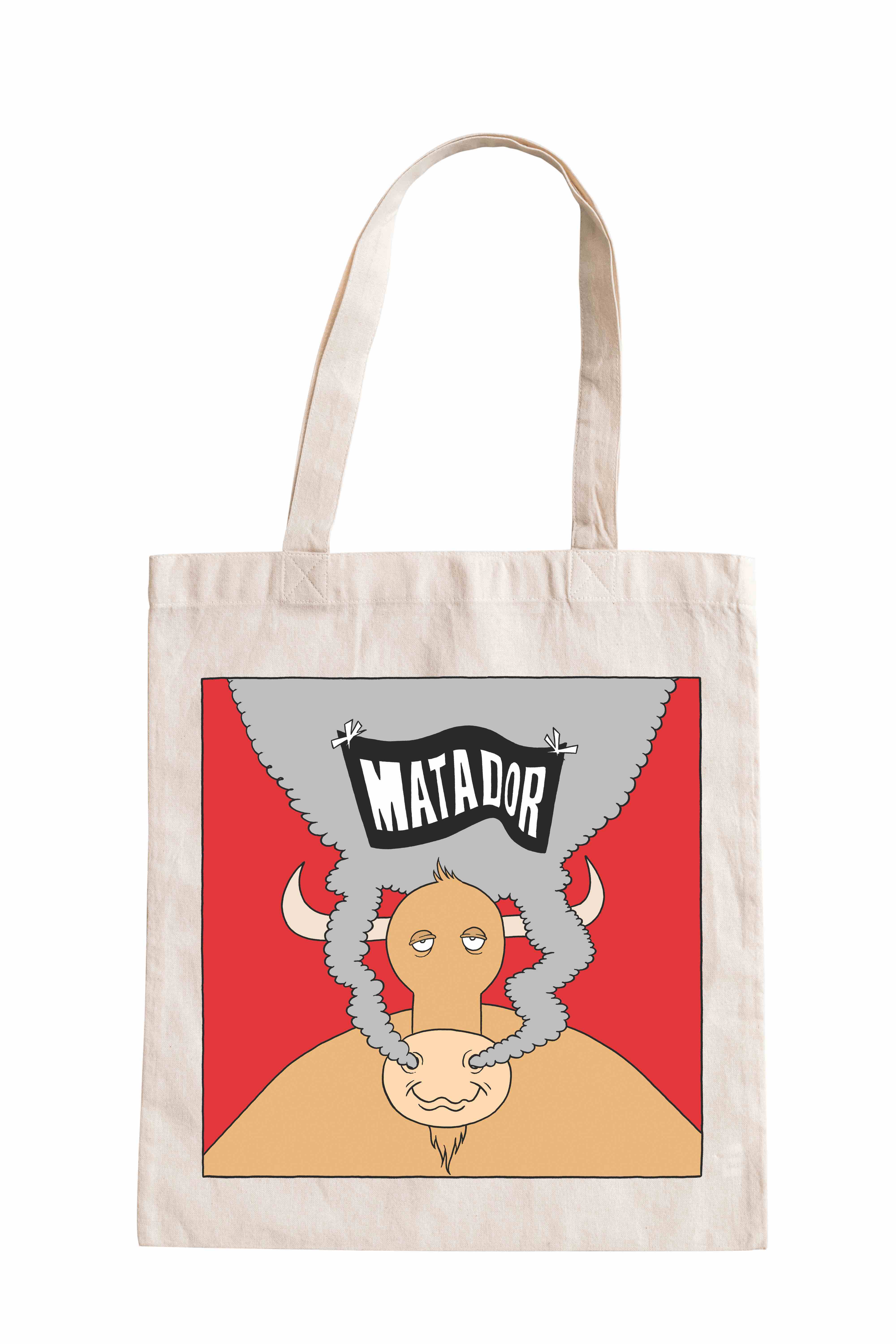 The new batch features a pocket t-shirt design available in small, medium or large - printed on a lightweight fabric - and a heavyweight, one-sized tote bag.

Available for pre-order here, both items will ship around September 4th.

Spoon - 'A Series Of Sneaks', 'Girls Can Tell', 'Kill The Moonlight' Reissues Out Today 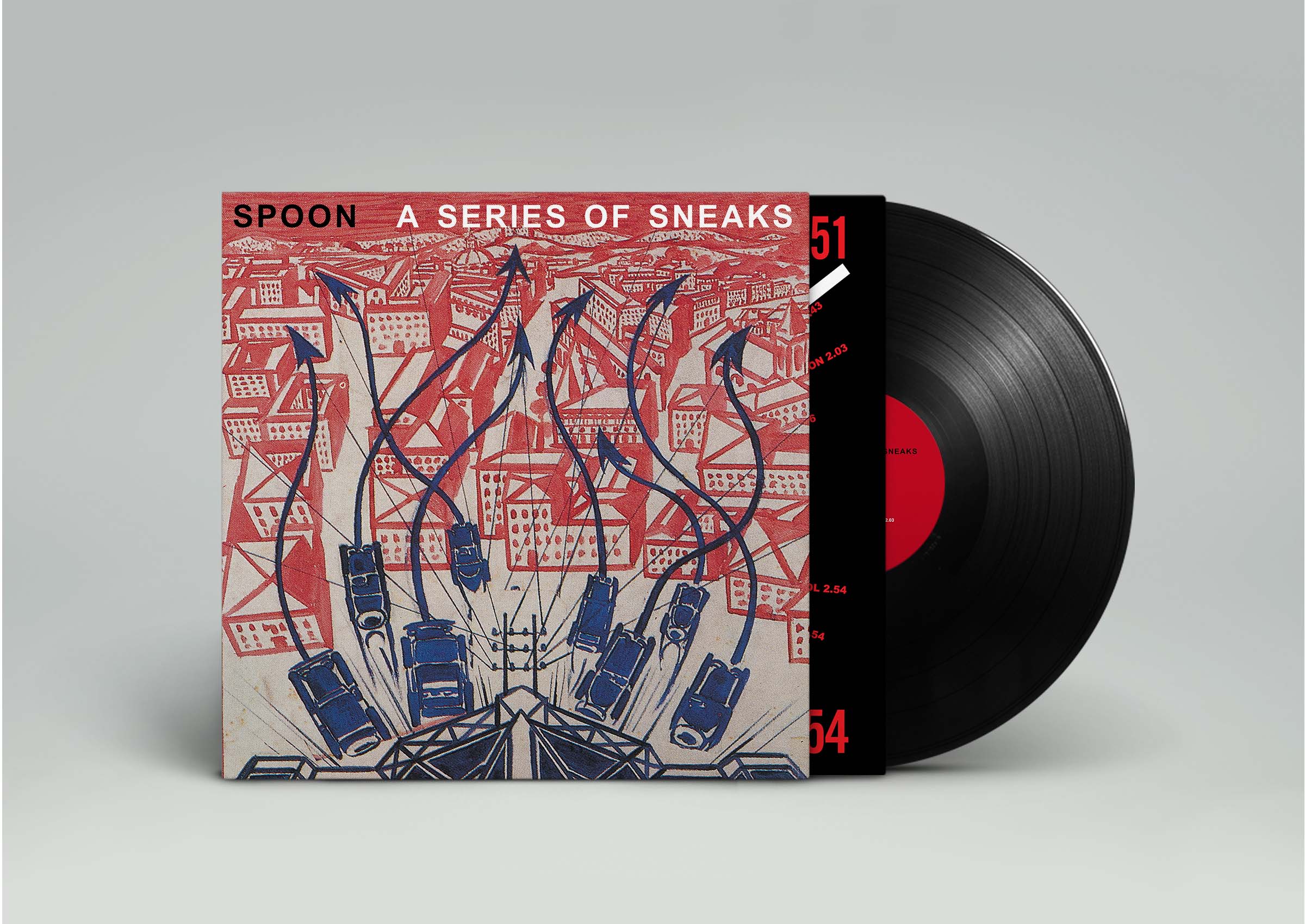 In addition, KEXP’s Cheryl Waters is marking the 'Slay On Cue' reissue campaign during her Midday Show, today Friday, August 14. Tune into KEXP at 12pm pacific / 3pm eastern for live recordings of songs from 'Transference', 'A Series of Sneaks' and 'Kill the Moonlight'

Today, King Krule is debuting a new video from his latest album 'Man Alive!' Directed by CC Wade and written by CC Wade and Jack Marshall, "Comet Face" taps into the aesthetic of classic horror movies, telling the story of a wild beast terrorizing Peckham, England. The visual features cameos from King Krule's band members, who also played supporting roles in the previous videos for "(Don't Let The Dragon) Draag On" and "Alone, Omen 3" and follows his animated visual for "Cellular," and is his third collaboration with Wade, who also directed "Biscuit Town" from 2017's The Ooz and the 2012 single "Octopus."

Additionally, King Krule is also announcing new "Comet Face" themed merchandise in the form of a t-shirt and print. Purchase at kingkrule.net. 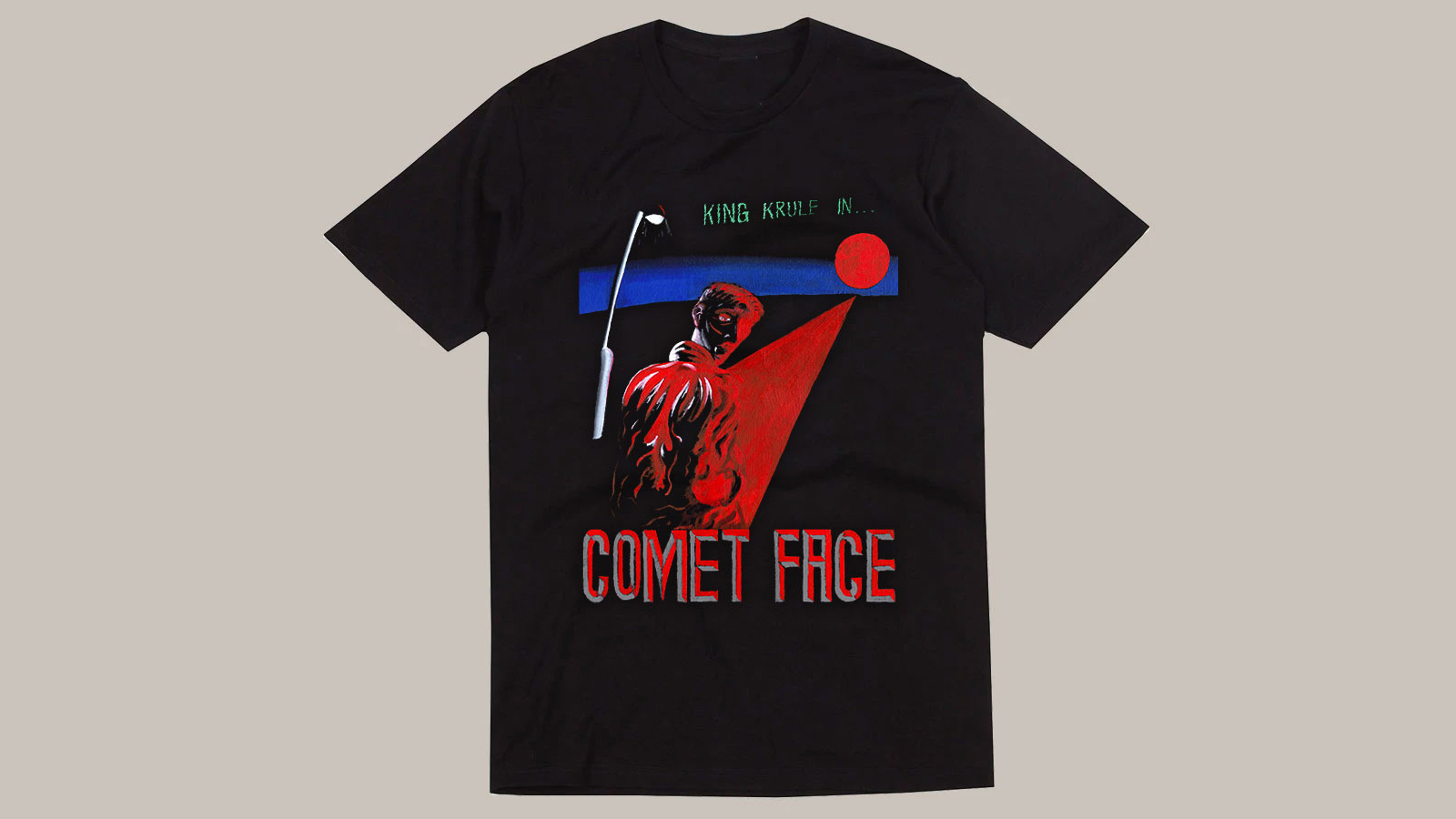 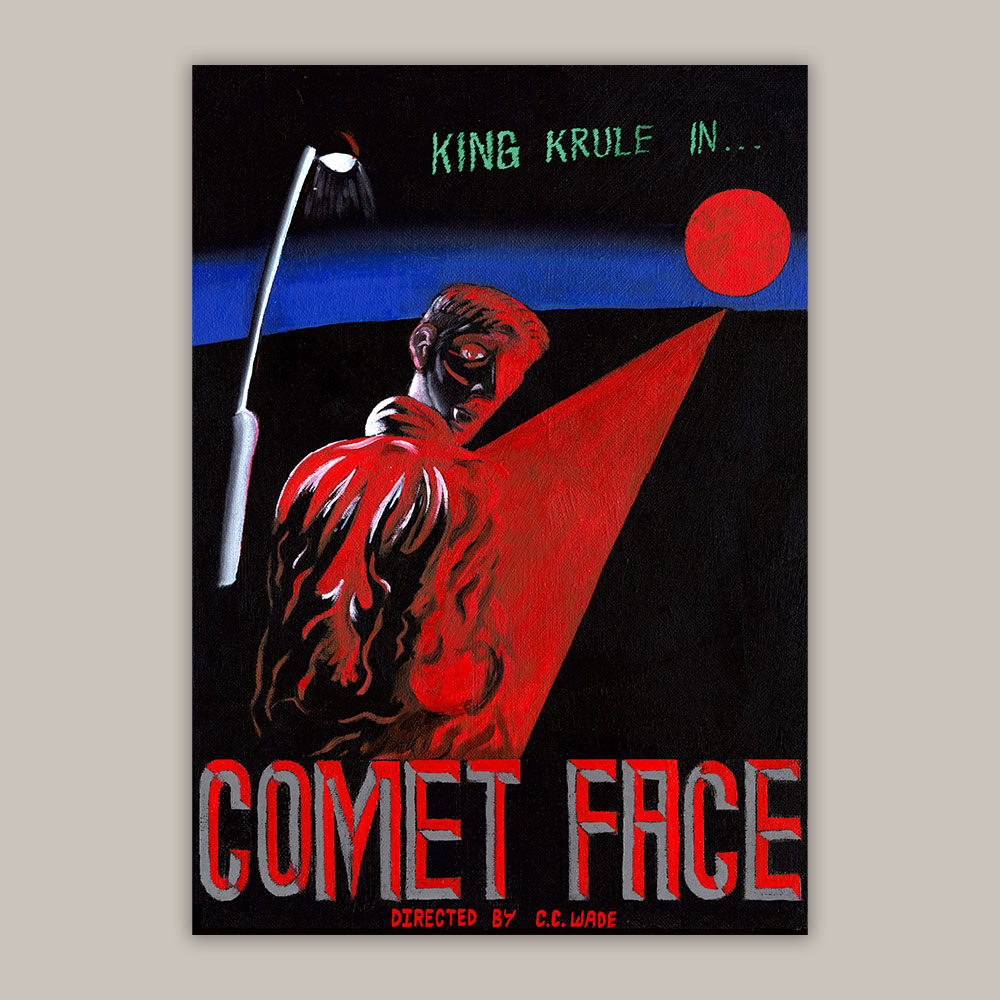 VIDEO : Perfume Genius - "Without You" (directed by Kirstin Massa)

The 3rd winner in the Perfume Genius "Without You" home video series is Kristin Massa's entry (above), premiering at 1pm EDT today.

Massa is donating her $1000 award to to RAICES, a non-profit organization in Texas that provides legal services and advocacy for immigrant children, families, and refugees. Every immigrant deserves the right to human dignity, and RAICES defends this right by providing legal services for thousands of children in tent cities, bond assistance, and by training pro-bono lawyers to aid detained clients forced to navigate the ICE detention system. By donating to this organization, you will directly contribute to the quality of life for immigrants caught up in the deliberately oppressive immigration policies in the United States.

VIDEO : Perfume Genius - "Without You" (directed by Samantha Mitchell)

Second in the series of 3 winners of the Perfume Genius video contest for "Without You" is Samantha Mitchell's clip (above).

Mitchell is making a donation to the Baltimore chapter of the Sex Workers Outreach Project. "Sex work is work. The Sex Workers Outreach Project is committed to ending violence and stigma against sex workers. Their national social justice network that advocates for the fundamental human rights of sex workers, including harm reduction, positive representation, and decriminalization."