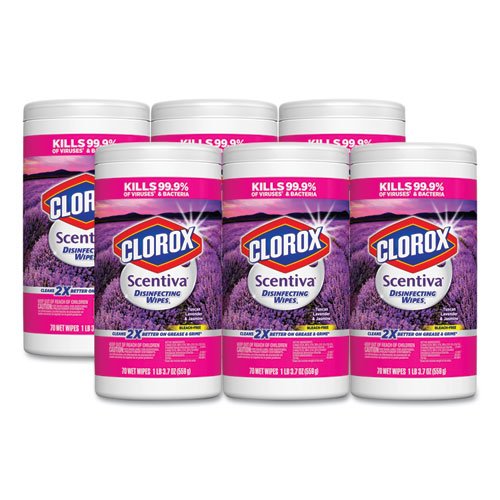 (Congratulations to the landslide winner of the Matador Artists & Staff Poll for Person Of The Year 2020 to Clorox Scentiva Wipes.)

(Around this time every year, your underappreciated editor attempts to coax a list of favorite recordings, books, television programs, life events, etc. out of the label’s artist roster and our entertainment business cronies. In the past, this exercise has been an exacting process, fraught with nagging, GUILTING and no shortage of reluctant participants, some of whom actually changed labels or places of employment or their identities/physical appearances to avoid the chore. Even worse, we sometimes overlook persons currently recording for or working for the record label (either that or they saved their list for Brooklyn Vegan)

Keep in mind, we're about to close the books on the WORST YEAR EVER and perhaps persons with some sense of perspective or empathy have other things on their mind than shouting from the rooftops about their cultural cachet.  Thankfully, none of those persons can be found below or it would be a really short list.

For some historical perspective, here’s last year’s selections. Questions or comments about our predictable tastes and/or inexcusable omissions are welcome (but not so welcome that we’re inclined to comment or reply).  Last year, industry titan Mike Sniper correctly predicted that such lists would be broken down thusly, “half hugely famous commercially viable things that TMZ would report on, the other half off-kilter and ‘weird.’ McDonalds Weird. Like The McRib.”,  but in 2020 I am happy to report that all participants had some much extra time to bask in new creations, we're no longer confined to a Carly Rae / McRib dichotomy.  That's what passes for progress, at least in list-compilng land.

On behalf of Matador's owners, investors, legal representatives and  street team (none of whom are allowed on the actual street any more due to liability issues, so we just pay them to make crank calls to Sub Pop), here's wishing you, your families and friends a safe & happy holiday and thank you, as always, for putting up with us.  And without further ado, let the coronoation of 'Diplo Presents Thomas Wesley Chapter One : Snake Oil' commence. – Gerard Cosloy) 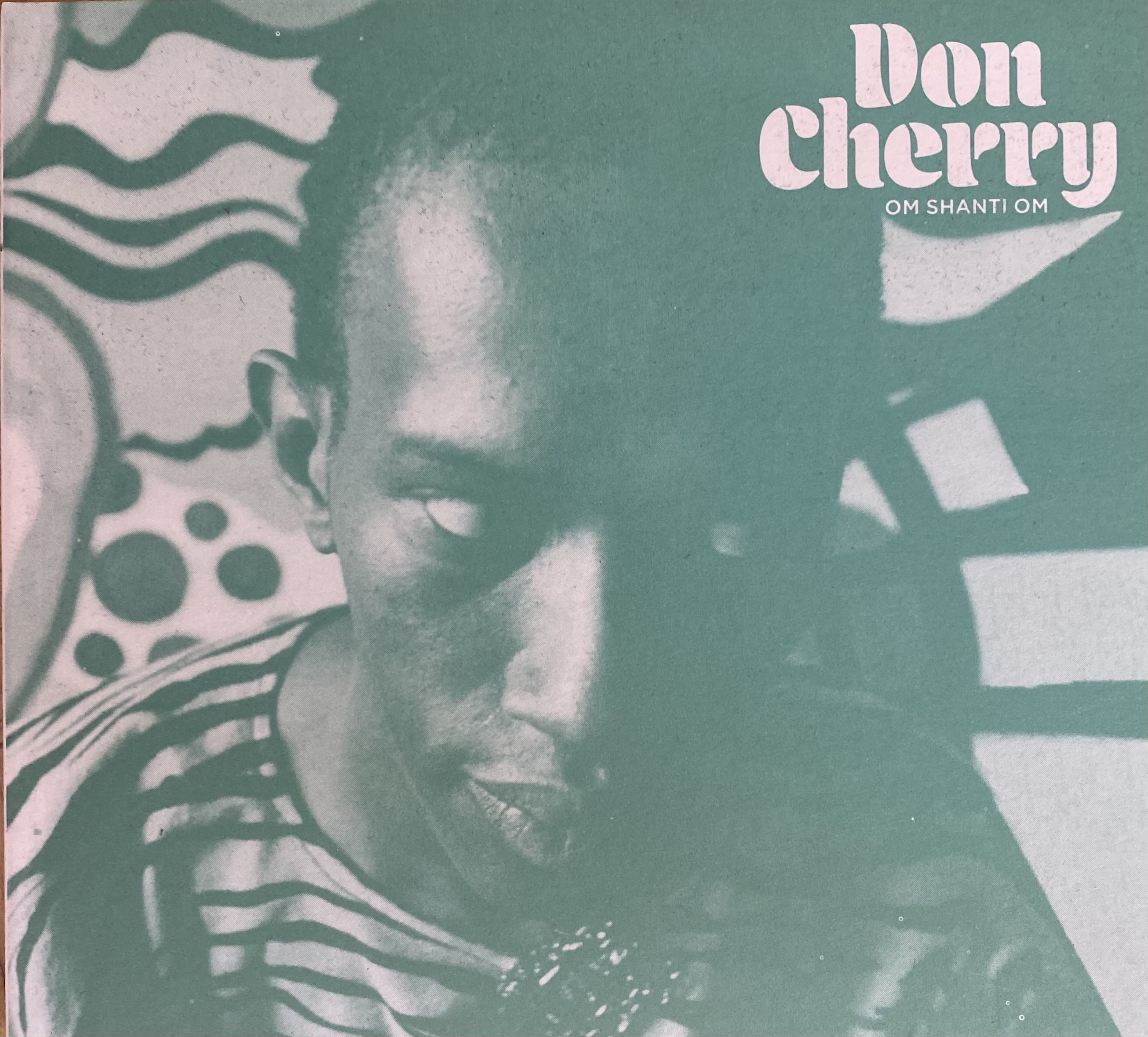 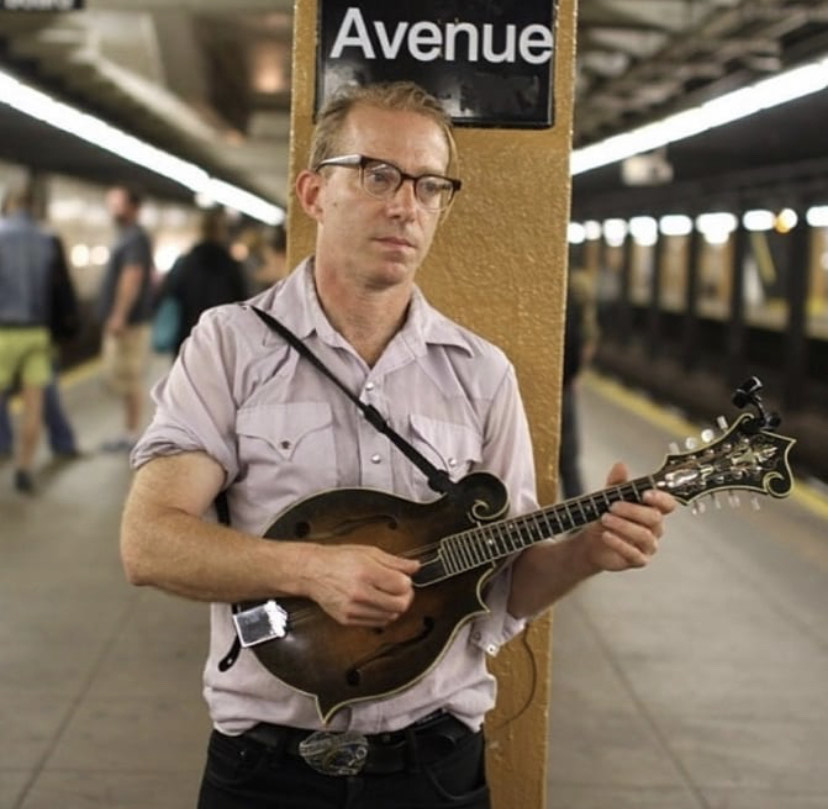 Georgia Hubley, Yo La Tengo
TEN THINGS I DISCOVERED IN 2020
1 George Sanders was married to Zsa Zsa Gabor.
2 You can freeze just about anything and it’ll taste pretty good weeks, months later.
3 Potatoes and onions don’t like to be stored together.

4 Viola Smith, “fastest girl drummer in the world” died this year at the age of 107. I’d never heard of her. theLAnd Magazine quoted her as saying “Maybe it’s the drums that have kept me spry, or the wine, or going to the casino.”
“Why not let the girls play in the big bands?” she wrote in an editorial for Down Beat titled “Give Girl Musicians a Break!” that I read about in her NYT obituary. “In these times of national emergency, many of the star instrumentalists of the big name bands are being drafted. Instead of replacing them with what may be mediocre talent, why not let some of the great girl musicians of the country take their places? There are many girl trumpet players, girl saxophonists and girl drummers who can stand the grind of long tours and exacting one-night stands,” she continued. “The idea of girls being able to play only legitimately is a worn-out myth now.”
That did the trick.
5 There were two US presidents named Harrison and one of them was President Benjamin (1889-1893) who declined to take advantage of the new electricity recently installed in the White House. I found out about this by watching chef David Chang impressively win a million dollars for his charity Southern Smoke Emergency Relief fund on Who Wants to Be a Millionaire.
6 I like Elvis a lot. I watched four Elvis movies in the last 3 months. One documentary, two concert films and one that he starred in.
7 I see a neighbor, whose window is about 10 or 12 yards across from my kitchen window, spending a lot of time at a desk, presumably in front of his computer. I worry about his blood circulation. And also that he can see me opening and closing my refrigerator about 70 times a day.
To be fair, some of those times are when I’ve opened it and forgotten why, and then I reopen it about 3 seconds later.
8 Elvis really liked Monty Python. I knew that and forgot, but I just relearned it.
9 Little Richard used to defecate in his mother’s jarred preserves as a youngster.
10 I can make chopped chicken liver from scratch and it’s not bad! Small Axe : Lovers Rock
I may Destroy you
The Crown 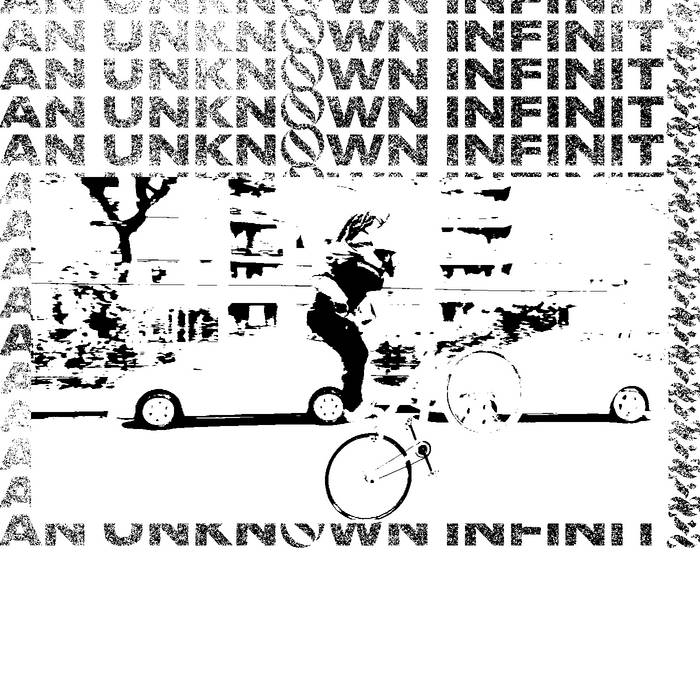 Steve Cross, Remote Control
20 tracks that got me through 2020
Soccer96 - I Was Gonna Fight Fascism

Blake Mills - Money Is The One True God

Malcolm Donaldson, Matador Records
20 new albums and (some new, some old) reads I enjoyed in 2020 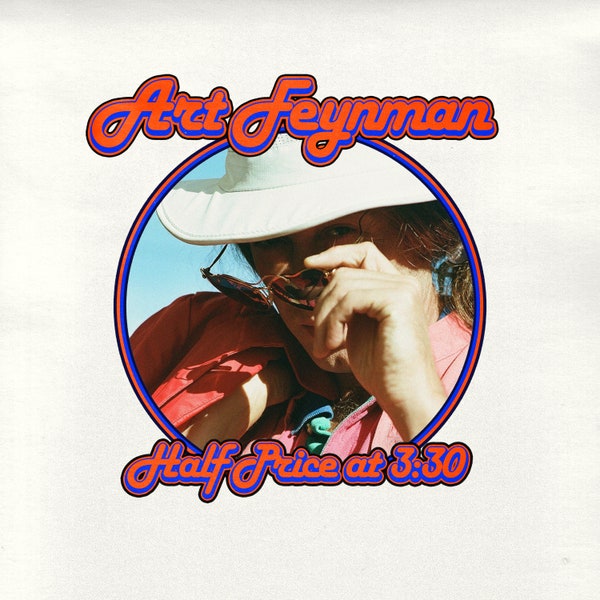 Pam Garavano, Beggars Group
15 new & 10 reissues albums I loved this year. I strive to never list albums I work on, but if I did, plum by widowspeak and clot by wax chattels along with the reissue of OXZ’s catalog are all aces. 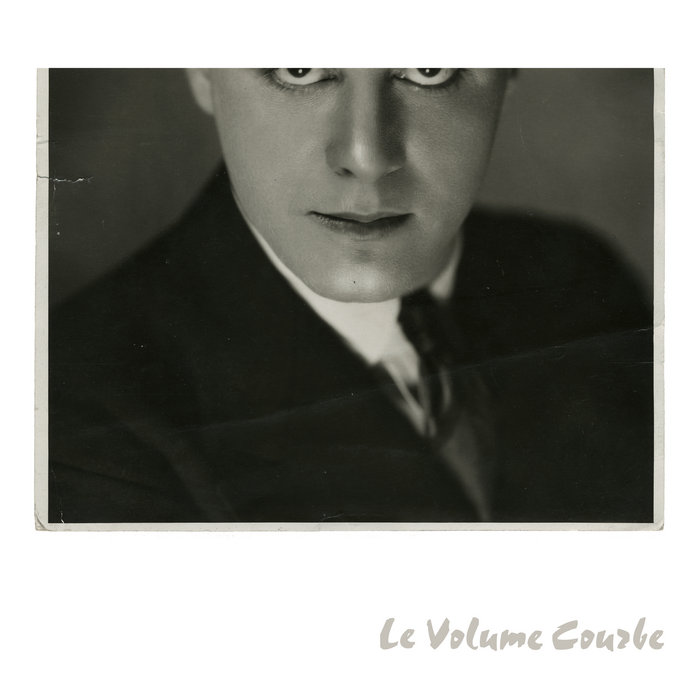 reissue:
dadamah - this is not a dream (grapefruit)
loscil - coast/range/arc (kranky) I moved to LA from the E.Coast in the summer of 2019, and my “Covid project” has been a deep study into all things LA Punk rock. Living in NYC, one gets a little locked into E.Coast stuff, so I had the rare pleasure of discovering a new old band. In the early punk days in LA, there was one band that ruled it all and influenced it all. THE SCREAMERS. I AM STILL MAD that no one told me about them ages ago. You have to click on all the stuff below and then you too can get SO excited about a band that never officially released an album and only existed from 1975-1981. Why didn’t you tell me about this band when I was 4? Here’s a list of things I have explored and enjoyed related to this band. Annette Lee, 4AD
Top 10 discoveries / things that have kept me sane during lockdown:
1. Schitts Creek
2. I May Destroy You Sweetie Zamora, Remote Control Records
My favourite releases of 2020 - a year of everything and nothing all at the same time.
Carla Geneve - The Right Reasons
Christine and the Queens - La vita nuova
Dua Lipa - Future Nostalgia 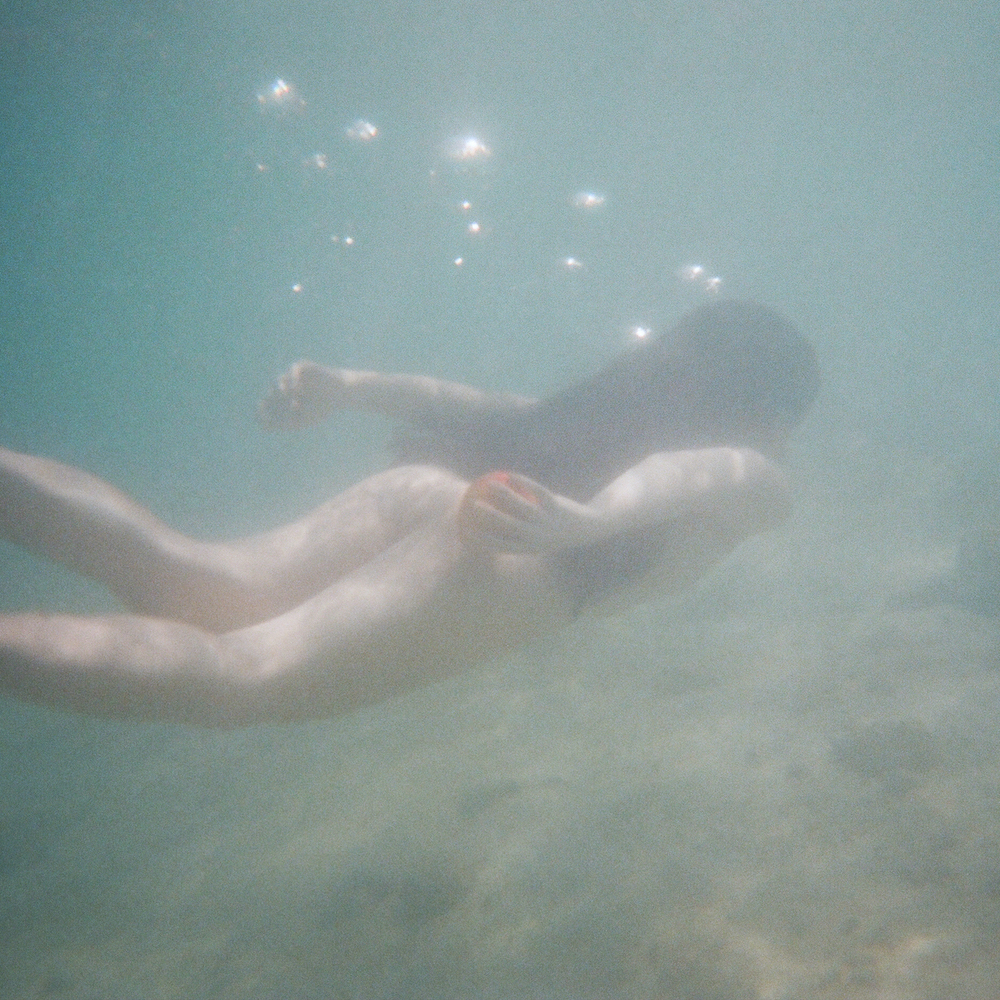 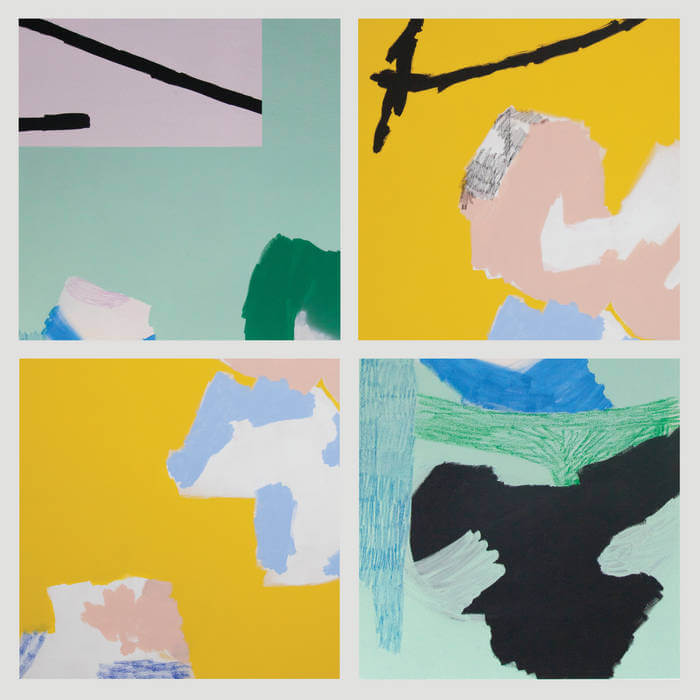