Following the cancellation of this weekend's Jabberwocky festival at the 11th hour, bands have been rushing to try and secure last minute shows to replace the failed festival.  For Matador artists, this is how the weekend currently looks, though as we've learnt this past week, not all times will be set in stone.

DARKSIDE were not able to find a suitable venue for the weekend (but still play Bestival in September). For the latest updates keep an eye on jabberwockyfallout.com.

Rough Trade employee Sean Forbes is currently taking part in the new Vice/Noisey feature 'Record Store Dude', whereby they feature 'those in the know' giving you the low-down on whats really happening, from their perspective on the other side of the counter.  So far this year he's been kind enough to publicly trash both Fucked Up's Year Of the Tiger, and now the Ceremony album, Zoo.

Let Sean's advice help you to sift through the rubbish currently out there and uncover the real gems of the moment... like Lana Del Ray and the Ting Tings.

Fucked Up - Year Of The Tiger 'reviewed' here:

If Something Great Comes Out In The Next 17 Days, We Don't Wanna Know ; Matador Artists, Staff & Pals Tie A Bow Around 2011 The whole year-end Best-Of thing has gotten completely out of hand. For starters, I hear Sub Pop published theirs on Labor Day. Spin's list featured 4 albums from the same NYC indie in their top 11 ; even Vladimir Putin thinks there's something screwy going on.  Still, even though such polls reek of patronage and self-congratulation, some traditions die hard around here.  And without further ado, we present the 2011 edition of "Hey Check Us Out, We Like Cool Stuff".  It is our fervent hope that after scanning these lists, you'll find a hidden gem or two thoroughly ignored by the mainstream media. Or failing that, you won't resent us too much.  On behalf of the entire Matador Records family, we thank you for making 2011 one of the least litigious in our history, and here's hoping 2012 is equally crammed with joyous milestones (weddings, births, elective plastic surgeries). Though I'd settle for a new Cat Power album.   Lists after the jump ;

Shintaro Sakamoto, How To Live With A Phantom (Zelone, JP) 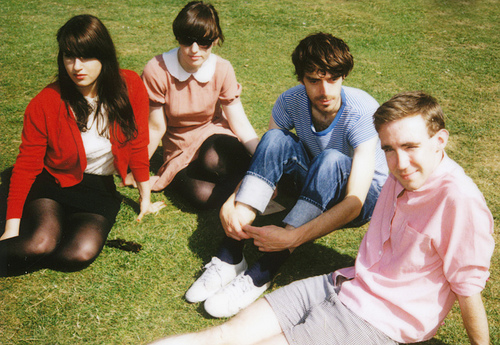 Best (non-human) things in the world : J. Mueller, this guy, this place. That's enough oversharing for one day.

If the headline above fills you with questions, questions such as 'why would I write to the FCC?' or 'what's KUSF?' or 'isn't the Belle And Sebastian plug kind of gratuitous?', well, allow me to answer the first two.

The condensed version: KUSF is the University of San Francisco's community radio station, and has been since 1977. That means they've been around almost as long as The Fall (though I don't think they've had as much staff turnover). Last month, USF secretly sold KUSF's transmitter, abruptly took them off the air, and kicked everyone out of the station, with plans to transition the place to an Internet-only concern. Not surprisingly, KUSF's DJs and staff, almost none of whom had any notice of the sale until they were escorted from the premises, think that's a pretty fucked up thing to do, and we agree with them (as does Ty Segall).

By now you may be wondering what you can do to help KUSF get back on the air and back to being the incredibly valuable community resource it's been for over three decades. Well, as the title of this post states, today is the LAST DAY that you can write to the FCC urging them to stop the sale. There are succinct directions on how exactly to do so posted HERE.

Additionally, the exiled KUSF volunteers have set up a Paypal account for people to donate toward their legal fees. Generous souls can open up their pocketbooks HERE.

Columbus Individual Promises : "WILL BE A DIVISIVE INFLUENCE FOR FOOD"

The only thing I don't like about this Craigslist ad is that the person who placed it might not be available to fulfill a similar service in other U.S. cities (link swiped from Terminal Boredom)

Are you in a band that's not going anywhere? Is there a particular member of your band that you want to be rid of but he's your best friend from grade school and you don't want to hurt his feelings? Did the bassist and your lead singer break up recently and now practice is three hours of awkward? Then I'm your guy.

Here's how it works. You bring me in. I play guitar. Doesn't matter if you need one, just bring me in.

Within 6 weeks, major changes will happen with your band. The drummer will accept a job offer out of state. The keyboardist will announce that he's getting married and the fiancee isn't into the whole band thing. The singer will be offered a better gig. One way or another, the band will fall apart. For my part, I won't say much or talk about anyone or complain. I'll just learn the songs, show up early for practice, and basically do whatever's required of me.

But we will never play out. The band will dissolve before that ever happens.

In some cases, just firing me will be enough to get your band moving in the right direction, but to be honest that doesn't happen very often. Usually it's something innocuous and it causes the band to break up.

Here's the deal, though. Some of the remnants will re-form a new band and they will thrive.

I'm asking for $300 up front. It's up front because, face it, we're not going to make any money gigging. 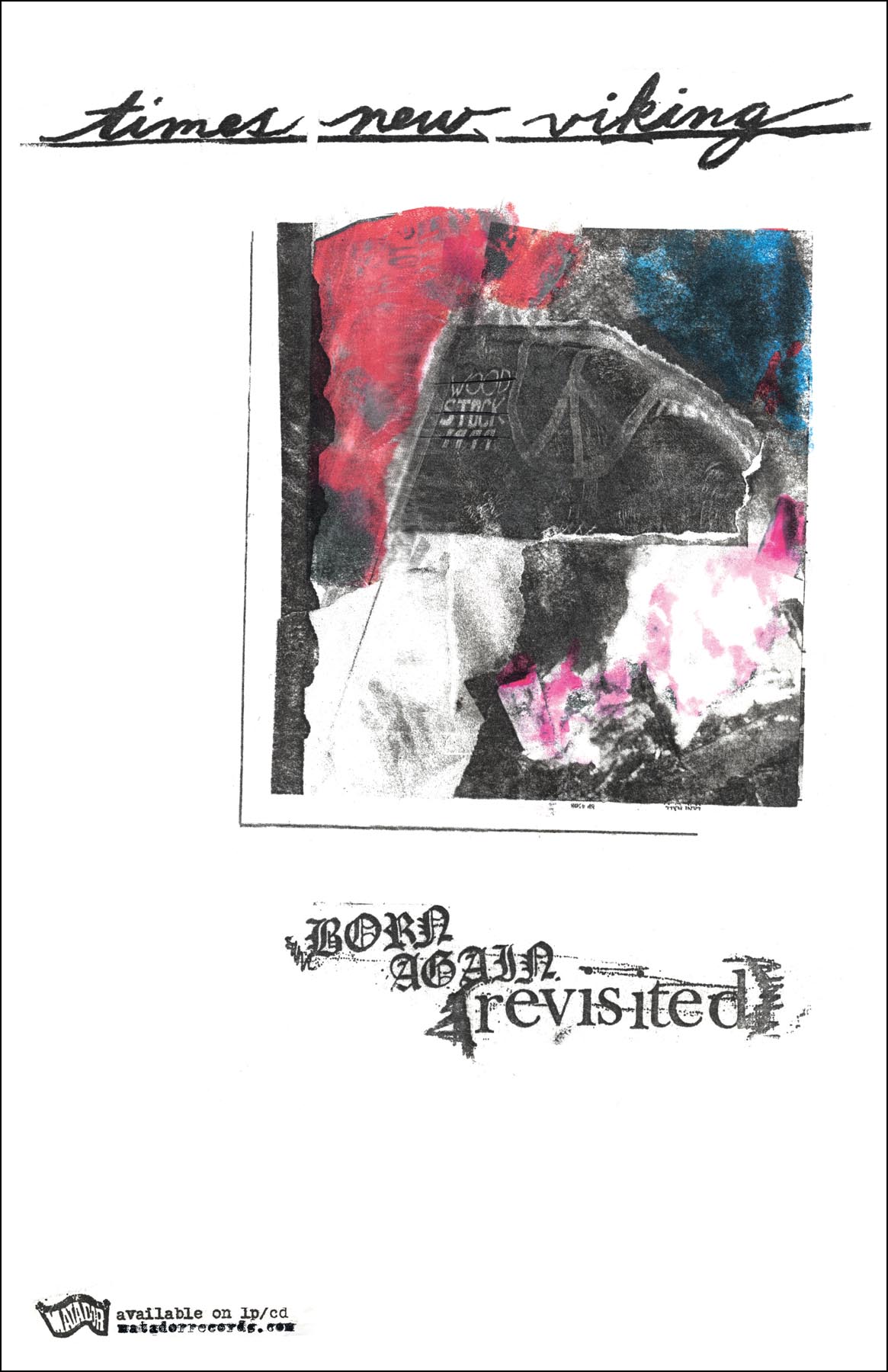 For some people: Burt Reynolds, Larry Merchant, Leslie Nielsen, and Jennifer Aniston to name a few, 2/11 can never be forgotten, it's their birthday. For sports fans 2/11 marks the day Buster Douglas knocked out Mike Tyson (1990), Dean Smith (UNC) racked up his 600th career coaching win (1987), and Willie Mays became the highest paid player in baseball with an annual salary of $130,000 (1966). Others who are historically inclined remember 2/11 as the day Mandela was freed after 27 years in prison (1990), Dwight Eisenhower became the commander of allied forces in Europe (1943), and Pennsylvania Hospital, the first in America, was opened in large part because of Benjamin Franklin (1752).

So as I've demonstrated there are plenty of reasons to never forget 2/11. But in our humble opinion there is no reason more important than Times New Viking and their greatly under appreciated album of last fall, Born Again Revisited. So in doing our part to never forget 2/11, we're offering a free MP3 download of TNV's 2/11 Don't Forget with a few stipulations. 1) you play it loud and often, and 2) you never forget 2/11. We never will.

A special album release listening party [presented by INSOUND and IMPOSE Magazine] for the upcoming GIRLS record, Album, and Times New Viking's Born Again Revisited will be on Wednesday, September 16 at Bruar Falls (245 Grand Street) in Williamsburg, Brooklyn starting at 9pm. Both records come out on LP/CD/Digital on September 22nd. All attendees will receive a promo coupon from Insound for a special %discount on the pre-order! And of course: we will have ticket goodies and music giveaways.. We are having some serious party moments in eager anticipation of the release of Earles & Jensen's "Just Farr A Laugh Vol. 1+2" on May 6th. We've been looping the sampler, rifling through our legal documents, and sending out pre-orders. That said, everyone knows that a party isn't a party without some bonafide DANCE MUSIC (and pizza). Thanks to Mixmasters AeFlo, DJ Rainstick, and the words of our fave E& J character, Bleachy we've filled this vacuum...Glowsticks required!

You can still PRE-ORDER "Just Farr A Laugh Vol. 1+2" and get a few dollars off of purchase and a free poster!

If you've not been following the adventures of the recently evicted Mike Conte of Early Man, a quick scan of the amazing videos posted at the new Early Mike.com should sort you out.  However, what might arguably be the site's highlight are the "Ask Early Mike" clips, the latest of which was posted this Monday.