This paper's admittedly been a little lax in its Violent Femmes coverage, but hopefully you'll cut us some slack with this posting of Ceremony covering the 1983 hit, "Kiss Off'.

To boot, Ceremony have added a few headlining dates sandwiched between their gigs with Bloc Party (new dates below in bold)

An Apology from Sandbag to Buy Early Get Now customers Following on from last week's blog post, we have finally resolved the problem on the delay of orders with Sandbag getting orders of the Fucked Up BEGN 7"s out to UK and European customers.  A message we received today from Sandbag follows.

Once again, we've sorry for this and are making changes to make sure this can't happen again.

Sandbag is nearly 10 years old as a company and has been very fortunate to be involved with very many excellent projects. These projects have ranged from enabling Oxfam and the Make Poverty History coalition to raise awareness and millions of pounds to help those that really need it, through to ethically manufacturing merchandise for the likes of Adele and The xx. For several years now, Sandbag has helped the Buy Now Get Early team deliver some amazing music around the world.

We have hundreds of thousands of customers every year and we do our utmost to look after each and every one in the manner that has established our reputation as a company that looks after the fans.

Unfortunately, in rare instances, things sometimes go wrong. Prophetically, something did go wrong with the Buy Early Get Now – Fucked Up campaign.

Very simply, human error led to many customers not receiving the products that they had paid for. We have now shipped these orders and apologise for the delay in Buy Early Get Now customers getting their music. 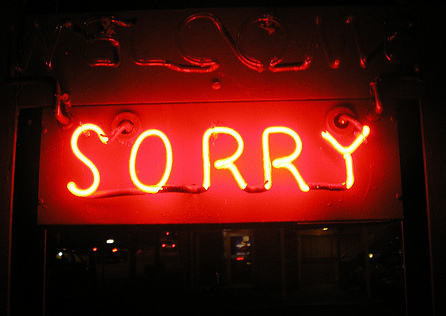 It has now been several weeks since we released the latest, greatest Fucked Up album David Comes To Life, but for some of you in Europe who bought the "Buy Early Get Now" option we know you're still waiting for your bonus 7"s to reach you, which we're really very sorry about.

There's different factors which have affected the delivery time of these reaching you, a later than expected shipping from the US manufacturer to our European distributor (Sandbag) meant we were a few days off missing the June 28th release date, which was followed by an internal error at Sandbag where they mistakenly shipped out one of the 7"s individually, followed by the rest of the (three) 7"s in another shipment.  We've been told by Sandbag that all orders have now shipped (on July 13th/14th) but that before they can claim the items were lost in the post (by Royal Mail) they have to allow 7 days.

This means: your records have been posted and should be on their way to you, hopefully you'll be enjoying them right now.
But, if you still haven't received your packages by tomorrow you can get in touch with Sandbag directly ([email protected])  to pass on your details so they can make a claim with Royal Mail. Some people on the Fucked Up Facebook group are reporting that they have started to receive their records, so they are (slowly) getting out there.

We're very sorry for all the hassle this has caused and are looking to put it right in every way we can. 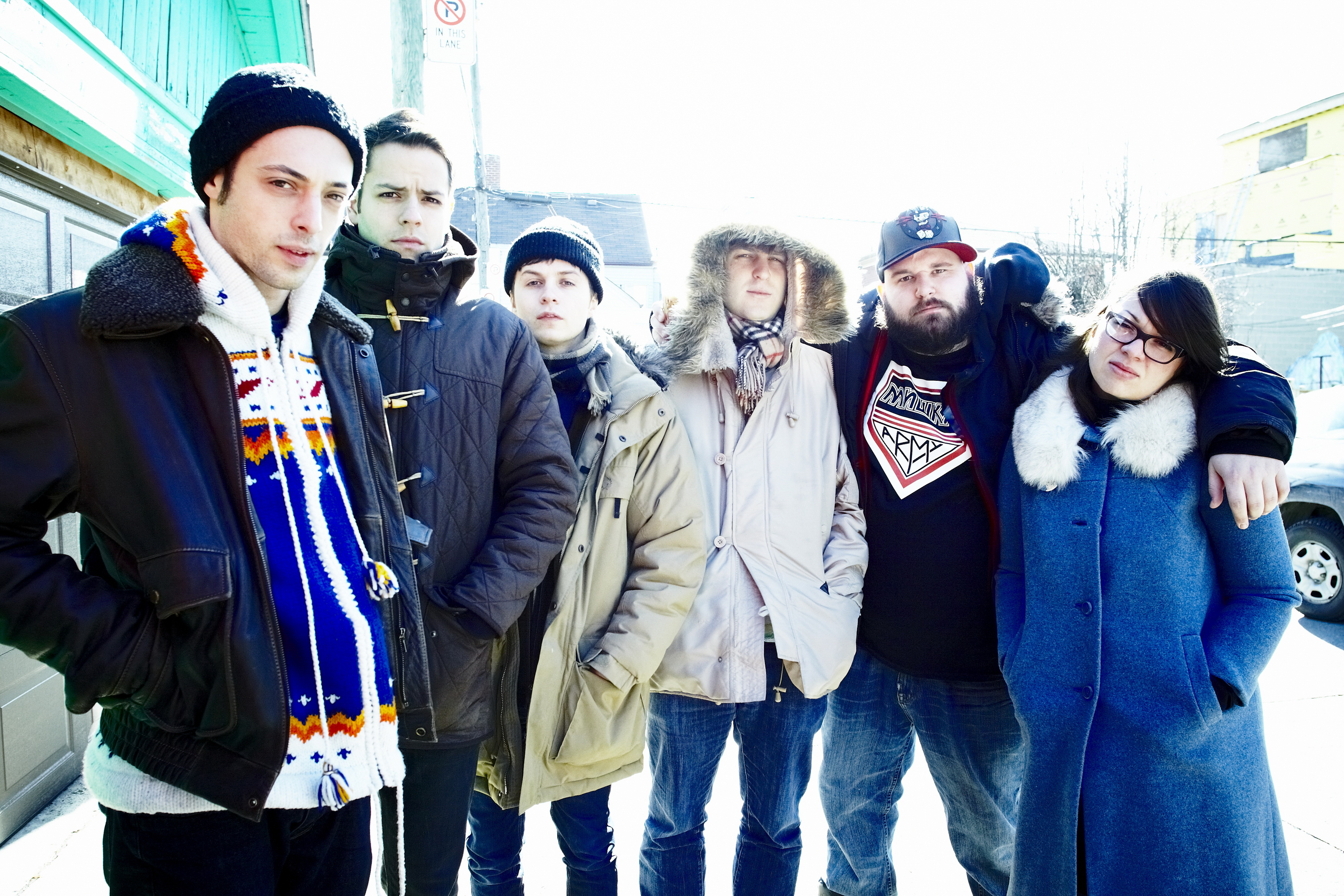 Sadly due to 'unforeseen circumstances' in the Against Me camp Fucked Up's previously announced european dates with them have sadly been cancelled, however the dates with Arcade Fire later in the year are still all good and going ahead! For refunds on any tickets bought for the Against Me shows please return them to the point of purchase.

You can still catch Fucked Up in Europe later this year at the following shows:

There has been some complaining that the hot dog pics were making people feel too hungry or something, so I've uploaded this instructional placeholder image to bump them down to the next level. The person who was complaining sometimes looks like the guy with the tongue out in the middle, so hopefully this will offer some kind of matablog solace.

All Wrongs Reversed : The Internet Is One Tough Town

Last week I pressed the old school Clyde Kane button and went (mildly) apeshit on an unnamed participant from the Sonic Youth message board. I would like to apologize to this individual for the following reasons :

1) He did not, in fact, call this label "a big heap o' crud".
2) At no time did he hold us accountable for our failure to make Railroad Jerk (or any other band) "as big as Interpol".

Though I did not directly quote anyone, this was misleading on my part and I apologize. I was trying to make a larger, somewhat exaggerated point about the nature of message board criticism and how this label is held to a funny standard..and that our role in any band's commercial prosperity is sometimes overrated or at least mischaracterized.

That said, I did so by alluding to actual quotes (even using one)...and not merely paraphrasing others, but coming up with a couple of over the top examples, out of the blue. While that made for a funnier blog post (in my estimation), it also wasn't very fair.

From time to time in Matador history, we've taken exception to criticism from the media or the public, but we've always tried to engage in some kind of dialogue, even if it gets a little absurd at times. However, if I'm gonna take offense --- even to express mock outrage --- at inaccurate or biased accounts of Matador's history, it is counterproductive to paint a whole bunch of message board participants with the same brush.  Or to misrepresent one individual's complaints purely for the purposes of having a laugh.

We've stopped working with more than a few bands over the course of 19 years.  Some left Matador of their own accord, others were dropped (though we love to use the euphemisms about "contractual obligations being fulfilled".) We're rarely happy when these things happen, but it's not necessarily high drama in each instance, either.   They're kind of like divorces. Some are less amicable than others.  Sometimes there are reconciliations.

But in any event, we're incredibly fortunate that anyone gives enough of a hoot about this label's activities to debate or dissect our musical track record on a message board. And we're fortunate that some of you care enough about the bands to openly question if they've been treated properly.  If it weren't for listeners who took this stuff seriously, Matador probably never would've gotten off the ground. So in that sense, it's a bit precious for anyone at Matador (ok, ME) to put on the cranky helmet when someone calls us out.   Even if we think they're 100% wrong.

Finally, I would like to clear up one last misunderstanding. It is not true that I came across SY.com jabs at Matador by Googling the words "Fuck Matador".   For one, the circumstances surrounding our release of the 4th Jay Reatard single would've popped up much faster. For another, I do occasionally read things on the interweb --- blogs, web sites, message boards, stories about Patrick's stereo, staffers' Linked in profiles etc.  Just like anyone else. This isn't research or some attempt at controlling public discourse --- people have occasionally given us grief on the web. We know that's gonna happen and sometimes, it's warranted.  But we're participants in that discourse as well, sometimes for reasons entirely related to label PR, but more often just because we're interested.  People sometimes ask me, 'what's the most important lesson you, Chris and Patrick have learned from Tony Victory", and after I look him up on Google to make sure I don't get him mixed up with Tony Curtis, I reply that we're all about respecting the audience's intelligence.

ie. whatever we observe Tony doing, we try to do the opposite.

Last week, I failed to live by that credo.

In Every Dream Home, A (Fuhrerbunker) Heartache

From the Guardian's Karen McVeigh,

Bryan Ferry has apologised for remarks he made praising Nazi iconography. The 61-year-old singer sparked condemnation from Jewish leaders after he was quoted in a German newspaper describing the aesthetic behind Nazi Germany as "just amazing".

In an interview with Welt am Sonntag, Ferry also revealed that he calls his studio in west London his "Fuhrerbunker".

He said: "My God, the Nazis knew how to put themselves in the limelight and present themselves. I'm talking about Leni Riefenstahl's movies and Albert Speer's buildings and the mass parades and the flags - just amazing. Really beautiful. "

The singer, who is also a model for Marks and Spencer, issued a statement yesterday in which he said he was "deeply upset" by the negative publicity his remarks had caused. It added: "I apologise unreservedly for any offence caused by my comments on Nazi iconography, which were solely made from an art history perspective. I, like every right-minded individual, find the Nazi regime, and all it stood for, evil and abhorrent."