Circuit des Yeux (Haley Fohr) has released a new single and video taken from her Matador Records debut, '-io', out October 22nd. “Vanishing” is Circuit des Yeux at her most colossal, with driving strings that border on Bond theme-esque, leading to a howling chorus refrain with Fohr’s sonorous 4-octave voice at center stage. The self-directed video for “Vanishing” sees her veering between different personas and backdrops, channelling the multifaceted drama, absurdity and apocalypse which underpin the new album.

Vanishing is an account of climate change and loss through the final stage of grief.

In this video I embody our evolving consciousness toward Earth and its health by representing four characters.

Lemonade Lady is the evasive optimist who is unwilling to acknowledge her changing surroundings.

Prepared Weather Person is the anxious prepper; ready for the worst and isolated by fear.

The Mortal Sufferer gets blown away in a field and serves as evidence that us corporeal beings are at the behest of our environment.

And Worm Girl personifies the stoic reality that all things human undoubtedly decompose in time. 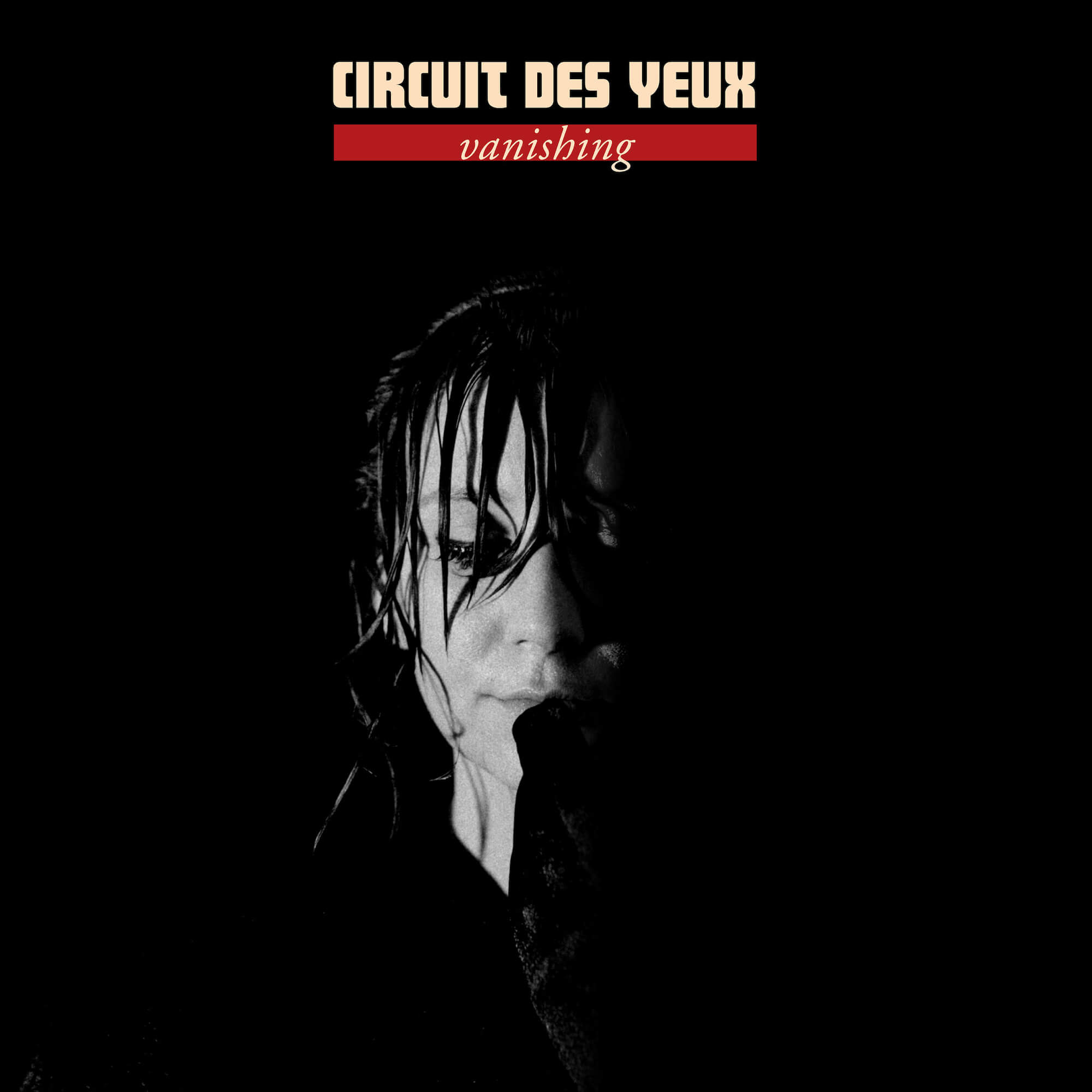 Circuit des Yeux has also announced European and North American tour dates for 2022. The live band, consisting of Fohr (vocals, guitar, sampler), Ashley Guerrero (drums), Andrew Scott Young (contrabass) and Whitney Johnson (viola), will be joined on select dates by a string section. This includes a special performance at the Barbican Centre’s Milton Court Concert Hall accompanied by a quintet of soloists from the London Contemporary Orchestra on April 6th. A full list of dates can be found below. Today, we bring you the second look at Circuit des Yeux’s Matador Records debut, -io. With sweeping strings and ornate vocal arrangements, “Sculpting the Exodus” brings the scale of the album’s ambition into sharp focus. The video was filmed in Chicago during the same session that yielded -io’s cover image, which captures vocalist/composer Haley Fohr suspended in void. To accomplish the shoot, Fohr trained with stunt coordinator Talin Chat (The Mandalorian) to perform a series of 5-7’ free-falls on camera.

Fohr on “Sculpting the Exodus”:

What is Sculpting the Exodus?
It is devotion. It is the well.
It is my grandmother going into hospice, writhing in pain.
It is reality exploding on an island made of sand. It is depression and the isolation of deep grief.
I was trapped in a choir of myself with nothing to grab onto but echoes of past selves.
It obliterated my heart until the only working parts of me were the appendages furthest from my mind.
A few notes here
A couple notes there…
The fingers were working when nothing else could. And I was fantasizing of leaving like I always do… 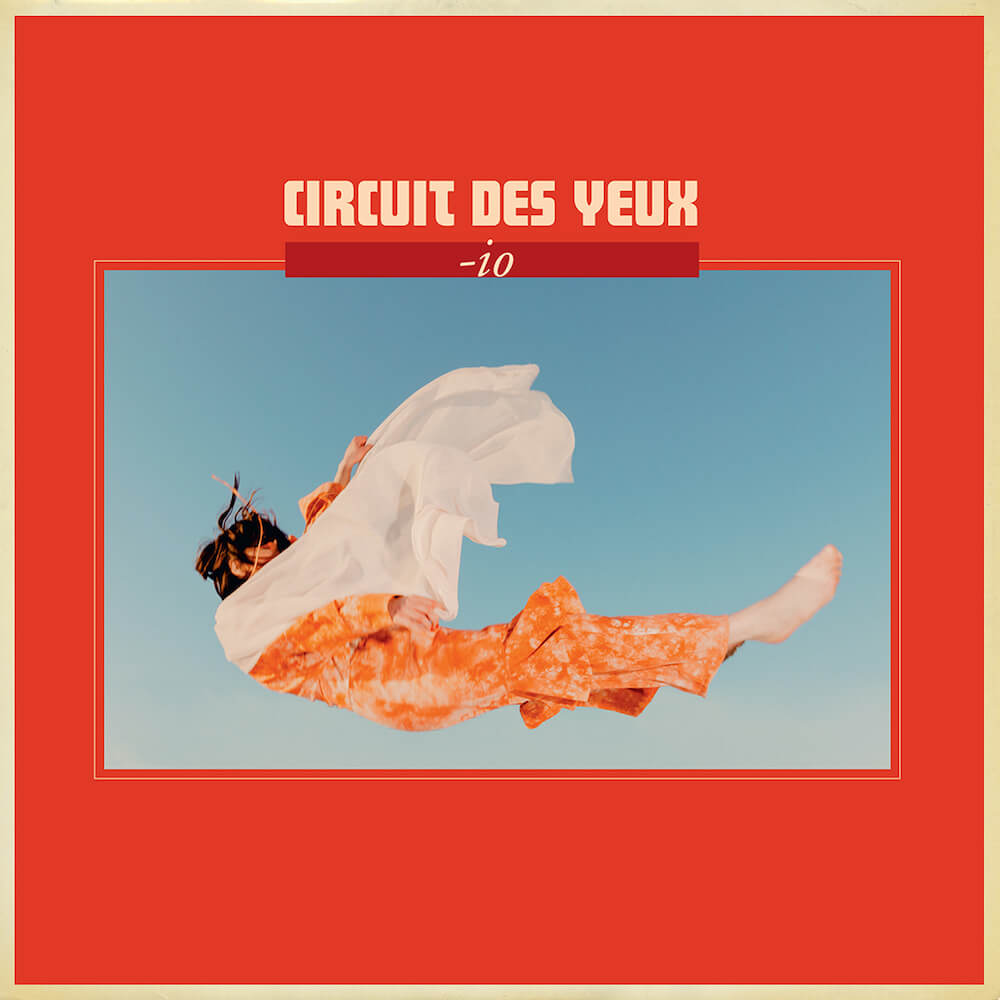 A celebrated figure in Chicago’s music community, she has released acclaimed albums via De Stijl, Thrill Jockey, and Drag City and toured throughout the world. However, '-io' is Circuit des Yeux’s most ornate and elaborate work to date – a set of compositions that nest Fohr’s otherworldly four-octave voice amid a 24-piece string, brass, and wind ensemble. The album was put to tape last fall by Cooper Crain at Chicago’s Electrical Audio studio and mixed by Marta Salogni (Bjork, Holly Herndon) with Fohr acting as arranger and producer. Written in the wake of personal loss and recorded in the midst of the pandemic, '-io' maps a geography of grief – a place where “everything is ending all the time.” While Fohr’s music has never been short on ambition, these songs are striking in their brilliance and strangeness. On '-io', Circuit des Yeux has delivered a work that is vivid, immense, and fully illuminated.

Fohr says of the first single “Dogma”: “Where there is faith there is violence. The story of civilization is complicated and layered with dogmas. At each individual’s incentive lies both a beacon and an instinct. The fool follows the outer while the idiot chases her interior. Society is a necessary subversion of the self. It is through time that our quiet alarms grow with great intensity until emancipation through implosion or explosion become imminent.”

This is how grief becomes a landscape.

Before the pandemic cast its weather of mourning on the world, and before she began weaving together her sixth album as Circuit des Yeux, '-io', Haley Fohr found herself grieving a close friend. For a time, the loss severed her from her art. A singular, celebrated figure in the Chicago experimental music scene, known for her arresting voice and the transportive moods she grows around it, Fohr had kept a steady creative practice since she first began recording her own music as a teenager. Grief ruptured that foundation. Fohr could not write for months, the longest fallow period she'd crossed since she experienced her first episode of major depression at 17.

In the winter just before the pandemic took hold in the United States, Fohr was scheduled to complete an artist's residency at Robert Rauschenberg's house in Florida. She wanted to finish a roster of new material before leaving, but the music would not budge. Stalled, she turned to the organ, away from her guitar, and started tracing shards of sound, grasping melodies that began, slowly, to lead somewhere. It was not what she had hoped to bring south, but it was a start.

"I went to the Robert Rauschenberg residency with this idea of trying to explore the hard work of joy. At that point, I had just been wallowing in this grief for so long. I thought, I want to write about joy. I know it's going to be hard work," Fohr says. "But when I was on this beach and in this really privileged, gorgeous place, I felt even more despondent. I thought it would be this balm, but instead it was just the saddest beach in my life."

After sunset on Captiva Island, the Florida sky would glow a deep, burnt orange. The striking image became a conduit between Fohr’s interiority and her environment, keeping her from experiential isolation, tethering her to reality. She carried that sky back to Chicago and kept it with her as the world shut down and mass death triggered grief on an incomprehensible scale. Through this, Fohr began to cultivate a world inside the world, a world called '-io', "a place where everything is ending all the time."

The sky over '-io' is Florida's strange, radiant orange. It's a built environment, unnatural, made from concrete and glass, with skyscrapers that stretch to the vanishing point as you gaze up at them. It's crumbling and suffocating, a city perpetually on the brink of collapse, where tension never topples over into catharsis, where the heat never breaks.

Inside this world and its closed loop of time, Fohr found herself able to begin moving again. "I was haunted by memories in the pandemic," she says. "As someone with PTSD, memories are all twisted up inside of me in a way that doesn't help my higher self. Making this album was once again an exercise of trying to relieve myself of some of that darkness in a way that music has always done for me."

Under lockdown, her typically collaborative songwriting practice became solitary. She wrote on piano and organ, instruments on a larger scale than her usual guitar that felt more "like a solid foundation you can stand on." Her lyrics kept returning to images of black holes and gravity, all-consuming phenomena that rend our common experience of physical reality. "I became obsessed with black holes, which is the ultimate gravitational pull," Fohr says. "It also makes such a synonymous metaphor to death. Things go in, they can only go one way. They go in and they never come out."

From that colossal gateway, songs began to form. They followed the disintegration of the world as it stands, the hard-wrought rituals and habits that are already beginning to fracture under the pressures of climate catastrophe, as on "Vanishing," where Fohr sings "goodbye" to everything she can see and touch around her. They pinned down claustrophobic moods through the threatening whispers of "The Chase," and they shook them loose with sweeping vocal runs, like those that lattice the slow, enveloping "Walking Toward Winter" and pierce the melancholic "Stranger," a chilling piano-and-string composition that was recorded live in a single take.

Working at home on her computer, Fohr wrote, arranged, and produced each note of '-io'. She wrote for a 23-piece orchestra, gathering strings, horns, and drums around her daring vocal melodies. She staged -io on a scale vaster than anything she'd recorded before, a scale that matched the enormity she'd weathered, big enough to hold the world in its tumult.

Under COVID restrictions, Fohr could only record with six other players in the studio at a time. She and her collaborators – 13 renowned musicians from Chicago’s jazz, classical, and experimental scenes – built -io layer by layer, entwining its pain with the clear yearning that sparks at its dark heart. Horns cry out like terrified and distant voices from the dizzying waltz of "Neutron Star." A spaghetti-western guitar reverberates as if in a cavern amid the percussive pummel of “Dogma.” Strings thrash against each other like sheets of rain amid "Vanishing's" apocalyptic thrum. Amid them, Fohr's voice rears in space, overdubbed to the point where it becomes an architecture of its own, at once the subject in the narrative and the surrounding environment. The effect is at once capacious and crushing, like being drawn into a gas giant.

This is what happens when you take grief's smothering and render it in space: It expands. It becomes something you can traverse. That quiet, impossible feeling of loss can suddenly be crossed. The body moves through it. What once seemed to be an impenetrable collapse turns into a site of possibility. From the wreckage, something grows, and the ruin is no longer a ruin. In all its smoldering and all its weight, it is simply a place to begin.  - Sasha Geffen. 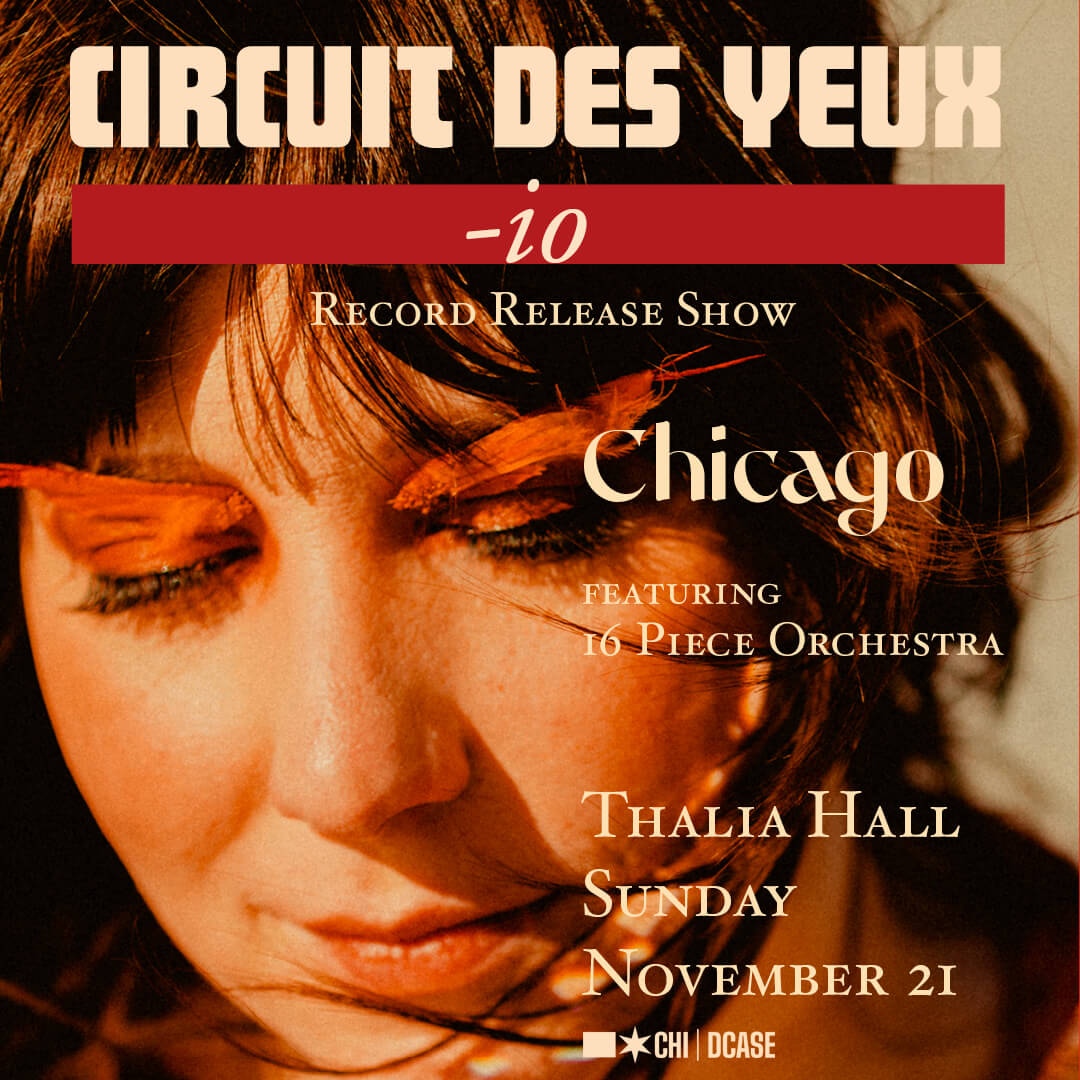 Circuit des Yeux on Tour, New Dates in Bold on Sale This Friday