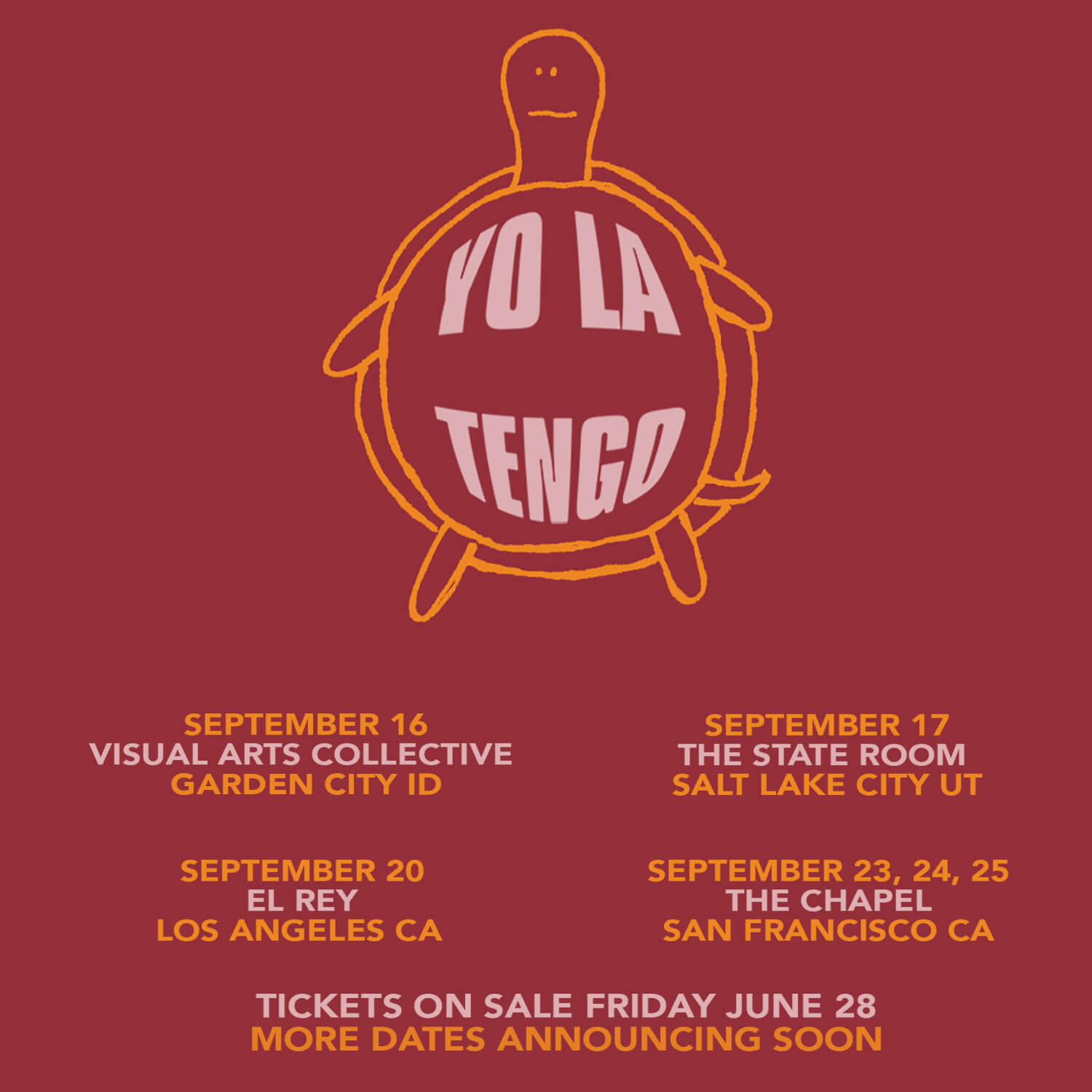 For Yo La Tengo, doing something big to distract from an August 4 Condo Fucks show with 75 Dollar Bill is a considerable challenge, but we long ago learned to doubt the band at our own peril. Along with a plethora of other global dates, Yo La Tengo have confirmed 6 new shows on the West Coast (and, uh, Idaho) with tickets on sale this Friday at 10am local time.

Yo La Tengo on tour (new dates in bold) :

Snap, Crackle, Pop : The Condo Fucks (with The Great Gaylord) at Norton 25

Norton Records is celebrating their 25th anniversary this weekend with a star-studded, 4-night bill at Brooklyn's Bell House.  We'd like to congratulate Billy Miller and Miriam Linna on their stewardship of one of the planet's finest labels ; if anyone has done more to document real rock'n'roll, old & new, please don't tell us about it because we're running out of room in the record library. The Condo Fucks and longtime associate The Great Gaylord (Fields) were just one of the Friday highlights ; Gaylord wearing earplugs is kind of Rocky Marciano donning a protective headgear. He might be safe, but the rest of us won't be the same for days.

Only the most cynical of observers would look at the above item, taken from the venerable Hoboken Patch, and conclude this was some sort of sleazy ploy to promote the upcoming Condo Fucks show at the Mercury Lounge (November 4, supporting The Glands). Except it is.  On our part, anyway.  Still, you'd like to think we live in a world where showing interest in community matters was the rule rather than the exception, that Ira could attend such meetings without being harassed by local reporters, photographers or his own record label. WFMU returns to Barcelona's Primavera Sound festival, which starts tonight and features a lineup that is pretty damned impressive. Just like last year, WFMU will be broadcasting Primavera sets from various artists, including the following Matador bands at the following times (all EDT):

The full WFMU Primavera broadcast schedule, which includes sets by The Fall, Wire, Liquid Liquid, and other luminaries, can be found at WFMU's Beware of the Blog. All times are subject to change, so pay attention to WFMU's Twitter and Facebook for updates. Tune in to WFMU at 91.1FM in NY/NJ, 90.1FM in the Hudson Valley, and wfmu.org for everyone else. 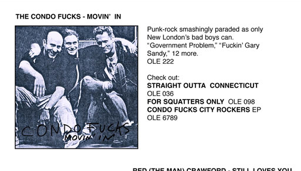 While hanging backstage at Coachella with such luminaries as Pat O'Brien, Mason Reese and John Stamos this weekend, I caught wind of a rock rumor so scintillating, I'm about to turn the entire biz sideways just by repeating it. To wit, the legendary CONDO FUCKS will warm up for an appearance at Primavera Sound with a May 16 show at Chicago's Hideout in support of Eleventh Dream Day.

Many years ago, I used to answer telephones at WMBR.  Never would I have imagined  during the station's oh-so-cool early '80's they would one day see fit to recognize a bunch of talented musicians from Connecticut.  But enough about Death Threat, it seems the Condo Fucks are playing an WMBR-related event in the near future.

WMBR DJ Jon Bernhardt will celebrate his 25th anniversary with the morning Breakfast of Champions radio program on June 26, from 8-10 a.m. To mark this auspicious occasion, he has convinced the bands that have been played the most on his program to perform at a pair of benefit concerts at two Boston area clubs. UK legend Bevis Frond will play in his only U.S. appearance on Sunday, June 21 at TT the Bear's along with the Condo Fucks and Sleepyhead. Versus reunites to play Church with Rebecca Gates (The Spinanes) and more guests TBA, on Saturday, June 27. Proceeds will benefit WMBR. Tickets for both shows are on sale now.

Sunday, June 21, TT the Bear's, 10 Brookline St., Cambridge
The Bevis Frond - #1 on Bernhardt's career playlist - makes a rare appearance, having last played the United States in 2002. Matador recording artists the Condo Fucks feature all three members of Bernhardt's #2 band, Yo La Tengo. Sleepyhead, who released a song that tied for #1 on the list, opens.

Saturday, June 27, Church, 69 Kilmarnock St., Boston
Versus, who haven't played in Boston since 2003, and are the #4 band on the list, reunite especially for the occasion. Also appearing is Rebecca Gates, whose band The Spinanes, released the other song tied for #1. More artists TBA. 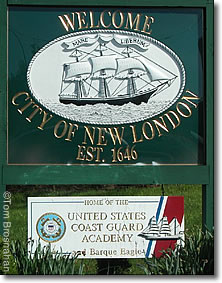 (preorder 'Fuckbook' on LP, CD from the Matador Store)

Condo Fucks Listening Party In New London (Where Else?)

I hope it goes without saying that full Matador / Beggars staff attendance at this event is mantadory. Thank you.

Many years ago, in a town called New London, in Connecticut, one band reigned supreme.

Here is their story, the story of a scene, of dreams fulfilled and those unrealized.

Condo Fucks' "Fuckbook" is out March 24th. Buy it here.

Southeastern Connecticut, So Much To Answer For

Condo Fucks - "What'cha Gonna Do About It" from the forthcoming LP/CD 'Fuckbook'.  Little known fact : The J. Geils Band's Magic Dick is also a resident of New London, CT. Here are both sides of a label catalog that was published on LP innersleeves in our early days. Click on the images to see a larger and more readable version. 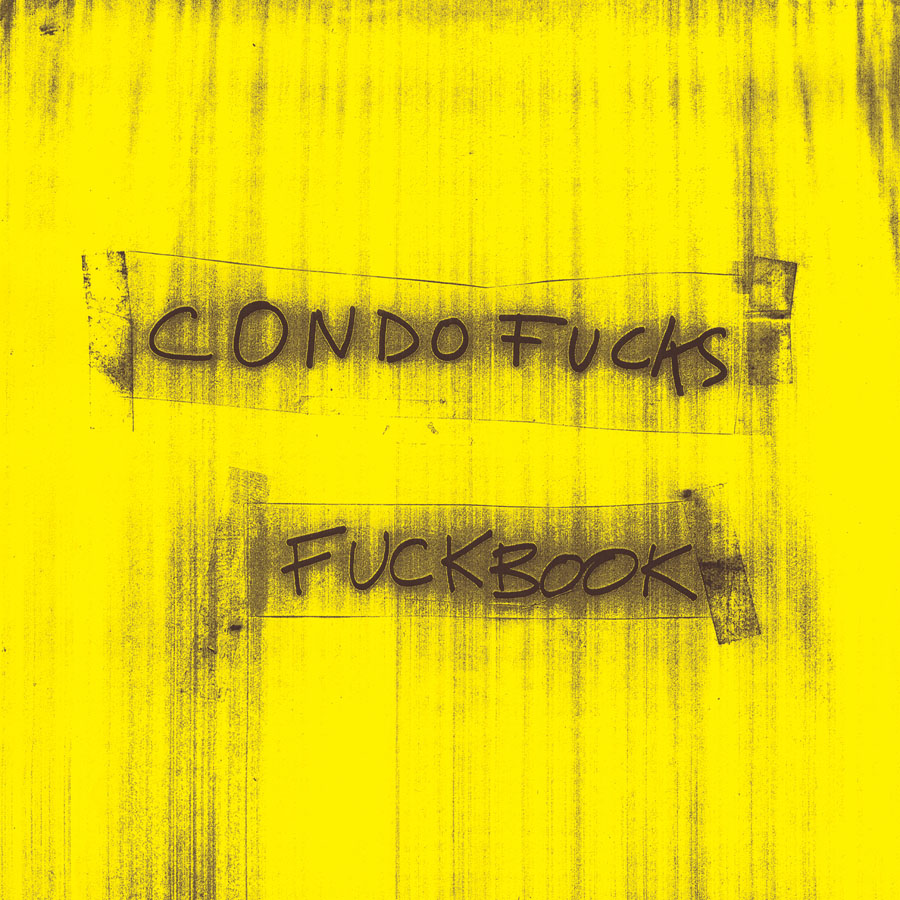 Legendary New London, CT trio the CONDO FUCKS returned to the stage last March after a long absence from the tri-state area's concert circuit, and the results of a secretive Hoboken rehearsal recording session 35 is being released in March of '09 by Matador as the LP/CD, 'Fuckbook'.

In the go-go 1990's the Condo Fucks  released 4 titles on the Matador label, some of which were prominently advertised on the inner sleeve of Yo La Tengo's 'I Can Hear The Heart Beating As One'.  Sadly, we cannot provide the media with promotional copies of these records as they are very, very rare. 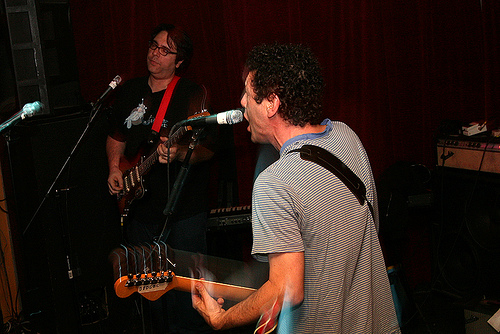