Today Nowness has premiered the new video from Delorean, for the song "Unhold" from the band's new album Apar. The song, and now the video, feature appearances from Caroline Polachek of Chairlift: 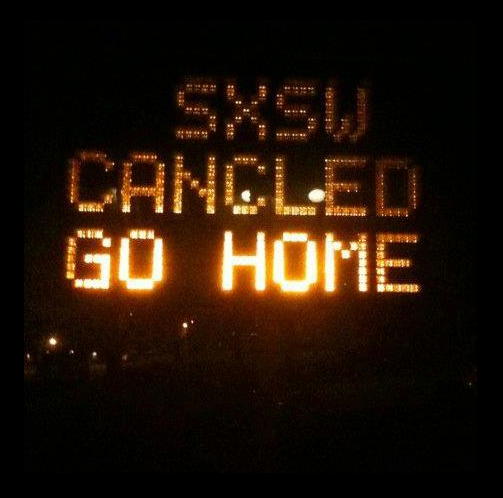 I hope you'll excuse my weary tone --- it's not that I don't look forward to South By Southwest or the plethora of free, unaffiliated events (especially those that take place in glorified jello-shot emporiums masquerading as music venues for one week out of the year). It's just that I'm really pissed off someone told all of the bands below they're staying at my place.

(* - denotes an official SXSW event ; wristband or badge required for admission.  There's public admission if venues aren't at capacity SOMETIMES, but we can't guarantee it)

It's a half-session/half-3D music video vibey from Pitchfork TV. It's cool.

Please purchase Subiza if you haven't already, and do last summer all over again this summer.

As announced on the official Coachella page, stage times are out now for all bands playing this weekends festival and you'll find Matador and True Panther bands well represented, without any clashes (...hopefully) too!

Surrounded as we are by an ever-increasing number of cameras in our daily lives, we begin to lose ownership of our own images. Anonymous technology is analyzing, categorizing and archiving our very existence.

Interpol, in collaboration with David Lynch, Andi Watson, HPX and Wieden & Kennedy present a visual juxtaposition of the seen and the unseen. As the observer becomes the observed, the performance explores the deepening layers of covert surveillance, morphing data acquisition into visual beauty and questioning the fine line between the viewer and the voyeur.

Featuring the premiere of the David Lynch animation "I Touch A Red Button Man" for the song "Lights", and utilizing real-time visual manipulation from Seattle-based HPX, the performance will be streamed live to the internet as well as to the audience at Coachella.


From here Interpol continue their tour around the southern states with School Of Seven Bells, The New Pornographers head out with the Walkmen in tow, Cold Cave join the Kills on the road, Glasser will be supporting TV On The Radio, whilst Delorean bring their broken Spanglish charm to headline shows in Chicago and Brooklyn.

The Coachella stages and times for all our acts are below, enjoy!

Delorean have new US Tour Dates

Well, not a lot. But those of us who got hooked on Delorean last year will take what we can get. In addition to the Coachella appearance you may have read about, Delorean will be hitting San Francisco, Chicago and New York this summer. They may have some new treats (songs, lights, dances, holographic new band members, etc.) in store. We'll just have to wait and see!

Though the above poster is not entirely accurate, we can finally confirm (ie. after everyone else has already reported it) the following members of the Matador / True Panther Sounds family will be appearing at The 12th Coachella Valley Music & Arts Festival this coming April 15-17

As for the rest of the bill, well, we all have our favorites, but I'd like to issue a deep personal thank-you to the organizers for NOT BOOKING THESE DUDES.

Hey y'all! Delorean was on national television this week playing their new single "Grow"! First time on TV for them in the USA and first time for any True Panther artist. Amazing!! Thanks to Fuel TV's Daily Habit for having them, it looks like a great time.

Delorean continue their US tour w/Lemonade tonight in Montreal. They hit Manhattan's Bowery Ballroom on Sunday.

Catch Delorean in Europe this December View the video for Real love below

A few months ago, when talking about the meaning behind the song "Real Love" and possible ideas for a video Ekhi said something like "Real love is being in a state of conflict against the outside world". Focus Creeps took this concept and ran with it, making a beautiful, dreamy and ultimately pretty psychedelic and creepy video for "Real Love". Enjoy!

It's been a hell of a month for Delorean, since their album Subiza came out June 8th. They just capped off an amazing trip around the US/Canada with an incredible performance at the Pitchfork festival. Guess what though? Things are just getting started. We present you Real Love, the new single from Subiza PLUS a whole new round of tour dates in November with label-mates Lemonade!

Real Love, shows off Delorean's emotional and recorded textures: layers of synths and drums peppered with Ekhi's emotional and immediate vocals. It's at once exhilarating and heart-breaking. The single (available in limited hand-number 12" and DS) assembles some tremendous remixes as well.

Stream it all HERE

This is just another leg of them traveling around the world promoting and touring behind their incredible record Subiza which came out in June and is still reaching more and more people. Look out for the album's second single, "Real Love", and some remixes in a couple of weeks.

In the meantime, Delorean's tour carries them through a sold out show in NYC, up the East Coast and finally onto the Pitchfork Festival in Chicago where we're all going to eat a bunch hot-dogs wear cubs hats and get WILD. Igor is READY

Delorean are back in the States for another round of dates this month! The tour kicks off in NYC tonight and tomorrow, with a couple of sold out shows at Piano's and Glasslands. If you haven't gotten a ticket don't feel totally despondent, they're doing a couple of dj gigs (one late-night tonight and one midday tomorrow) and will be back for a series of awesome shows in July, at significantly bigger venues. DJ flyers below, tour dates way below.

Salseros freak out to Delorean

Loopy salseros and salseras get down to "Simple Graces" by Delorean.

Having just returned from a triumphant European stint which landed them at the sunny Primavera Sound fest, Cold Cave brought back a remix from Barcelona's very own Delorean. This one's an online exclusive so download it here and download it now to dive into what might be the summeriest take on "Life Magazine" you're gonna hear. Keep an eye out for the Life Magazine remix EP which features versions from Arthur Baker, Optimo, Pantha Du Prince and Prurient which hits streets on June 8.

Thought it'd be prudent (well, True Panther HQ has been shooting glances from across the office all day) to mention that Delorean's album 'Subiza' is out now and they kick off their US tour in New York this week!

Ravers freak out to Delorean

Loopy rave dudes get down to "Endless Sunset" by Delorean.

By the way, they'll be back in the US starting next week:

The wonderful folks over at Yours Truly did this sweet session with the Delorean guys in their Spanish home. They talk dubstep, their genesis, work and do an intimate and incredible version of "Grow" off of Subiza. PLUS, the guys announced another round of U.S. Tour dates. Tour dates below the video.

If you haven't heard Delorean's (recently BNM'd) Subiza yet, hear it now in its full glory on HERE
Pre-order from Matador Store and get instant mp3 download HERE

Also, you can buy a crisp new Delorean T-shirt that comes with an instant mp3 download of the album.

Digital music wear? MP3-Tee? Call it what you want. We wish we  could just plug headphones into this shirt and go to the beach, but for now this is the best we can do, and frankly it seems pretty good.  Order T-shirt (w/album download) HERE

Delorean now on thinkindie and L.A. this weekend

Happy (almost) record store day! You can now get Delorean's Subiza a few precious days early over at Thinkindie.com

Click HERE to pick it up.
You can also still order it from the Matador store HERE.

If you're in L.A. Saturday there are still a few tickets left for a special show w/Delorean, J.J. and Bachelorette at the Echoplex. You can get a ticket HERE.

Have a great weekend!

The last few weeks have been pretty amazing for Delorean. Their tour of the states, opening up for Miike Snow carries on to pretty universal affection. With that in mind we're happy to let you know that Delorean is going to be back stateside a LOT this summer. Here's just a taste for NYC'ers...much more on the way! Current tour dates, including headlining date in Seattle, at the bottom of this post.

Americans and Canadian's can pick up Subiza exclusively on iTunes NOW. Subiza will be available on all other digital stores worldwide on 4/20, and physically on 6/8 but for now go to iTunes and get it. Also, you can pre-order the record from the Matador Store and get an instant download as well.

If you party, and who among us doesn't party, then you can answer the question "do you party?" by tuning in to Do You Party?, the dance music show that graces the airwaves of Minneapolis institution Radio K. Barcelona's Delorean paid them a visit during a recent stop in the Twin Cities, and the resulting DJ set can be heard tonight at 9:00PM EDT / 8:00PM CDT. Party people in Minneapolis can listen on the usual baffling array of frequencies (104.5 FM [Minneapolis-St. Paul], 100.7 FM [St. Paul], 106.5 FM [Minneapolis] & 770 AM [Metro area]), and people who like their party a little less complicated can click here to listen online.