Free Matador Shirt With Any Order Over $50 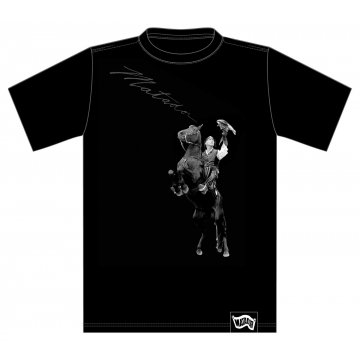 If you've bought $50 worth of music just tell us what size shirt you'd like in your order comments. Women's sizes available in Medium or Large and Men's sizes available in Small, Medium, Large, or XL. If you don't put a size in the comments you aren't getting one, so please don't leave that info out. Offer valid while supplies last. It's spring cleaning time here at Matador, no really, our bosses are making us clean the office tomorrow. To free up some space, and to reward our customers, we will be giving away Yak-Pak brand record bags (a $40 value!) with purchases over $100 at the Matador store. Simply add the record bag of your choosing in black, steel blue, or powder blue and then $100 worth of records/CDs/clothing and the cost of the bag will automatically be subtracted from your total.

Ladies & gents, head over to the Matador Store right now to get your hands on these limited-edition (200 of each) "Matador at 21" posters a few of our good friends and collaborators designed specially for "the Lost Weekend" & our coming-of-age.

Frank Longo - Virginia based artist and designer, worked for several years as graphic designer at Matador Records, designed the books for Slanted & Enchanted: Luxe & Reduxe and the Matador at 21 box set (18" x 24")

We also have a few of the American Apparel t-shirts from the event left over (in all sizes right now) --- pick them up at the store Store & act fast as these shirts are in limited supply!

Matador at 21 T Shirts for sale 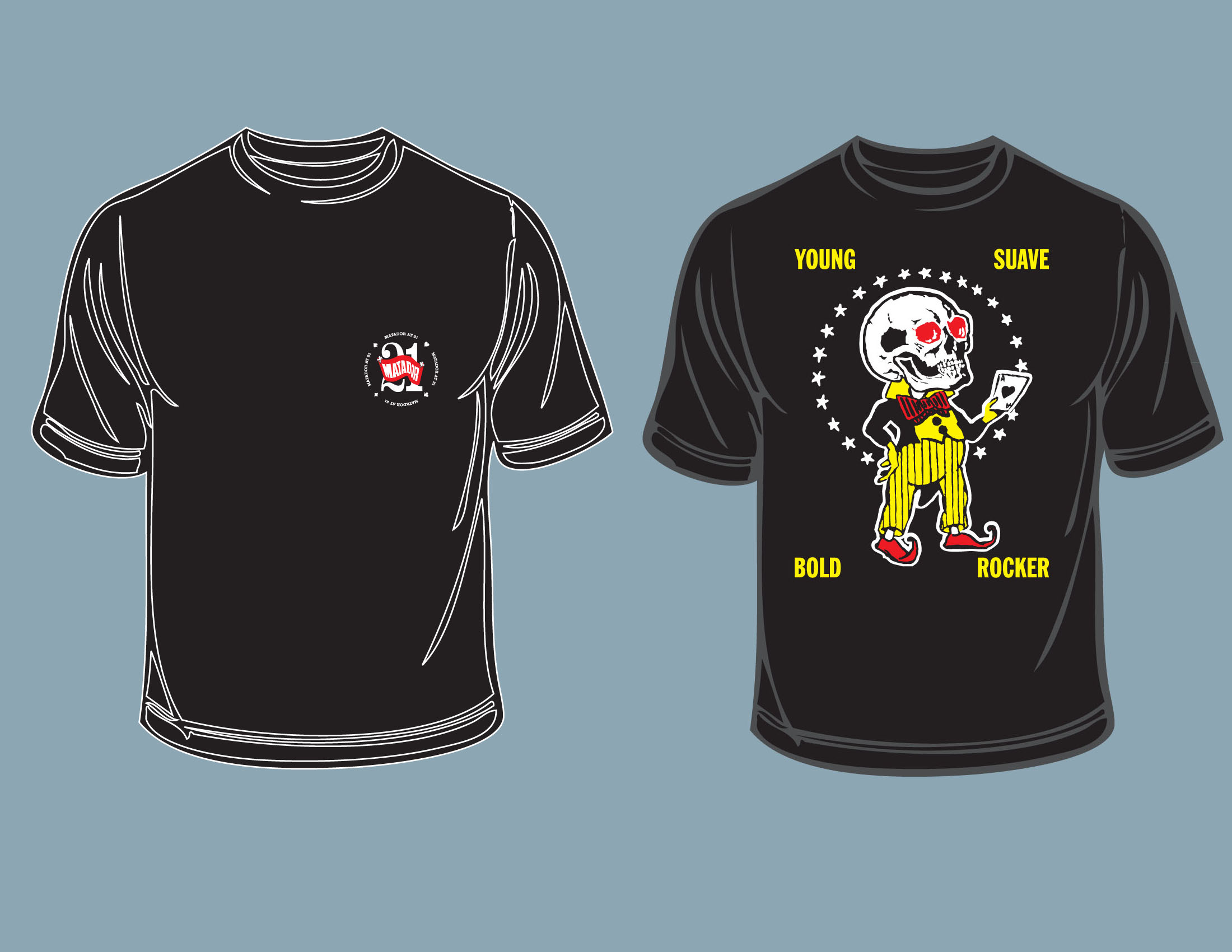 So you couldn't make it out to Vegas, huh? Well it'll be so much easier to lie to your friends and say you were there with when you're rocking one of these sexy Matador at 21 shirts. American Apparel printed tees, act quick as limited stock remains!!!!

We have FOUR different shirts to choose from... click below to check em out.
BLACK LOGO
GREY LOGO
BLACK ROCKER
GREY ROCKER

If you haven't heard Delorean's (recently BNM'd) Subiza yet, hear it now in its full glory on HERE
Pre-order from Matador Store and get instant mp3 download HERE

Also, you can buy a crisp new Delorean T-shirt that comes with an instant mp3 download of the album.

Digital music wear? MP3-Tee? Call it what you want. We wish we  could just plug headphones into this shirt and go to the beach, but for now this is the best we can do, and frankly it seems pretty good.  Order T-shirt (w/album download) HERE 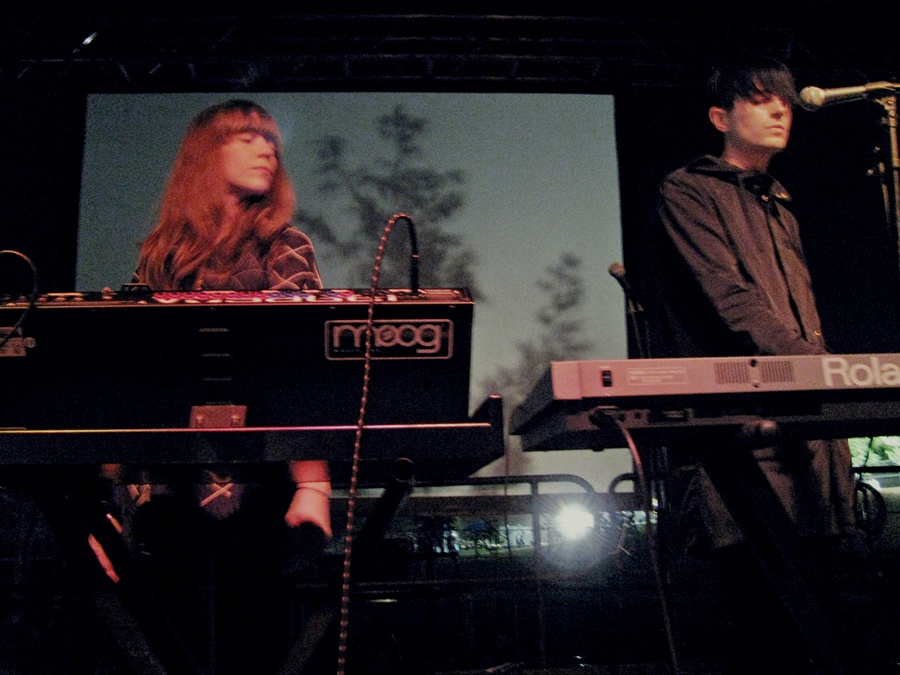 A little under a year ago Fucked Up took over the Rogan Store here in New York for that epic 12-hour show. Tomorrow, Cold Cave is set to perform in that very space as part of a special, free event put on by the folks at Rogan. Will there be another John Joseph cameo this year? Hey, you never know...

ROGAN and The Smile along with Bowery district neighbors join forces to bring the party downtown with THE ROGAN LINEUP – an eclectic collective of events from 6pm-12am and perhaps even later.

The ROGAN Bouwerie shop, which formerly housed the Bouwerie Lane Theatre, will reach back into its theatrical roots and set the stage for the ROGAN LINEUP – a celebration of fashion, music and film.

MUSIC: ROGAN invites some of New York’s best noisemakers to perform on the mezzanine. The lineup for the night will include hourly guest DJ sets and a live performance by minimal, industrial synth-pop band, COLD CAVE.

The Rogan Bouwerie Shop is located at 330 Bowery (@Bond St.) in NYC.

Jaguar Love stopped by Hot Topic HQ last Fall to record this session in the corporate cafeteria and proceeded to blow the roof off the place.

Our meeting was in "the chamber" there were gargoyles and flaming towers in the reception area, it was like "am I at Ozzys house?" the reception desk was an embalming table and the ceo walked out with her dog "count woofenstien" or something like that ...you guys have NO idea... Where have we gone what have we become.. I'm gonna go get a tattoo or become a "cutter" now....lightly slice my limbs away.. Anyway mtg was good they upped their order from xxx to xxxx, they want any merch we have a la stickers postcards or download cards, they were wondering if the band would be available to play the managers mtg in oct and the video is gonna go in rotation at the 200 or so stores that have that capability...the record is also going into in-store play at all 700+  stores as matt said.

Jaguar Love out on the road again this spring, below dates in support of OK/Go

HEY DUDES
Fucked Up will be playing a free party at Santos Party House in New York tonight. It is free to get in and the band goes on at 11pm. Email [email protected] to try and get on the guestlist!

If you found yourself going insane staying caught up with the relentless barrage of comedy we sent your way with last week's Earles & Jensen MP3s, you are saved. We've assembled all five tracks, plus an additional five previously-posted ones in a handsome and elegant little bundle for you to download below.

Don't forget, this is just a SAMPLER. These 10 calls are just a taste of the comedic cornucopia of 58 calls spread across 2 CDs that you will eventually consume upon the release of Just Farr A Laugh Vol. 1+2 April 22nd. Not only that, you get a handsome slipcase with a 64-page saddle-stitched book jammed with drawings, photos and liner notes by famous people including Devendra Banhart, Gregg Turkington (Neil Hamburger), Jennifer Herrema (Royal Trux), Gerard Cosloy, David Dunlap Jr., Gavin McInnes (Vice magazine), and many others.

Pre-order yours for $3 off the regular price (thus only $9 for the whole set!) plus a free poster HERE.

In an event that edged on the surreal but certainly was a hugely successful piece of grand theatre Cat Power and Dirty Delta Blues rocked the highest echelons of the fashion world on Tuesday providing the music for Chanel's haute coutre cat walk show. Housed in the magnificant and recently restored Grand Palais in Paris the performance took place in a specially constructed arena with the stage high above the models entrance. Proceedings kicked off with Judah, Greg, Eric, Jim and Chan swaggering into a version of "Naked If I Want To". Six men rolled out a huge grey and white carpet  centered with a giant Chanel logo. The models strutted their stuff wearing what to these unschooled eyes looked like opulent and sophisticated yet very pleasing creations. The DDB kicked into a muscular version of "Could We" proving what they bring to the mix (though it doesn't detract from the the album or the Memphis Rhythm Band versions)  creates their own sinuous take on the song. As "Satisfaction" continued the momentum did I notice a flicker of amusement across the concentrated face of Marianne Faithfull watching the models intently from row two? Certainly the woman next to Sean Lennon started taking photos of Cat Power and not the models. The band seamlessly stepped into a gorgeous version of "Tracks of My Tears" which built to a crescendo with Chan singing "you can tell by the look on my face" as the final model commanded the floor in a stunning white coat and gown. The curtains opened and Karl Lagerfeld sat there amongst his team as if they too were an audience watching the show.

So I missed clocking Sigourney Weaver, Madame Chirac, Catherine Deneuve, the French Minister of Culture  oh and Kate Moss but we did see Sofia Coppola and get to take same great photos of Chan with Marianne Faithfull and Karl Lagerfeld.

More Proof that New York Is Getting Soft

Our good friends at the New York Post are reporting this morning that Limelight, the once-infamous nightclub, will be resurrected as a mini-mall:

December 19, 2006 -- The former Episcopal church that once housed the sacrilegious Limelight nightclub will be born again - as a retail mini-mall.

Now known as the Avalon nightclub, the legendary 12,000-square-foot venue on Sixth Avenue at West 20th Street will shutter its doors in early 2007.

"The landlord has decided that he doesn't want to go forward with another nightclub," said broker Frank Terzulli, of Winnick Realty Group.

"He's going to cut it up for retail tenants and a restaurant with patio seating."

Terzulli added, "The area is becoming more upscale with high-priced condos and stores, and that will make it more difficult to get permits from the community board" for a nightclub...

A representative for Winnick would not confirm any specific names, since no leases have yet been signed.

Limelight, founded in the deconsecrated church in 1983, hosted some of clubland's wildest parties in the '80s and early '90s under now-deported club king Peter Gatien (above).

In 1996, federal agents charged that Limelight was a "drug supermarket" and shut it down.

Gatien was acquitted of racketeering and drug charges but convicted of tax evasion. He spent time in jail and was eventually deported to his native Canada.

That same year, one of the club's flamboyant promoters, Michael Alig, pleaded guilty to manslaughter for killing Angel Melendez, a club regular and reputed drug dealer over a money dispute. He's still in jail.

Limelight reopened under new management but was shuttered again in 2002.

It came back to life in November of that year as the short-lived Estate. Avalon followed a few months later.

My only memory of the place is seeing Mogwai play there last year, but I'm sure other Mata-folks would be happy to share anything they might possibly remember (as long as the statute of limitations are up).

No mention of the original artwork for Cat Power's 'The Greatest', however.

File This One Under No Fuckin' Way. The hard to swallow (sorry) part isn't that Lance Bass says he's gay. Rather, it's that anyone would be allowed to make their way through polite society with a RADIO SHACK LOGO on their collar.