Belle and Sebastian are back in action in a big way ; they’ve been working in Atlanta with producer Ben H. Allen III (Gnarls Barkley, Animal Collective) on their 9th studio album, the followup to 2010’s 'Write About Love', and in the meantime, they’re playing several festival and one-off dates this summer and fall. More details about the new album to follow in this space (and other spaces) :

In addition, there will be an extensive reissue series on Matador this fall, as well as the theatrical release of Stuart Murdoch’s film “God Help The Girl” in the US and Canada.

It's finally here.  The much talked (and blogged) about God Help The Girl project of Stuart Murdoch sees the light of day for the first time next week, with the world premiere taking place at the Sundance Film Festival.  To mark the special occasion, Belle and Sebastian will be playing a one-off show at Sundance in Utah on Monday, January 20th, 100 pairs of tickets are up for grabs by emailing [email protected] - it's first come, first served so get applying if you can attend.

Of performing and unveiling the film next week, Stuart says: “On behalf of the group and myself, I'd like to say how excited we are to be playing a short concert at the bequest of the Sundance Film Festival. In Park City, in Utah, in the snow. Did I say how excited we were? I’m like, vibrating.”

Today marks the US release date of Belle and Sebastian's The Third Eye Centre, a collection of rarities and non-album tracks from the last decade.

To celebrate, a new video for "Your Cover's Blown (Miaoux Miaoux Mix)," starring Hannah Murray (Game Of Thrones, Skins), who will also be starring in Stuart Murdoch's forthcoming film God Help The Girl:

Stuart Murdoch is financing a God Help The Girl film on KICKSTARTER, and for certain modest donations, you can intertwine your life with Stuart's, just like you fantasized about as a young lad or lass in your bedroom at night while parents fought, bullies bullied, and you dreamed of a happier place:

Seriously, check out the rewards, they're fantastic.

Though he's been in the studio with Belle & Sebastian (follow them on twitter for in-studio updates!), Stuart Murdoch's God Help The Girl project keeps rocking with a brand new pure-pop single, "Baby You're Blind"

The track, which is not on the album nor part of the GHTG subscription package, was recorded in Glasgow last year with Linnea Jönsson, the lead singer of Swedish band, Those Dancing Days on vocals.

The download also features a new version of "A Down and Dusky Blonde" with lead vocals by Dina Bankole.

Both tracks will also be available to buy digitally via www.godhelpthegirl.com, and will be bundled with the artwork and video for "Baby You’re Blind," which was filmed in Stockholm in January of this year.

Through the auspices of iMeem, you can stream the entire God Help The Girl full-length. The Stuart Murdoch-helmed project is available on LP/CD and digital album now at the Matador Store.

June 23 sees the release of the God Help the Girl, a story set to music by Stuart Murdoch of Belle and Sebastian.

In the latest video from the album, available for purchase here, Stuart seeks out and auditions a group of young singers who ultimately provide the vocal backbone for God Help the Girl.

In a bold marketing plan defying surprise, Stuart Murdoch has just posted a brand new song on the God Help The Girl site.  It was recorded last weekend.

It's the b-side from the Funny Little Frog 7" that is part of the Subscription which you can order here.

The song is called "Mary's Market" and features a familiar friend on lead vocals.  Here's what Stuart has to say about it:

We have a new track for you. It’s called ‘Mary’s Market’, and we recorded it last weekend. It’s going to be the B-side to the ‘Funny Little Frog’ single, but we thought we’d let you hear it since the weather’s nice here, and we’re in a good mood, and it seems to match the weather!

The picture to go with the track features the stylish Scottish BBC newsreader, Mary Marquis. When I was writing the song, I wrote the lines

And it kind of sounded like Mary Marquis, so she gets to go on the cover! It kind of amuses me to think of the girl in the song nicking a frock from Mary Marquis, as it would probably be a frock worth nicking! (As you can see from the picture)

To embed on your blog/myspace, copy this code:

Stuart's full explanation, song credits and lyrics are on the GodHelpTheGirl.com site.

GodHelpTheGirl.com has re-launched with a very exciting, fan-drooler of a subscription offer that includes 7"s, a Deluxe CD or LP of the new album, a 10" and oodles of extra digital goodies.  Plus, if you order you will get an instant stream of the entire album.

This subscription package will gently unwind over the months allowing you to soak up the living, breathing world of God Help The Girl. A musical project with a beautifully and diligently crafted narrative that deserves to be listened to over time, for each place, character and voice to be properly digested before moving on to the next.

As well as delivering 7" singles, 10" EPs and your choice of CD or LP albums straight to your door we will regularly fill your inbox with video footage made to document the creative process by Stuart Murdoch and Marisa Privitera, music videos and album streams to keep you entertained no matter how far from your record players you stray this summer.

By subscribing you will receive the following:


Now to further get you excited, here is the brand new video for the first single "Come Monday Night" directed by Blaire Young and Stuart Murdoch. (via Pitchfork.tv) The first MP3 from God Help The Girl (a story set to music by Stuart Murdoch of Belle and Sebastian) is "Come Monday Night."

For more information, visit godhelpthegirl.com, where you can watch a short movie about the making of this album, including auditions, interviews, studio footage and more. Sign up for the mailing list and keep checking back, because we'll have exciting subscription news with delicious extras there soon.

Presenting 'God Help The Girl' ; A Story Set To Music By Stuart Murdoch Of Belle & Sebastian 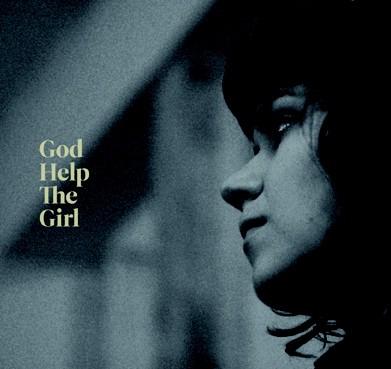 • Features an array of singers, including Stuart's discovery Catherine Ireton, Asya of Smoosh, Neil Hannon of the Divine Comedy, the other members of Belle and Sebastian and a 45 piece orchestra conducted by 'Withnail & I' composer Rick Wentworth.

‘God Help The Girl’ is a story set to music, which Stuart Murdoch has been working on intermittently for the last five years, its origin in some songs that were written while Belle and Sebastian were touring ‘Dear Catastrophe Waitress’ in 2004. Stuart explains:

"I was out for a run and I got this tune in my head and it occurred to me that it wasn't a Belle & Sebastian song. I could hear female voices and strings, I could hear the whole thing, but I just couldn’t envisage myself singing it with the group.”

As more songs emerged, a shape and theme began to develop, before the music was actually recorded, or the vocalists found to take on the parts.

“All the time I was touring with Belle and Sebastian, I was putting aside songs for certain characters,” he says, “and at one point I realised, that it would make sense to string them together to form the backbone of a musical narrative.”

The hunt was then on to find some great new voices to put to use during the recordings. A competition where singers could add their vocals to the demo recordings of ‘Funny Little Frog’ and ‘The Psychiatrist Is In’ was posted on the iMeem social networking site and attracted around 400 entries. From these, Brittany Stallings (Olympia, Washington) and Dina Bankole (Jackson, Michigan) came to Glasgow in February 2008 to rehearse and record some parts, Brittany making the lead vocal part on ‘Funny Little Frog’ her own. Among those who auditioned early in the process was Catherine Ireton (above), who had moved from Limerick to Glasgow, a friend of a friend, who had previously appeared on the sleeve of Belle and Sebastian’s last single, ‘The White Collar Boy.’ She took on the lead vocals for the majority of the songs on the record.

The recording continued during 2008, with a total of nine different singers (including Neil Hannon from the Divine Comedy and Asya from American teen trio, Smoosh) joining the members of Belle and Sebastian over the course of a few months. During this, Mick Cooke’s orchestral arrangements were recorded in London with the orchestra before the finishing touches were applied in Glasgow.

The result is a breathtaking record from one of pop’s most singular voices, combining the strengths and feel of the early Belle and Sebastian records in a broader musical palette, which draws equally on musicals, sixties’ girl groups, eighties’ indie and, most of all, classic pop records.  And, in Catherine, Stuart has found a rare talent - her clear, lilting vocals bringing to life the characters in Stuart’s imagination and making for an ambitious and engrossing musical journey

01.Act of the Apostle - Catherine Ireton

07.If You Could Speak - Catherine, Anna Miles

13.I?ll Have To Dance With Cassie  - Catherine 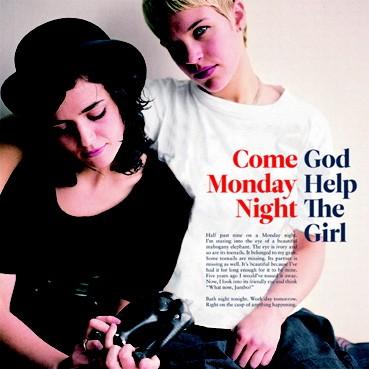 Preorder information for the Matador edition(s) of 'God Help The Girl' is forthcoming in this space very soon.