It's Summer, Get To Know Your TANLINES

SUMMER IS  HERE!...ok well it officially starts tomorrow but we can't contain our excitement so we're getting started a day early.   Ahhh Summer, the season of extended daylight, backyard BBQs, road trips with friends, summer playlists, and Tanlines + Lemonade of course.

Apologies for that simple and obvious play on words.  But honestly as sure as you're likely to have some tan lines after laying around the pool drinking a glass of lemonade this summer, we're convinced both bands (Tanlines and Lemonade) will be on your iPods/stereos while doing so.  But don't take our word for it, Creator's Project said that Tanlines are "destined to become your summer soundtrack", and New York Magazine, Stereogum, and Refinery 29 couldn't agree more, naming "All Of Me" one of their Songs Of The Summer.

Anyhow since we'll be spending all summer together, it's probably a good time to get to know your Tanlines better.  Courtesy of Creator's Project, click HERE for an intimate look at the band Tanlines, their recording process, how they formed, and much much more.

Also Tanlines will be performing across the US all summer long, starting tomorrow night with an official summer kick off show at the House of Vans in Brooklyn.  A full list of summer tour dates is below. 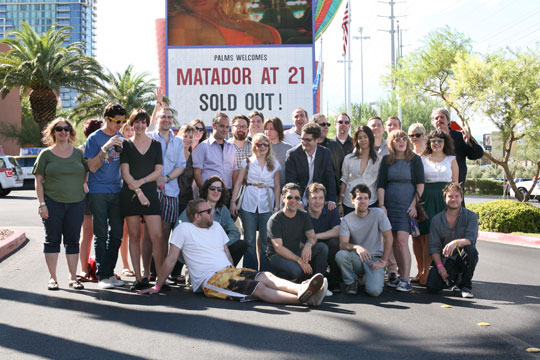 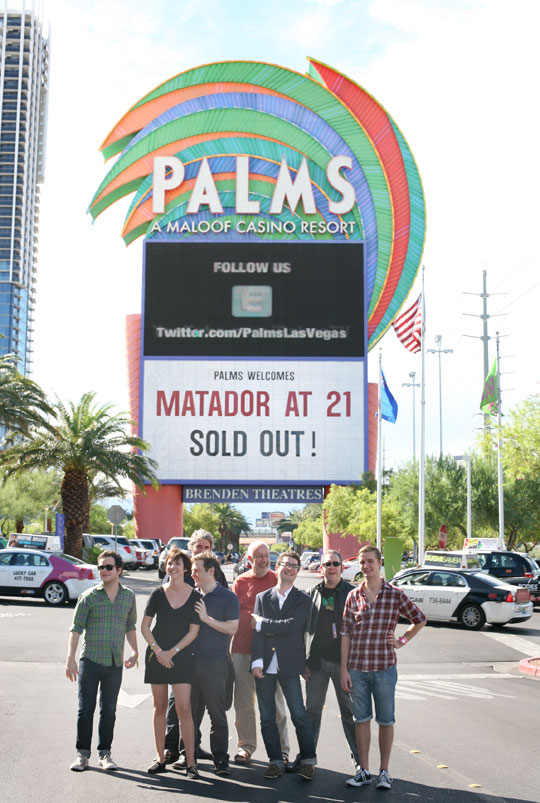 Fucked Up Sign To Matador, Announce New Album For October Toronto's Fucked Up have just finished recording their second album. It will come out on Matador worldwide on October 7. Entitled The Chemistry Of Common Life, it contains 11 tracks on the CD and 12 tracks on the double vinyl. This sprawling, multi-instrumental epic is "basically about rebirth and the Sun. And lightning," according to guitarist 10,000 Marbles. The sound is incredibly dense, featuring 10-15 guitar tracks on many songs, along with flutes, organs, and French horn, with an elegant clarity and sense of purpose. The record picks up where 2006's Hidden World left off, in terms of the band's characteristic monumentality, but injects a newfound urgency and unease which the mystical lyrical concerns only amplify.

Guest performers include Katie Stelmanis and the Vivian Girls on vocals, Max McCabe-Locos on organ (formerly of the Deadly Snakes, also featured on Fucked Up's Year Of The Pig), and many others.

Fucked Up will be touring Canada and Europe this summer:

This will be followed by a few shows on the West Coast of the US at the end of August and the first week of September. "Plus probably a few more."

Hello. Tusk has a few tracks that predate introspective, 90’s indie rock. That’s Buckingham checking in with “Walk a Thin Line”….the obscenely catchy ballad that sounds like Built To Spill. Mother of All Saints also looked to the future, albeit a future that has yet to occur. Indie rock, or tastemaker rock, or cool shit, or whatever you want to call it, in 2007, SHOULD sound like Mother of All Saints. It doesn’t. Tusk has the ye olde photo of a pesky, perhaps feral dog tearing away at some unlucky chump’s trouser leg. Mother of All Saints has some mouth action, too, but it could pass for a Naked City cover or a later, “mature” offering from Suffocation. It must be noted that Thinking Fellers collectively had a much better sense of humor than John Zorn. Despite being one of the greatest (and weirdest) mainstream pop records of the payola era, the public felt otherwise and Tusk unwittingly helped to destroy the music industry as it was known in 1979. Its “ambitious” recording budget and efficient, non-stop journey from warehouse to cutout bin almost bankrupted Warner Brothers, and led to an industry-wide contract genocide that effectively ended many of the “careers” that resulted from the AOR signing frenzy of ’76 – ’79 (1). When I was nineteen, Mother of All Saints really alienated and disturbed the soon to be vanquished jam band acquaintances (2) that remained lurking in the tiers of my eight-count friend circle. Christ on a crutch, you’d think I was writing a 33 1/3 here, with all of the petty, “aw, me” nostalgia.

2. Yes, jam banders existed in 1992. It was their choices that were few: Phish, Widespread Panic, Spin Doctors, and the Dead.

Bringing it back to the days of Maximum Rock n' Roll style DIY, yet keeping it current with today's (Rupert Murdoch-owned) technology, our good friends at Fenway Recordings have just shared the following amazing news regarding Mission of Burma's engagement at Eugene, Oregon's WOW Hall on Sunday, September 17 with 50 Foot Wave:

Mission of Burma recieved a message on Myspace a couple of weeks ago from a high school band called The Tunnel Kings. They stated that they were huge fans and would like to open for them for the 17th of Sept in their home town; Eugene, OR.

Roger Miller checked them out and liked what he heard. As of yesterday- the Tunnel Kings are confirmed. Here is the original email from The Tunnel Kings:

My name is River Donaghey and my band, The Tunnel Kings (above), and I are huge fans. We're all sophmores in high school in Eugene, OR and we just noticed that you are heading down here for a show at the WOW Hall on September 17th. If there is any way you guys might consider letting us open for you, it would be a amazing opporitunity for the band. So go listen to our stuff and if you like what you hear throw me a message back.

The Tunnel Kings' Myspace site is at the following URL: www.myspace.com/thetunnelkings. Congratulations to River and his crew for taking the initiative!

According to New York Magazine (our personal style bible), this blog thing is really taking off. As you know, the management of Matador Records cannot resist any scheme that might either a) make us money or b) result in our selling half of the company again, so voila, it's THE MATABLOG.

In the days and weeks ahead, you'll be graced with intense, personal observations, screeds and propositions from a star-studded cavalcade of innovative artists and music business veterans. Probably more of the latter. But we're not above composing something and putting Ricky Luanda's name on it, especially if things are slow.

We'll do our best to cover a range of cultural issues, but hopefully not sports. No one wants to read about that shit, trust me.