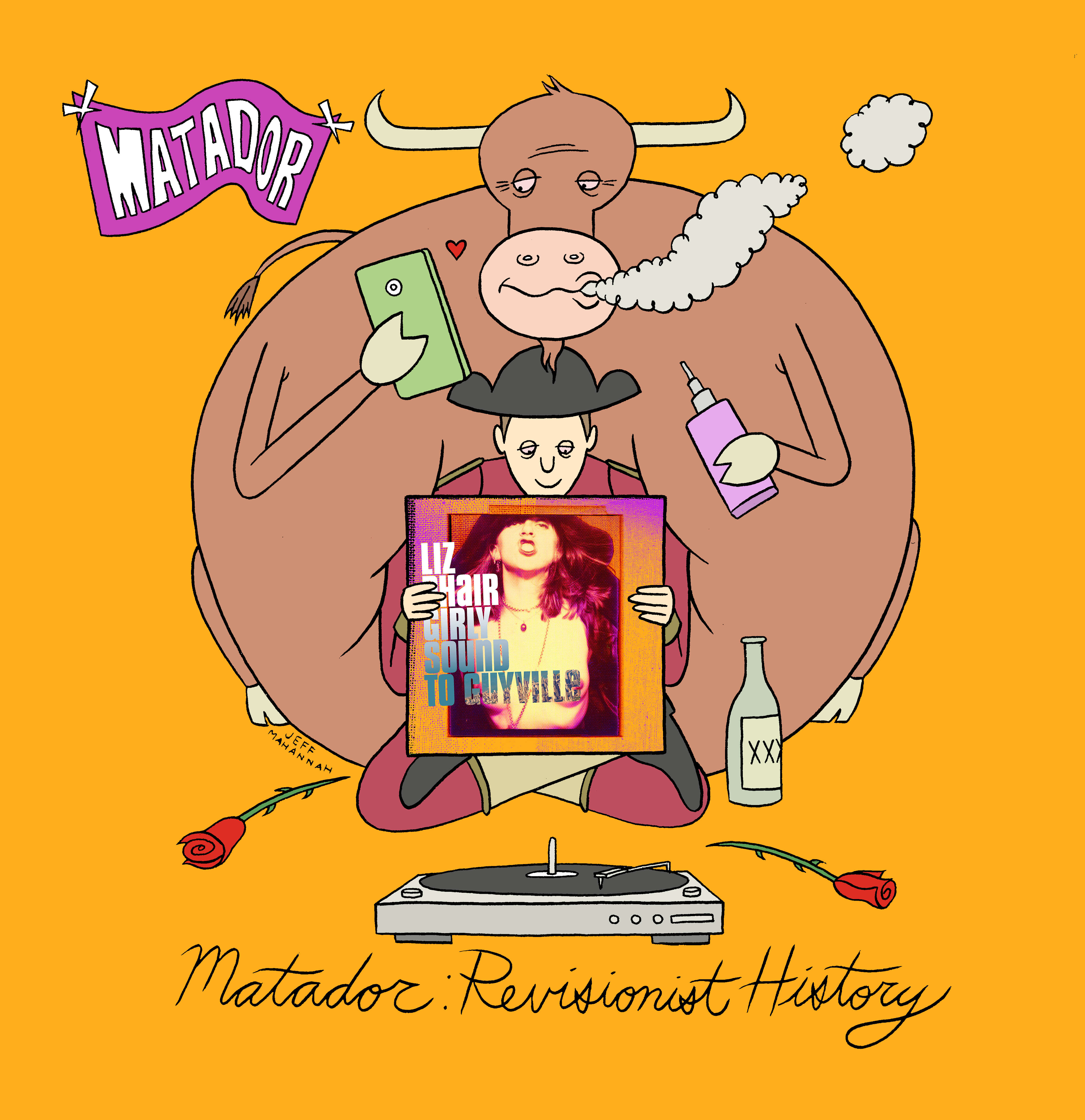 How do you follow up one of the most critically acclaimed debut albums of all-time?  Well, if you were Liz Phair — facing intense scrutiny from friends & foes alike — you put your head down and persevere with a collection of songs that resulted in her first (and only) Rolling Stone cover (and Matador’s first ban from Spin Magazine).  But it was all a huge misunderstanding!   FUN TRIVIA  :  at least one retailer objected to the couplet, "Your kisses are as wicked as an F-16And you fuck like a volcano, and you're everything to me”.  I misheard the lyric, thought it was “M-16”, pointed out the hypocrisy of said establishment peddling RIFLES to children but drawing a line at consensual sex between adults.  Bottom line — they no longer sell any of our products but that’s ok because who wants to buy records at Bass Pro Shop? No one ever said Revisionist history was going to be pretty.

This month marks 25 years since the release of Liz Phair's sophomore LP Whip-Smart. To commemorate the anniversary Phair's expansive box set Girly Sound to Guyville will be available for 25% off standard list price through September 19th at the Matador webstore worldwide.

STREAM/SAVE 25% ON GIRLY SOUND TO GUYVILLE

From the archives: '94 Whip-Smart Promotional Postcard 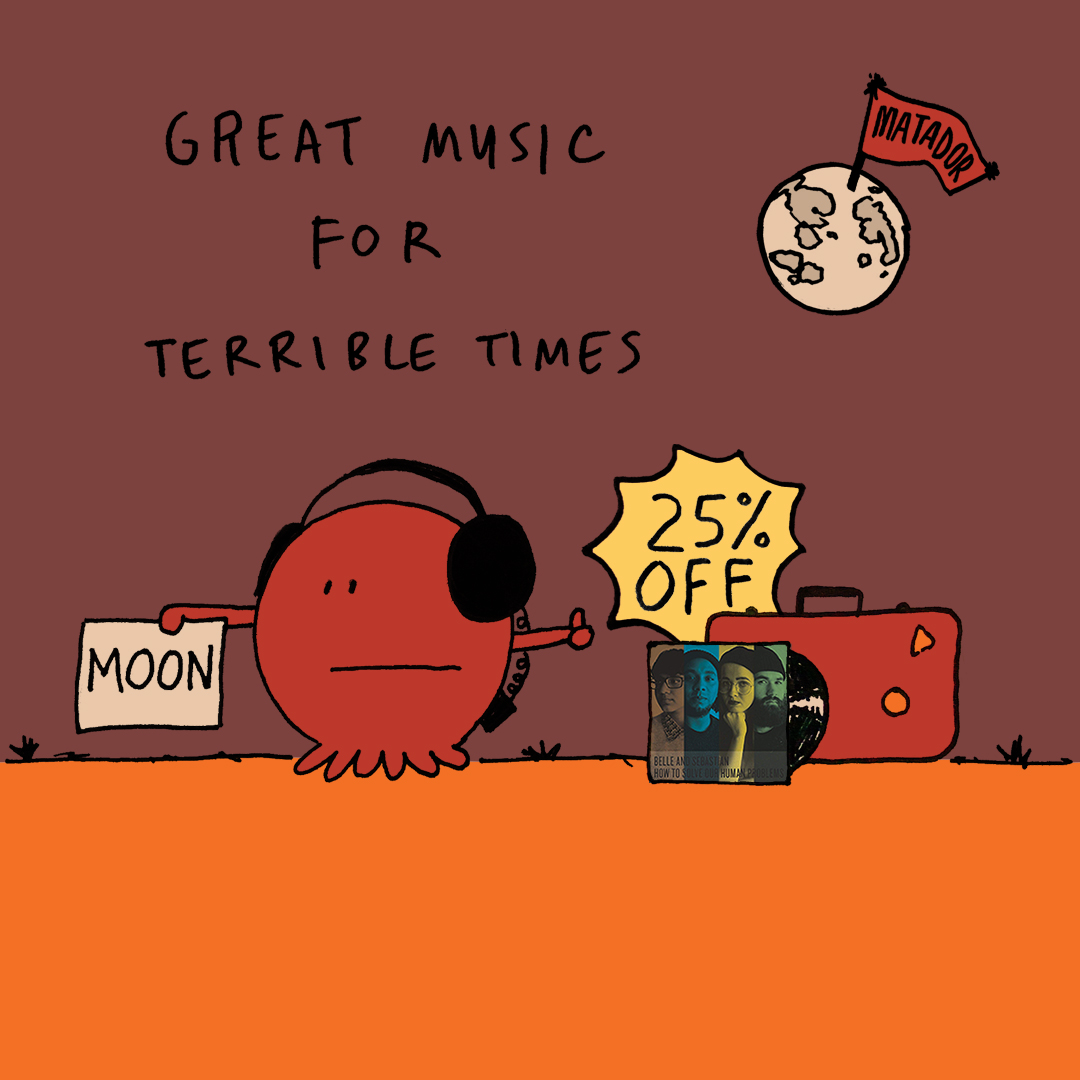 Dear Citizens of Earth,
As we reach the end of 2018, it would not be an exaggeration to say we’re in the midst of many difficult moments in human history.  The icecaps are melting.   America is on the brink of a constitutional crisis.  You can’t walk 15 feet in any major metropolis without breaking your neck on a discarded scooter.  Your personal data (including everything we collect in this campaign) is being used for nefarious means. Nearly 15% of the public believes we actually told someone to “sound more like Adele.”  Nearly $40 million was spent to produce “The Hurricane Heist”All of that said, there is still beauty, mystery, and grandeur in what’s left of the fine arts.  And when you’re done with the fine arts, there’s Matador's incredible array of 2018 titles from Belle and Sebastian, Body/Head, boygenius, Car Seat Headrest, Lucy Dacus, Iceage, Interpol, Stephen Malkmus & The Jicks, Liz Phair, Snail Mail, Kurt Vile and Yo La Tengo.  Will these records help you sort out a world gone mad? hey, they’re great, but not THAT GREAT.  Almost certainly, and that’s why your friends at Matador —a label as magnanimous as it is humble — are offering an unprecedented 25% OFF when you use the code, “terribletimes” thru December 13. Orders of $40.00 and above receive a free tote bag and take it from me, a tote bag skeptic, you’re way less likely to drop shit all over the sidewalk when you have a stylish bag. 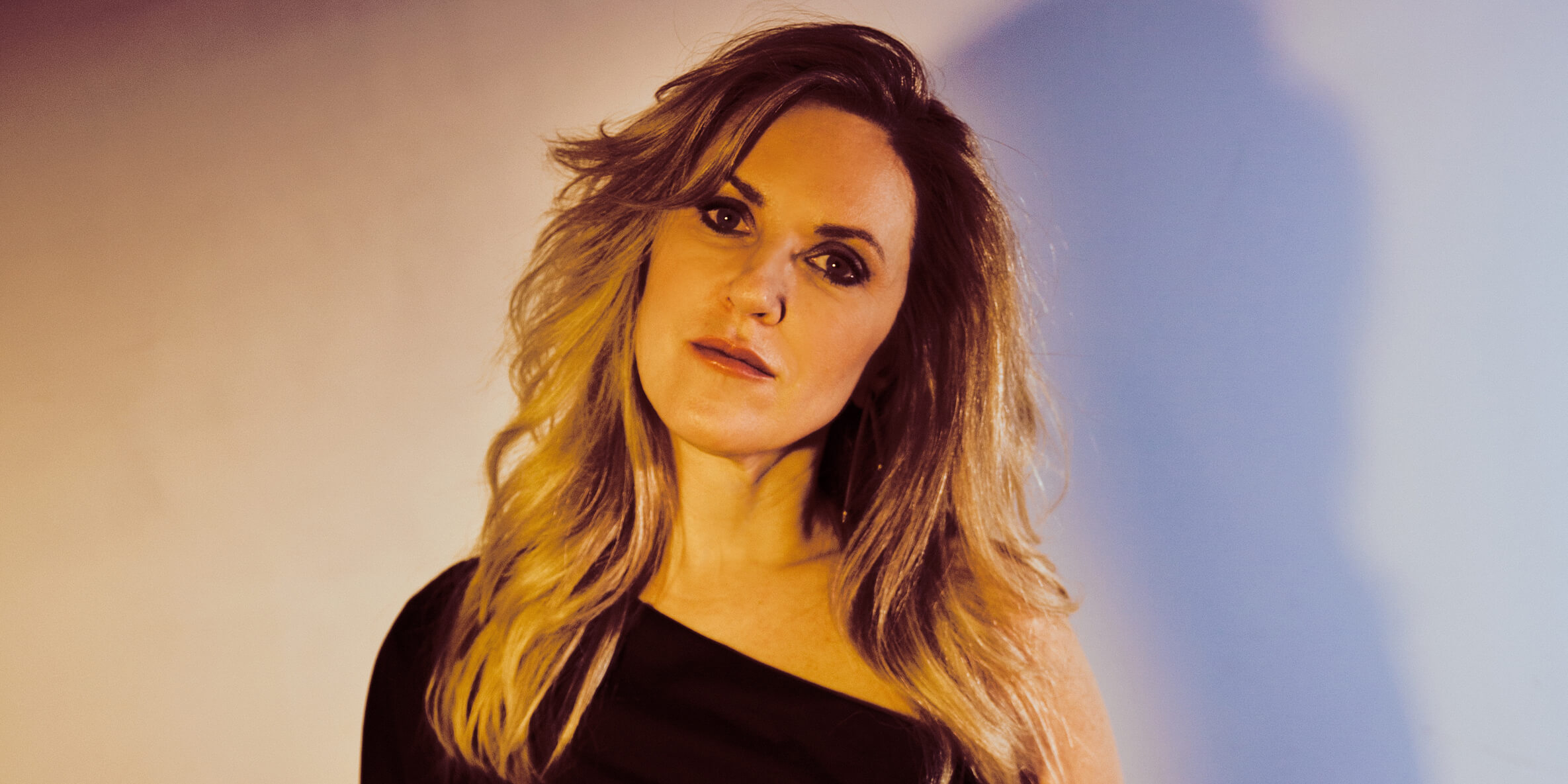 In the wake of the wildly well-received 'Girlysound To Guyville' box set release and reissue of 'Exile In Guyville', Liz Phair is playing North American dates this September and October (see below). All (non-festival) shows go on sale this Friday at 10am local time, however there's a presale tomorrow at 10am (CODE : AMPS) and another on Thursday at 10am (CODE : ONTHELAWN).

Liz Phair's comprehensive early-career retrospective, Girly Sound to Guyville: The 25th Anniversary Box Set is out today. The 56 tracks include  Phair's three Girly-Sound tapes, as well as her seminal 1993 debut LP Exile in Guyville, remastered by Emily Lazar at The Lodge.

The LP box set is now sold out on the Matador web-store, but copies are still available via indie record stores and third-party online retailers.

The team at our subterranean web development bunker has manufactured the "Guided Listening to Guyville" playlist to help digest all of Phair's newly available material. The site that features lyrics, facts and live videos for each song in the expansive release. Check it out here.

Also premiering today: a newly remastered version of the video to "Never Said," from Exile in Guyville. This video follows the recently reissued "Stratford-On-Guy," also restored from its original masters. 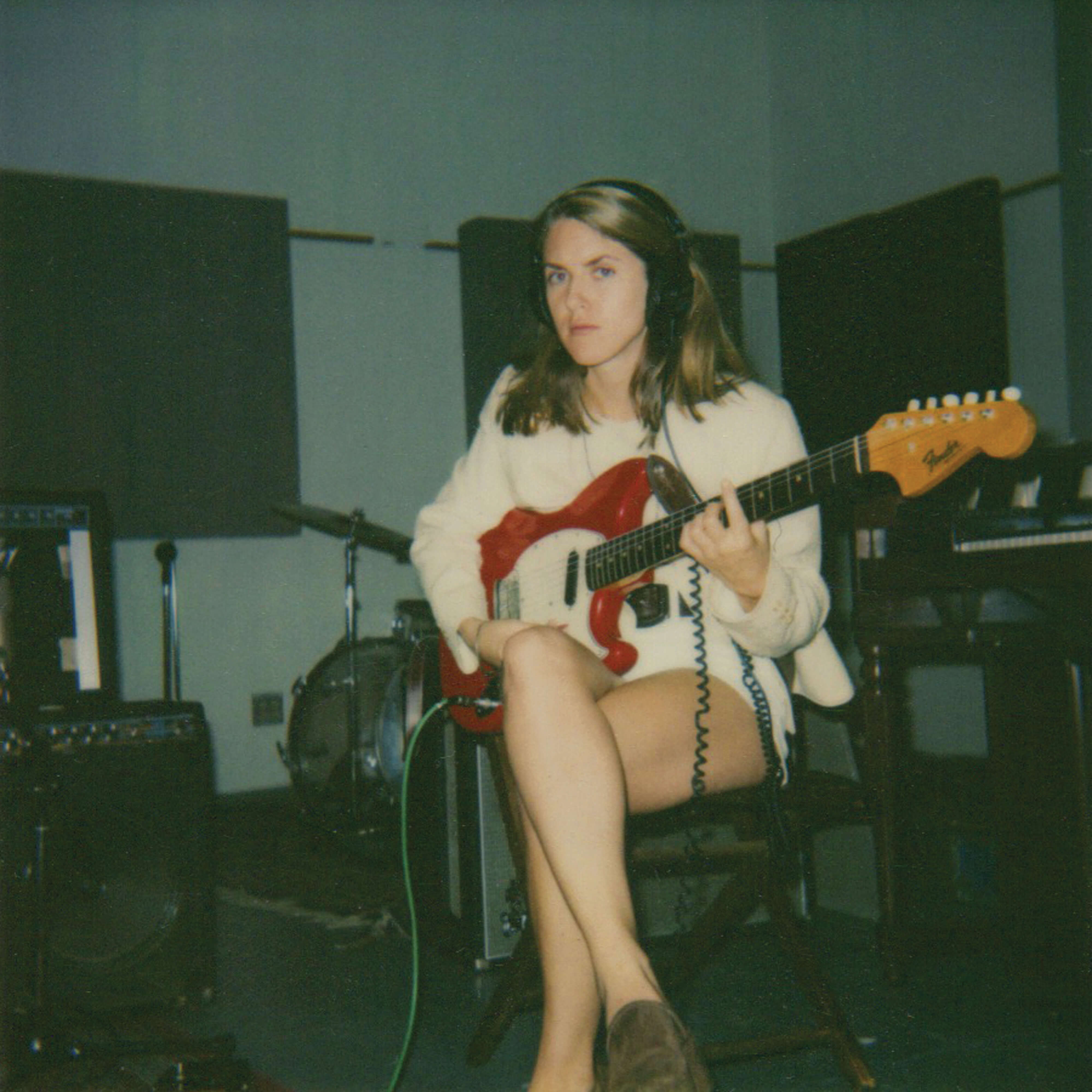 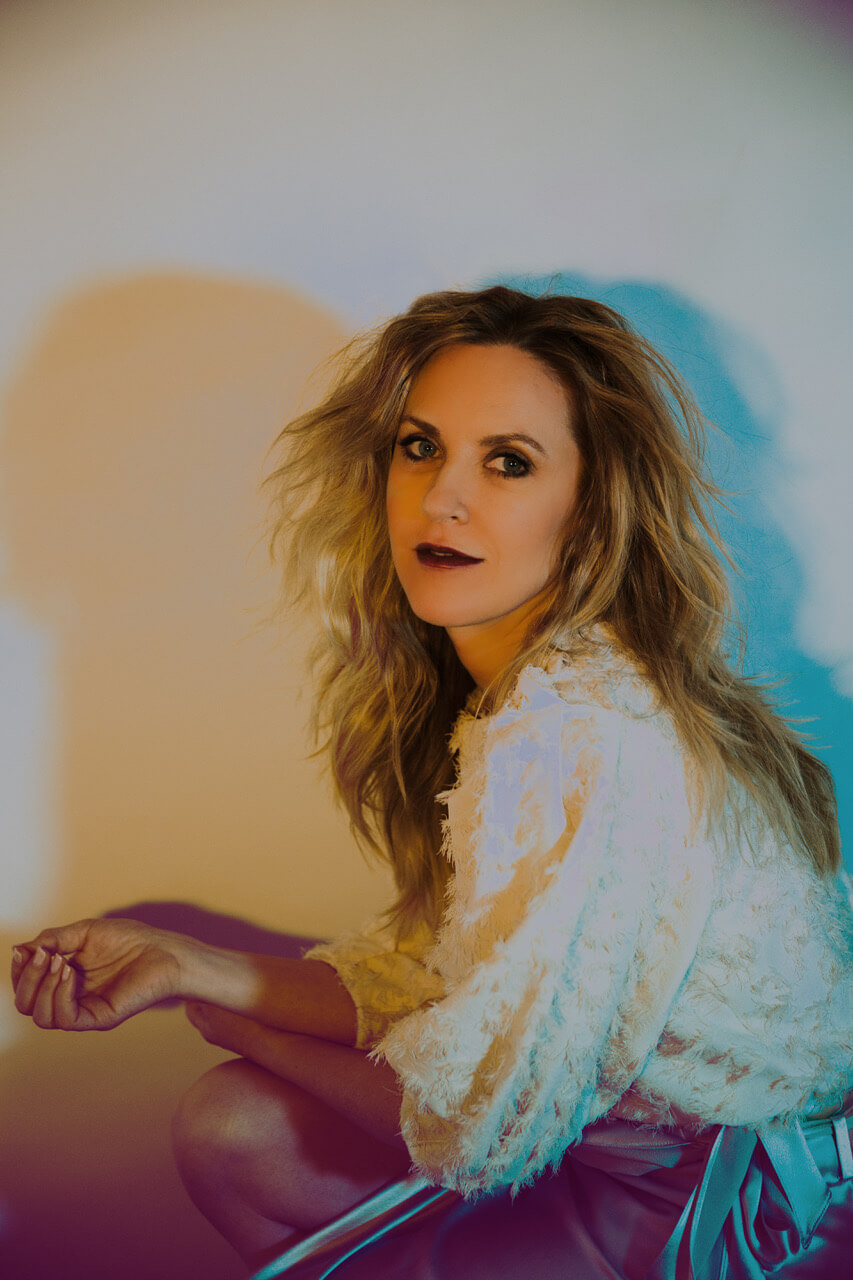 Prior to the May 4 release of 'Girly-Sound To Guyville' : The 25th Anniversary Box Set', we've released the remastered audio for "Bomb" (culled from 'Sooty', the third 'Girly-Sound' cassette') as well as premiering Phair's video for "Stratford On Guy" (the song that "Bomb" would eventually morph into) with remastered audio as well (above).

"We were in talks with labels about the second record - Matador was being courted by Atlantic - and Danny Goldberg came backstage to meet me. I told him about my idea for the next video - ‘Stratford-On-Guy’ - explaining that we were stalled due to budget constraints. He asked ‘what do you need?’ I said, ‘a private plane to fly over downtown LA and get footage at night.’ I wanted to shoot the electric veins of the city. He just said, ‘done!’ It was one of those real rock star moments.

So my husband, his friend Michael Mees, who was the DP, and I went up in this 8 seater Lear Jet and got the greatest footage ever. We were literally flying sideways so Michael could shoot straight down over the rooftops of all the buildings. We were executing these tight turns above the skyscrapers and the G force was incredible. You could feel your internal organs dragging to the other side of your body cavity. Michael was using this really heavy camera and Jim, my husband, had to hold onto him as we shot. The lens of the camera was pressing down against the window pane and I remember Michael nervously joking - and not really in jest - that the glass beneath him better hold. It was so fun. We made two approaches into the airport so we could capture that fantastic runway lighting. Those images are etched in my memory forever. I seem to recall I somehow wedged my head up between the pilots like a dog peering over the backseat so I could see that awesome 180* cockpit view, too. Good times!” - Liz Phair 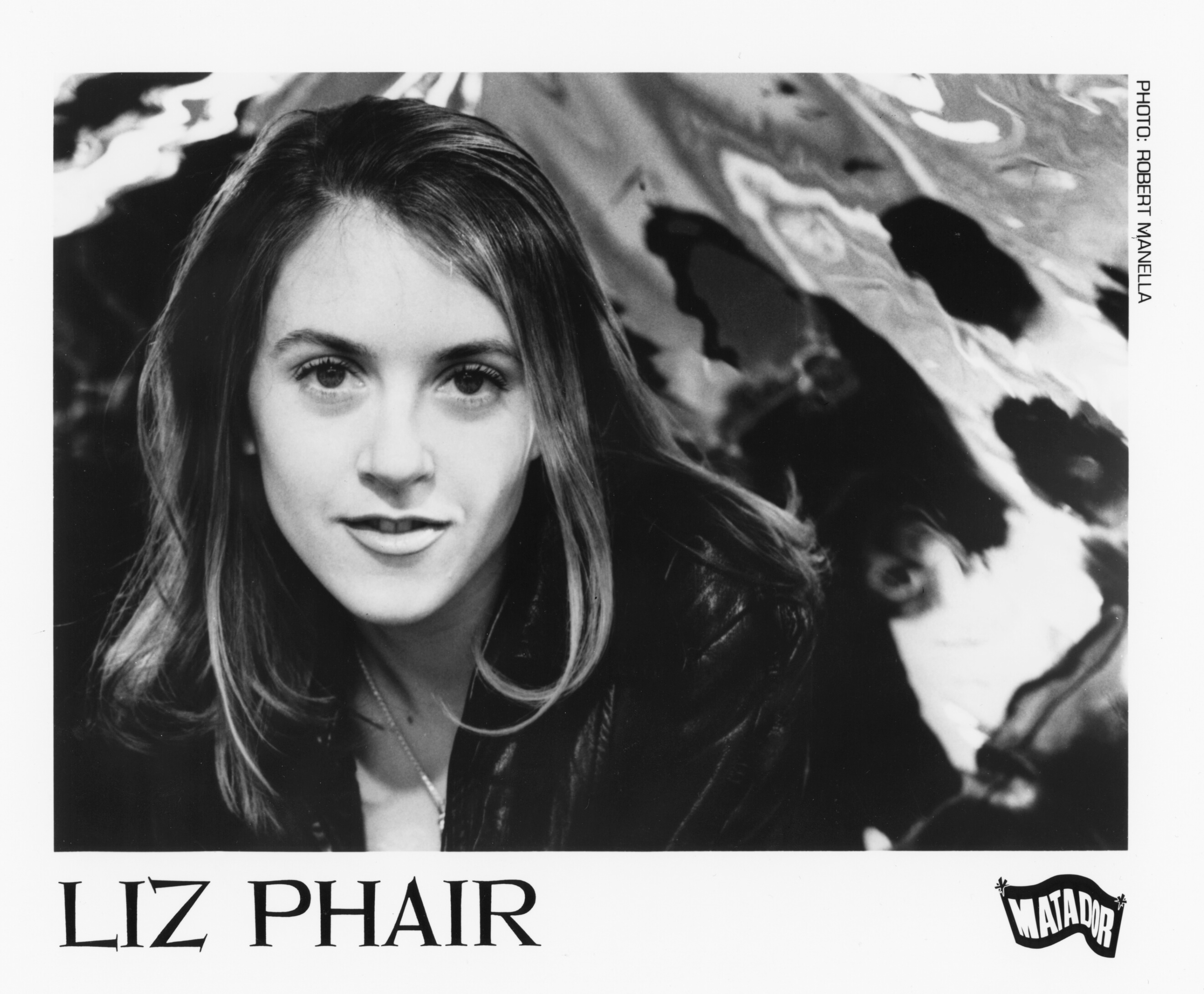 This year marks the 25th anniversary of Liz Phair’s landmark debut Exile in Guyville. On May 4th Matador will release a comprehensive box set: 7 LPs or 3 CDs cataloging the Guyville era in an edition of 1900, including the first official restored audio of all three 1991 Girly-Sound tapes. The tapes were meticulously restored from original copies of the cassettes, traded from hand to hand at the time, by Dave Cooley at Elysian Masters. Also available on double vinyl and regular CD for the first time in years: the original Exile in Guyville, remastered by Emily Lazar at The Lodge.

Buyers have the option of purchasing the remastered Exile in Guyville on 2xLP / CD or purchase the box set which includes Exile in Guyville as well as the Girly-Sound tapes Yo Yo Buddy Yup Yup Word To Ya Mutha, Girls! Girls! Girls! and Sooty. The box set also includes a book featuring essays by Ann Powers (excerpted below), Liz Phair, and an extensive oral history of Phair’s collaborators compiled by Jason Cohen. The vinyl edition of the book also includes never before seen photos, artwork, and ephemera.

Both sets will also be available via all digital retailers and streaming services on release date.

PRE-ORDER "GIRLY SOUND TO GUYVILLE" AND "EXILE IN GUYVILLE" HERE 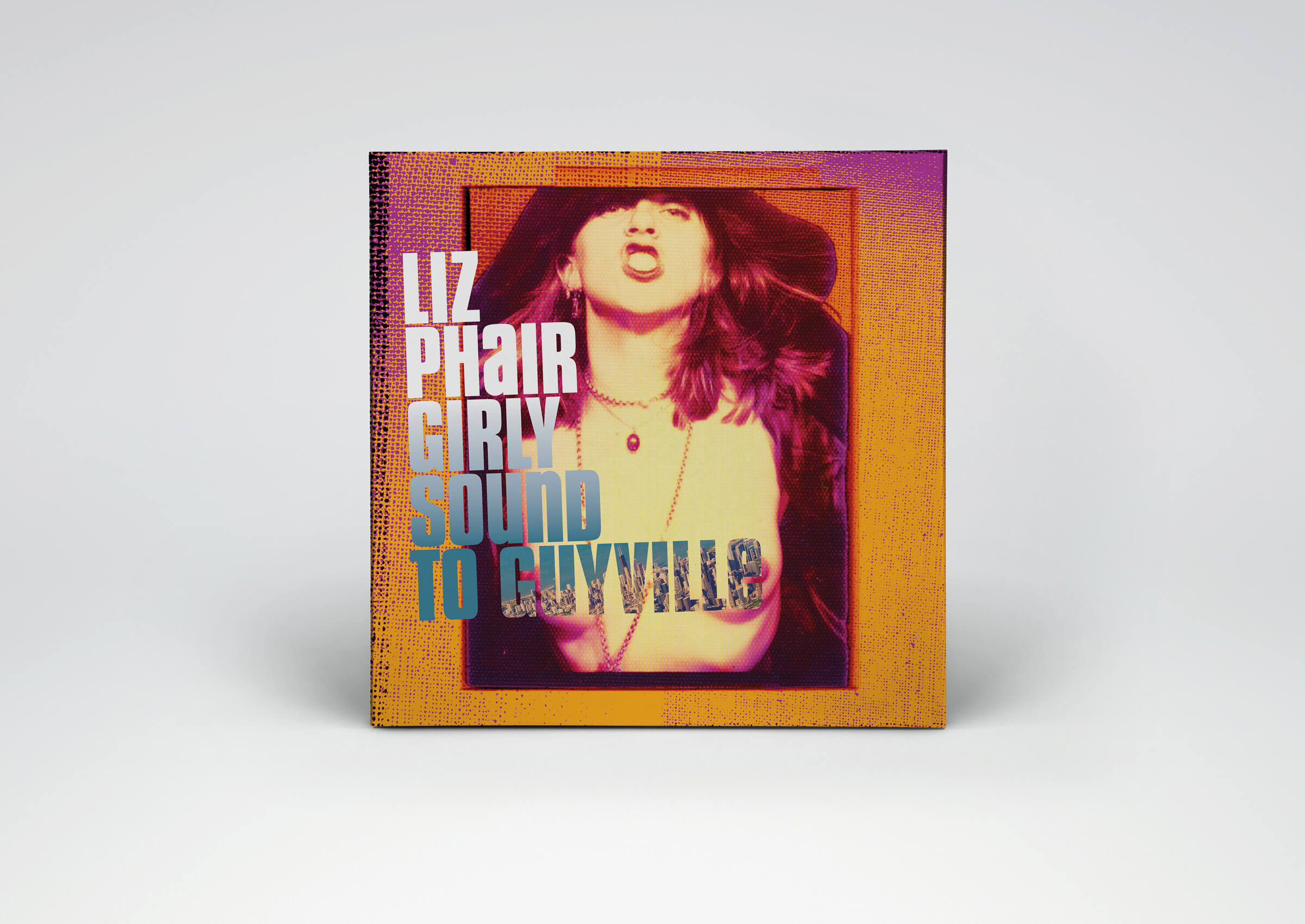 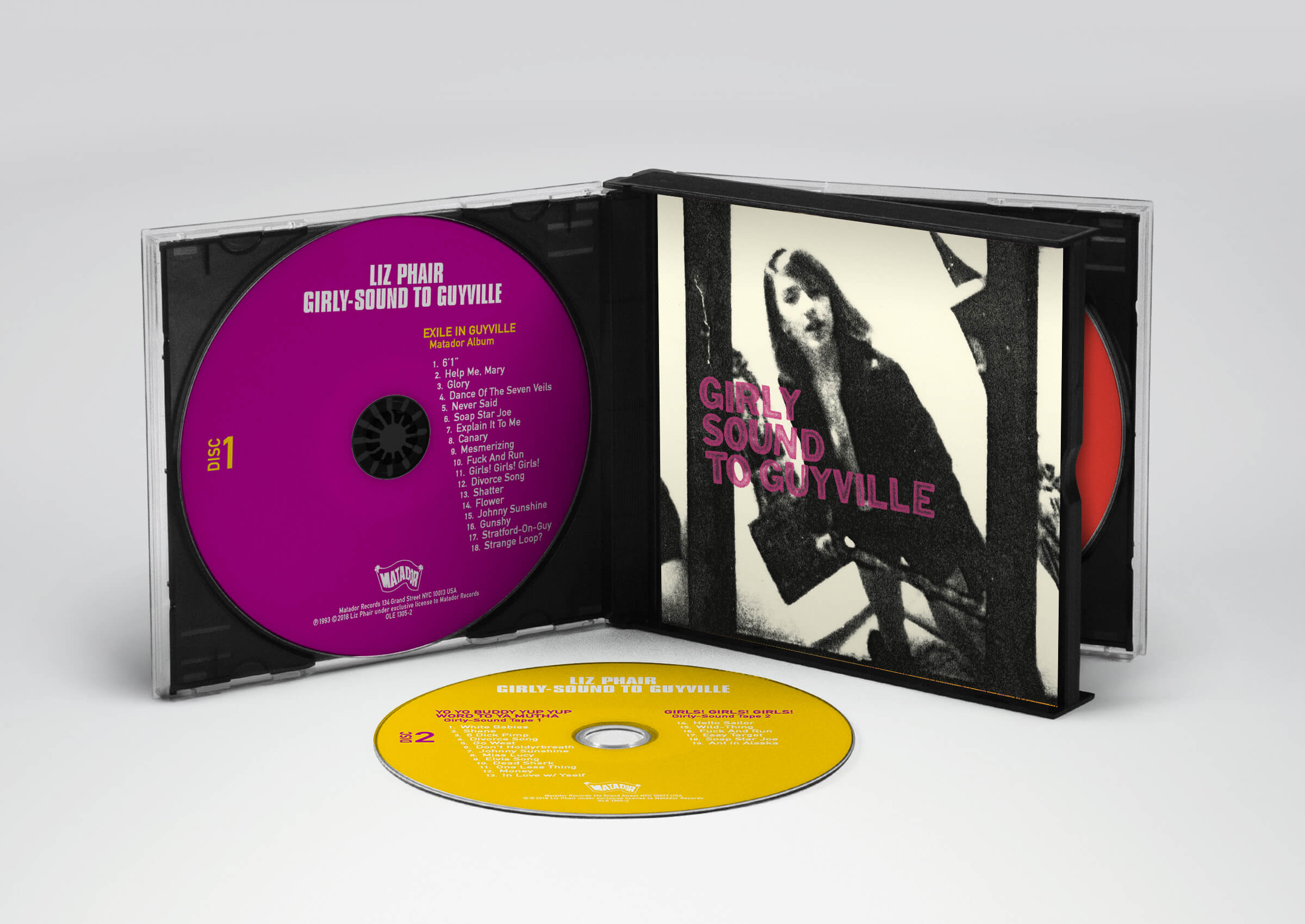 If a 7 LP set is not enough (and when is it ever, really) the 3 Girly-Sound tapes, restored by Dave Cooley at Elysian Masters, will be released as replica cassettes in a limited edition of 345 copies. The cassettes will be available as a premium exclusive for those ordering the box set on vinyl or CD through the Matador webstore.

An excerpt from TALKING BACK IN GUYVILLE? by Ann Powers

Back in the 1990s, when everybody in a certain corner of the punk scene was reading feminist theory and making mixtapes, people used to go on about "speech acts." You might wonder, what the hell is a speech act? How is it different than plain old speech? Every time you open your mouth, you're spraying out your point of view like viral spit. Pointing this out seems a little redundant.

Yet people can easily forget that their words don't just fall on empty air; they hit people and have the power to infect. "It was nothing," a guy says, after he's told a woman her ass looks good in those jeans, or she might hurt herself if she carries something heavy, or it's kind of a shock that she's so good at playing guitar. One thing feminists do is point out that the little jokes men make, the condescending asides, even the well-meaning compliments (you're so pretty, little girl) are epidemic. They keep women an invisible quarantine, away from their own subjectivity, away from power. Or, as Liz Phair says in one of the songs on her immortal Exile in Guyville, "When you said I wasn't worth talking to, I had to take your word on that."

A lot of dudes had said a lot of things to Liz Phair by the time she was 23. After college and a year of fucking around in San Francisco, she was back in her parents' house in the Illinois suburbs, semi-secretly writing and recording songs on a 4-track. She was also running with some guys who loved to tell her how much they knew about rock and roll and what it took to be a real musician. They tended to be startled when they discovered her ambition. When she gave her tapes to a couple of them, they recognized that she was brilliant, but by the time she got a record deal with a cool indie label, many were wondering how and why. "Guyville is wrapped up in how the songs were written and in the way it was created and came about: It's that girl, that girl having people say you can't do this, you aren't good enough to do this, you don't know what you are doing," Phair told the journalist Jessica Hopper in a 2013 oral history of her absolutely brilliant, groundbreaking, stereotype-defying debut album Exile in Guyville.

To preview the release of Girly Sound to Guyville, Phair has released a track from Girly-Sound: an early version of the Guyville highlight "Divorce Song" originally heard on Yo Yo Buddy Yup Yup Word To Ya Mutha. Liz will kick off the "Girly Sound To Guyville Tour," performing material from the newly reissued set, this Spring with select dates across the U.S. Tickets are on sale next Friday March 23rd at 10am ET.