"Describe" (A. G. Cook remix)
(directed by Jack Wedge and Will Freudenheim)

Today Perfume Genius reveals A. G. Cook’s remix of his single “Describe.” The track is taken off the forthcoming 'IMMEDIATELY Remixes' album which is set for digital release on March 12 and in stores on June 12 (Record Store Day).

On Monday night (March 1), Julien Baker and band performed "Hardline" on NBC's "Late Night With Seth Meyers". The studio version of "Hardline" can be found on the new album, 'Little Oblivions', out now and available everywhere. 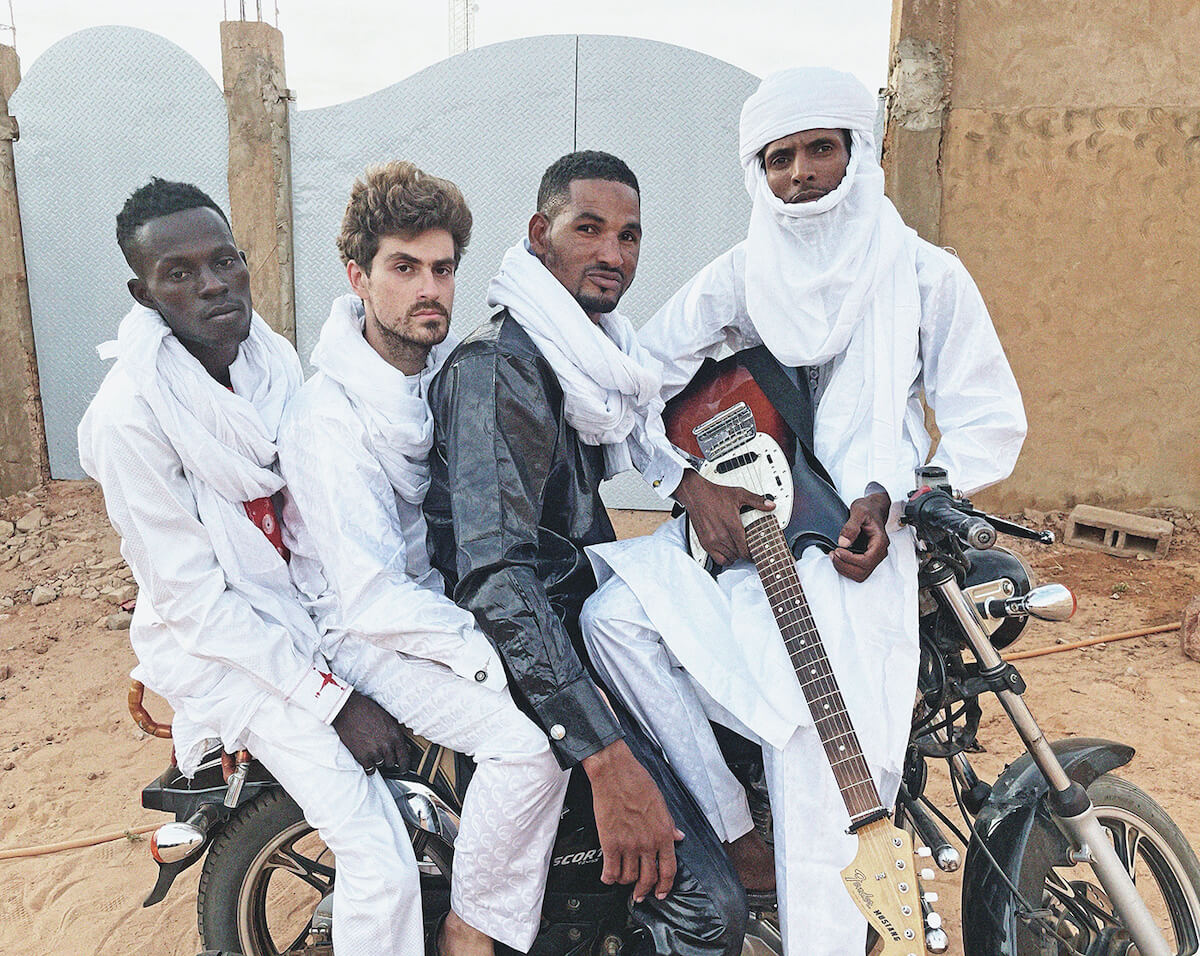 On May 21, Matador Records will release 'Afrique Victime', the long-awaited new album by Mdou Moctar.

Mdou’s home is Agadez, a desert village in rural Niger. Inspired by traditional Tuareg melodies and YouTube videos of Eddie Van Halen’s six string techniques, he mastered the guitar and created his own burning style. A born charismatic, Mdou went on to tell his story as an aspiring artist by writing, producing, and starring in the first Tuareg language film: a remake of Purple Rain called Akounak Tedalat Taha Tazoughai – which translates to “Rain The Color Of Blue With A Little Red In It” – winning the approval of his family and his community. The word and the sound travelled across West Africa via mobile phone data cards, a popular form of local music distribution. Grueling DIY world tours and albums on the independent US label Sahel Sounds followed, including 2019’s landmark Ilana: The Creator, which earned Mdou an ecstatic international audience.

'Afrique Victime' is result of the combined efforts of Mdou and the members of the band that shares his name. His crucial collaborator is Ahmoudou Madassane, who’s been his rhythm guitarist since 2008. Their two guitars are an alchemical combination. As a songwriter, producer, and recording artist Ahmoudou is the premier musical ambassador to Tuaregs in Niger ­– empowering young musicians with instruments, recording opportunities, and visas. Masassane helped form the revolutionary first woman-fronted Tuareg guitar band Les Filles De Illighadad, whose debut album and tours caused an international sensation in 2019.

Producer and bassist Mikey Coltun flies 20 hours from Brooklyn, NYC, then takes a 28-hour bus ride to reach Agadez so the band can practice and record. With no support from a major label or a manager, they made this journey out of Niger every time they toured. In the past three years, Mikey’s played over 500 shows on three continents as Mdou Moctar’s bassist, road manager, producer/recording engineer, and friend. Coltun recorded and produced 'Afrique Victime' around the band’s travels in 2019 ­– working in studios, apartments, hotel rooms, venue backstages, and in field recordings in Niger.

Recording and honing songs as a touring outfit forged a live wire new sound. If Ilana was a late ’60s early ’70s ZZ Top and Black Sabbath record – 'Afrique Victime' is mid-’70s to early ’80s Van Halen meets Black Flag meets Black Uhuru. The ferocity of Moctar’s electric guitar and the band's hypnotic rhythm section are on awe-inspiring display “Chismiten” and the mournful yet incandescent title track. Elsewhere, Moctar finds inspiration in highlighting lesser-known facets of the group: “While people have gotten to know Mdou Moctar as a rock band, there is a whole different set of music with this band done on acoustic guitars, which we wanted to incorporate into this album in order to go through a sonic journey,” he says. Mdou pays homage to one of his heroes Abdallah Ag Oumbadagou, the legendary Niger musician and political revolutionary, on songs “Habibti” and “Layla”. “Abdallah was a contemporary of Tinariwen and helped to pioneer the sound of Tuareg guitar music blended with drum machines and electronic sounds”.

“From prison to Nobel prize. They ceded to Mandela / Africa is a victim of so many crimes / If we stay silent it will be the end of us / Why is this happening? “Moctar asks on the title track. “I want the world to know that we are making music to promote world peace and be with everyone on the same level, fighting against racism”, he says. “All colors and genders are equal. Women, men and children all suffer in the desert due to the colonization by France and therefore there is a lack of the basics - hospitals, drinking water, schools.”

The needs of Agadez are a major part of what drives Moctar as an artist and promoting the region’s youth through music is an especially personal cause. “I know what it’s like to have been in that position,” he says, “to not have the support of your family, or the money for guitars or strings, it’s really hard. I have a lot of support from the younger generation, because I help them out a lot. When I get back from tour, I give them gear that I bought while I was away so they can go out and form their own bands.”

Says Coltun: “In Agadez the music and feeling at Tuareg weddings is exactly like the best of Western DIY/Punk shows. It's loud, energetic and powerful. There is a sense of everyone helping out. Tuaregs are a tight community. If you're Tuareg you're considered family.”

The music listeners are the beneficiaries of the staggeringly powerful do-it-yourself musical ethic of Mdou Moctar – the man and the band – who’ve worked so hard to bring the spirits of families and communities in Niger to the West. Afrique Victime sounds and feels like a Tuareg hand reaching down from the sky, and we are very lucky for this chance to get lifted. 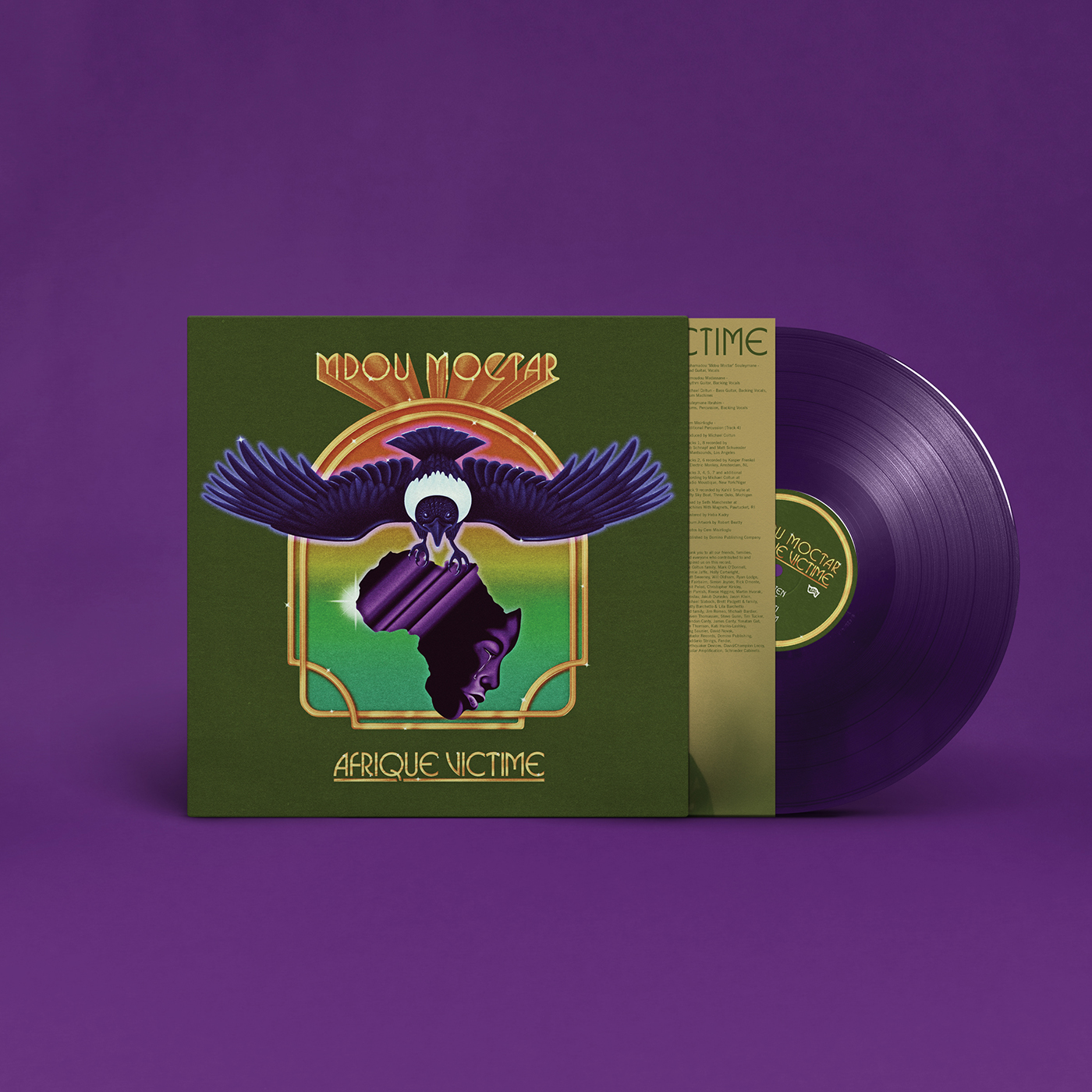 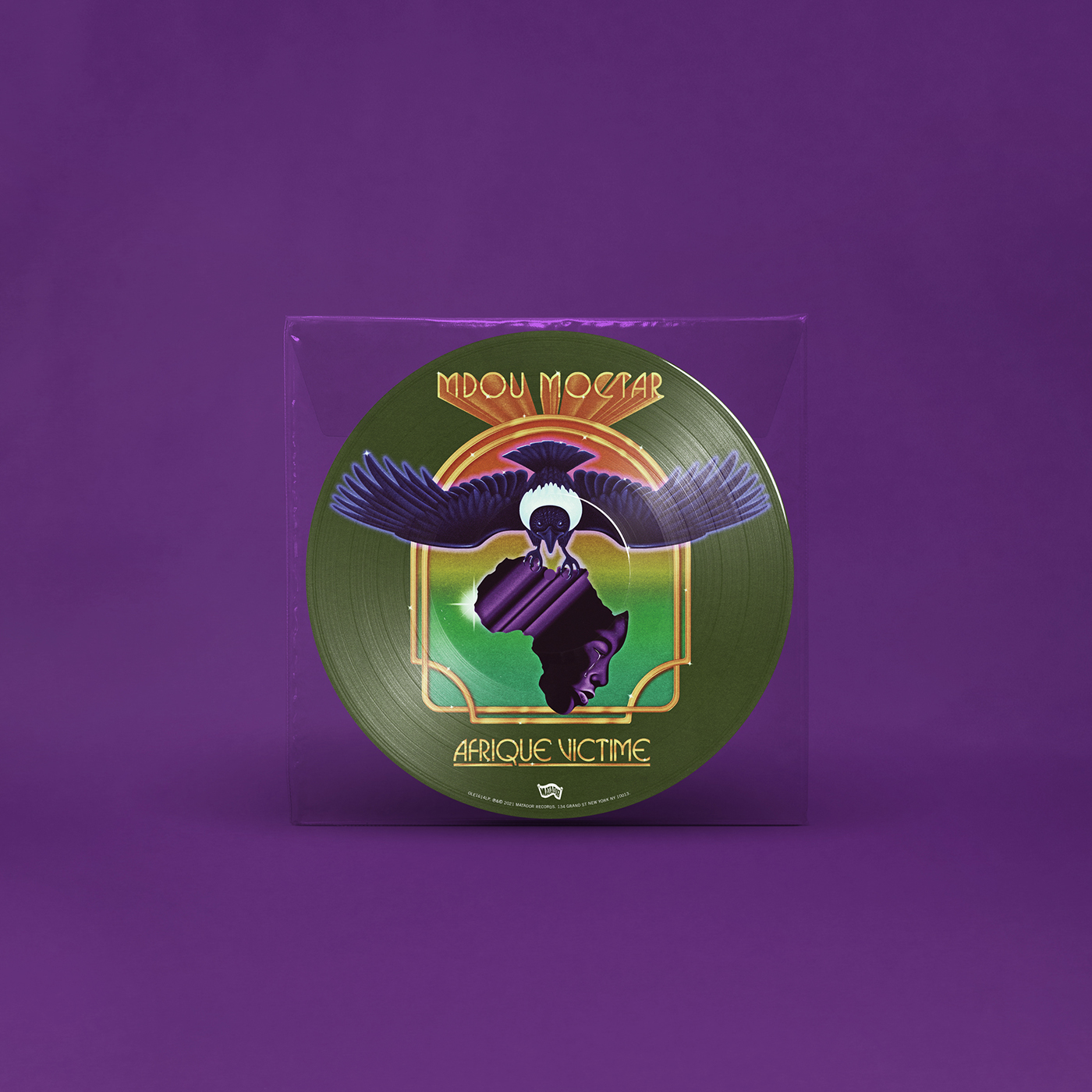 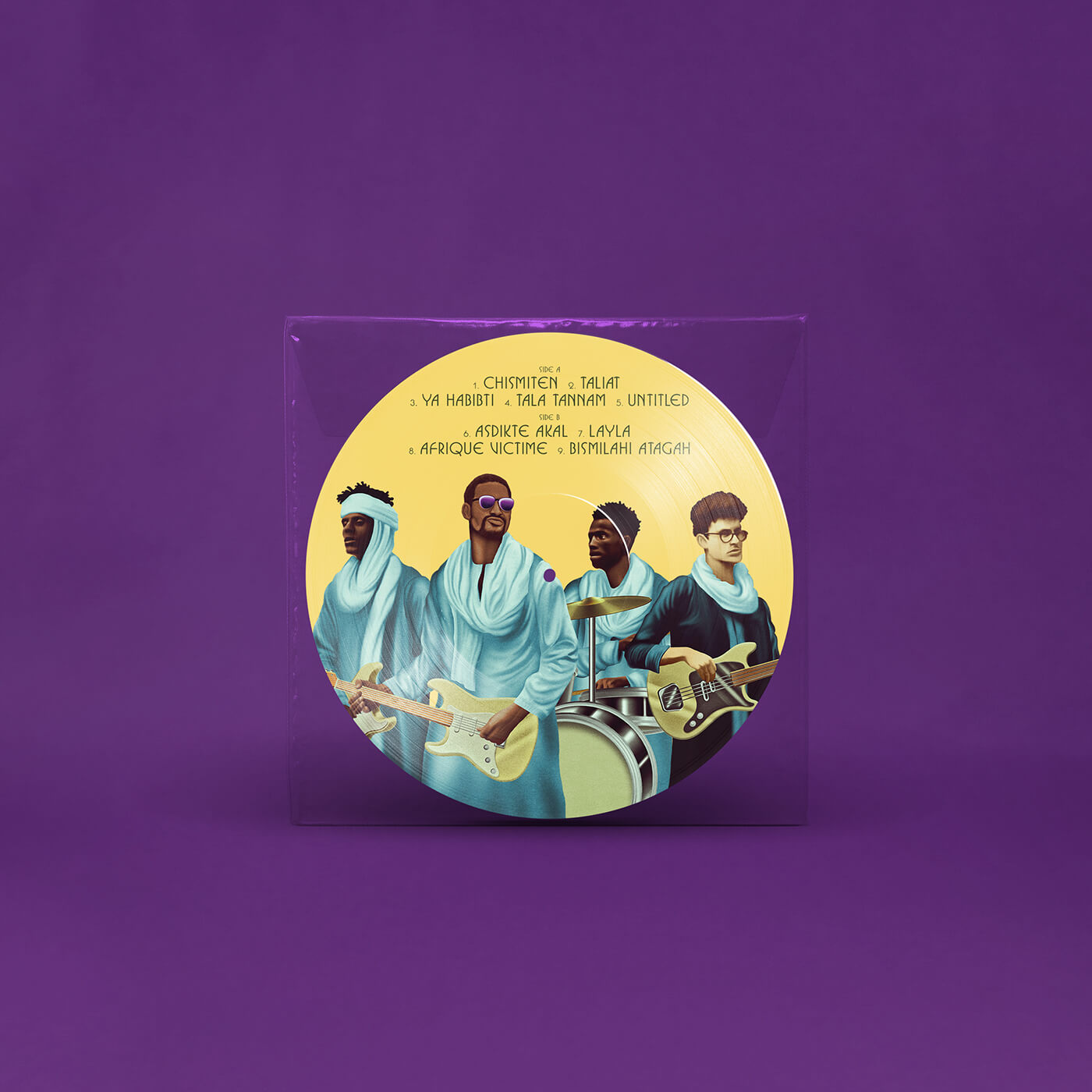 "Gang of Four, in a way, were the great missing link that led us all down a road of austerity of sound, and discipline of method.
You could be fooled into thinking they are minimalist, but these are keenly arranged tracks that trade on the currency of suspense, and the power of reduction. The lyrical layer is poetic, passionate and painfully human." - Brendan Canty, Fugazi

“When I was 14, no album gave me more excitement than Entertainment! It was the first album that I wore out the vinyl grooves on. I learned the words and could "sing" along with it. Songs Of The Free and Solid Gold followed suit. Gill and King, along with Boon, McCulloch and Stipe, were rock gods for me. "
Bob Nastanovich, Pavement On April 23, Matador Records will reissue two of Gang of Four’s critical early works, 'Entertainment! '(1979) and 'Solid Gold' (1981). Both have been remastered from the original analog tapes and will be made available on LP and CD.

Gang of Four’s debut record, 'Entertainment!', remains one of the most beloved and influential works of its era (or any era, really) – an unparalleled collection of songs that has left an indelible mark on generations of bands, producers, and artists.

It boasts a much deeper, bass heavy sound and contains the singles "Outside the Trains Don't Run On Time" and "He'd Send In The Army."

The book details the history and legacy of the original Gang of Four with never-before-seen photos, contributions from surviving original band members, rare posters, ephemera, flyers, essays, artwork, liner notes and more. It also marks the first official publication of their lyrics.

The CD version of the box will not include the badges or the C90. The demo recordings will instead be made available through a download code.

A new tribute album, 'The Problem of Leisure: A Celebration of Andy Gill and Gang of Four', will be released in May via Gill Music and features contributions from Flea and John Frusciante, Warpaint, La Roux, and more.

This month, 'Solid Gold' and 'Entertainment!' will be featured on #timstwitterlisteningparty, where Dave Allen, Hugo Burnham, and Jon King will comment on the songs throughout playback. Tune in for those at 6pm GMT on 3/1 and 3/12 respectively. 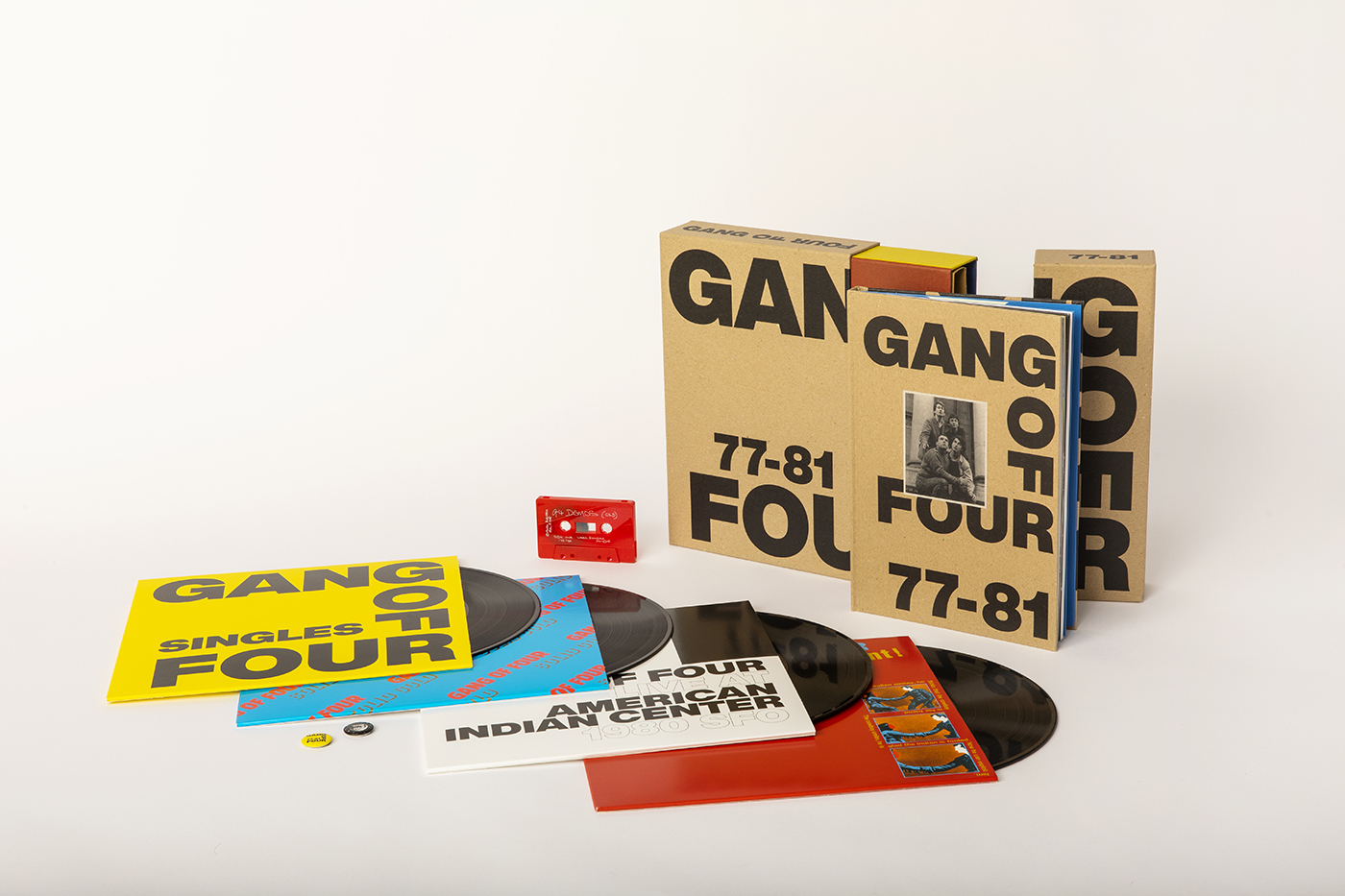 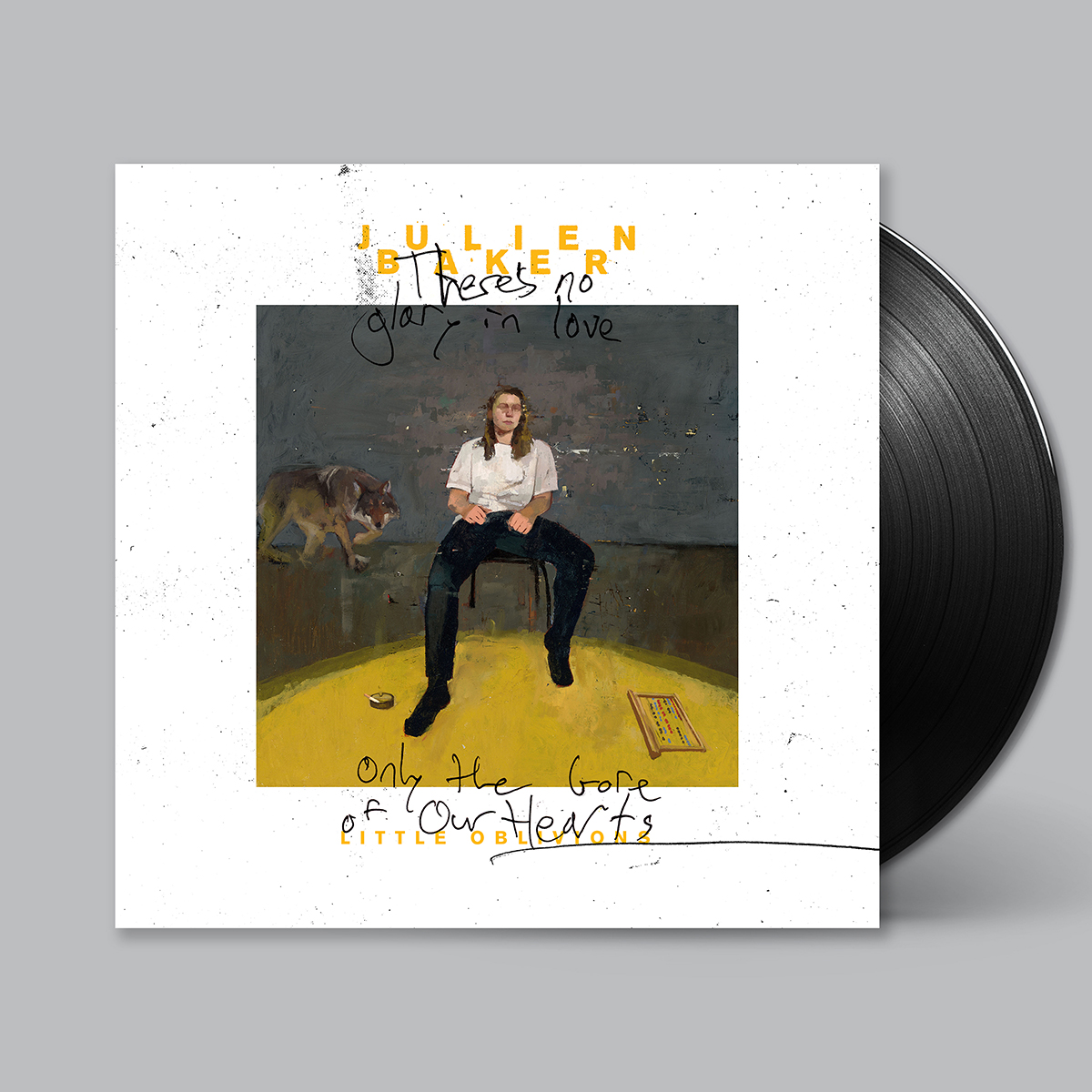 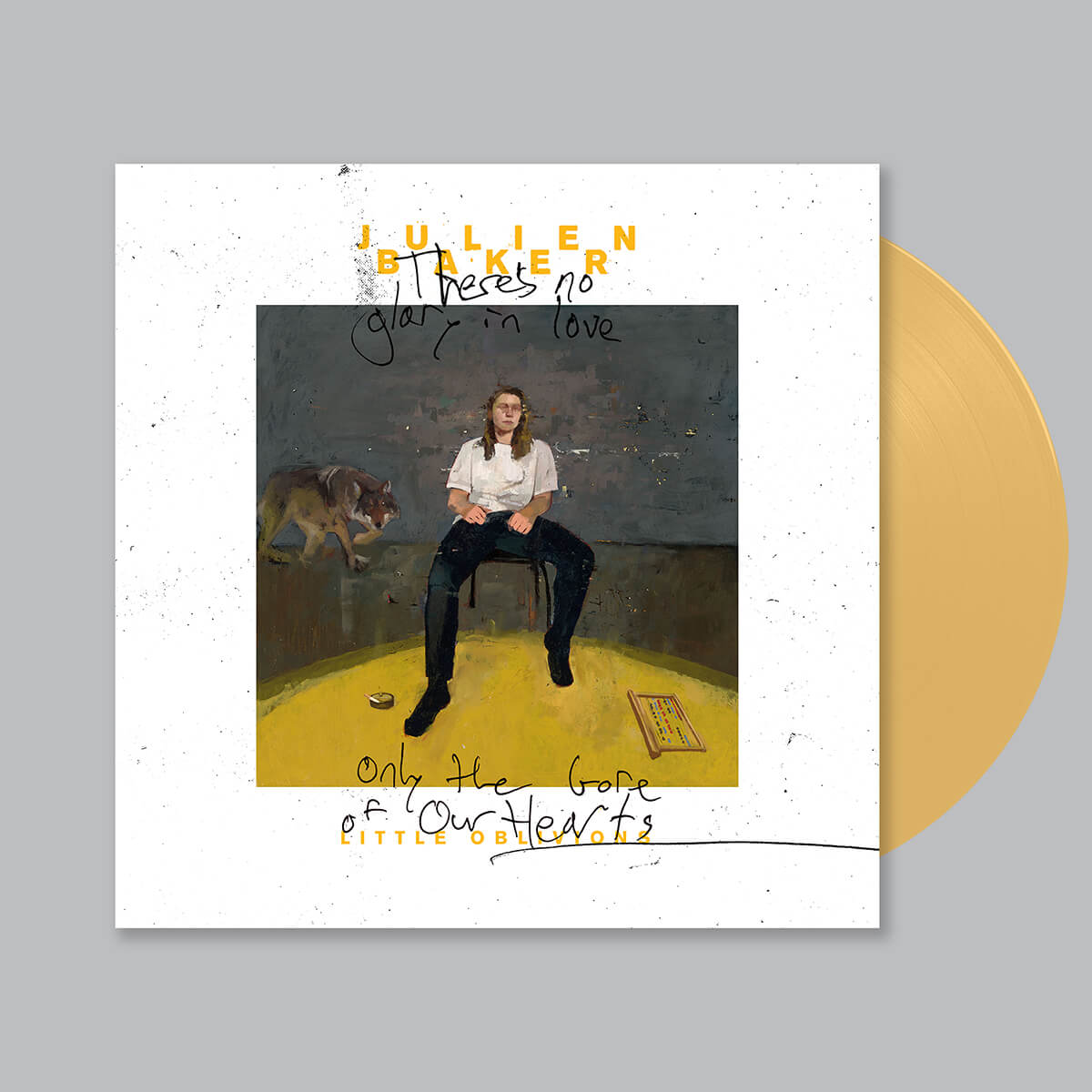 Today (Friday, February 26) marks the official release date for Julien Baker's eagerly anticipated 'Little Oblivions'.   There's myrian ways to stream or purchase,  and this map of independent retailers might help you find any remaining copies of the gold vinyl edition. 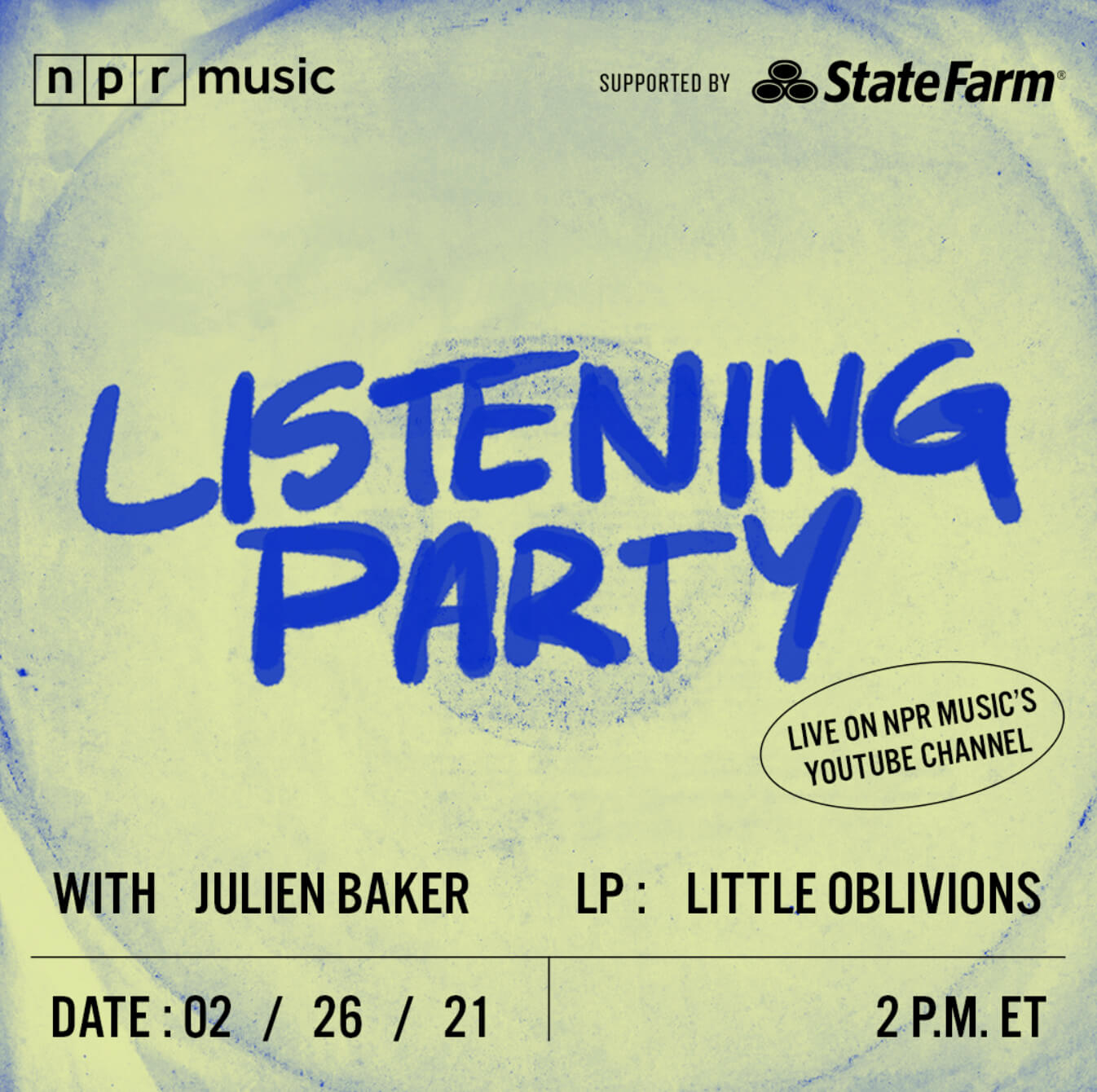