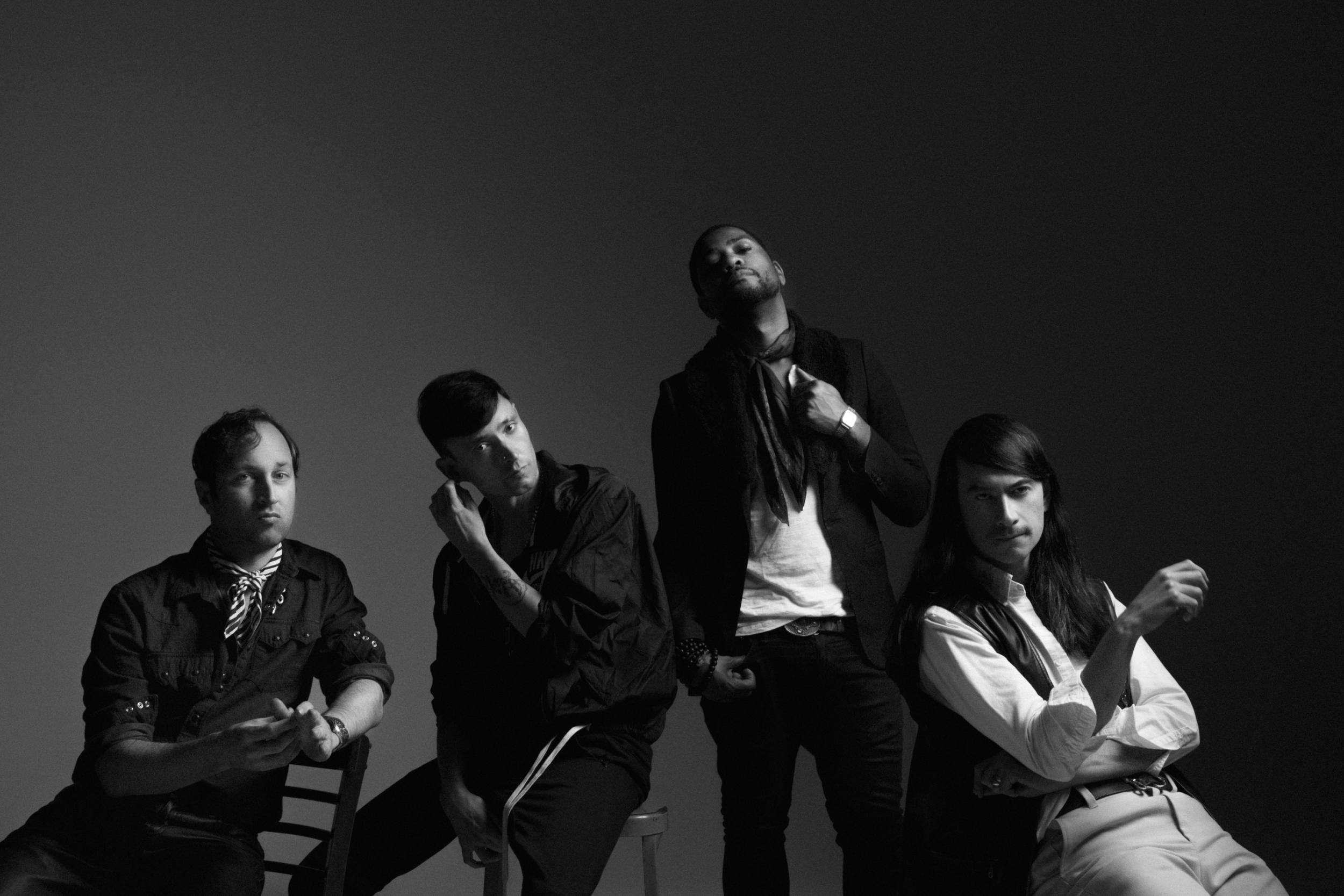 “I Can’t Stand It!” was written and produced by frontman Franklin James Fisher, who says: “It’s a very personal song about a devastating loss of someone I believed to be the love of my life which nearly ended in my suicide. I think the song’s narrative arc reflects the sense of dread and the path that led me to that moment. She put on “What You Don’t Want Me To Be” the first time I heard it and I knew immediately that I was going to sample it—I just couldn’t have known the result would be a song about our own end. But every time I sing that song now it feels like I heal a little bit more.”

Jae Matthews says: "I wanted to give Algiers not so much a narrative, but a recollection of a feeling. That abstract evocation that comes when you think about someone who broke yr heart and how that pain still tethers you."

Following her five-night, sold-out "Valentine Festival" hometown residency at Baltimore's Ottobar next month, Snail Mail will be back on the road this spring, performing shows across the US and making stops at Coachella, Shaky Knees, Mission Creek, and Governor’s Ball festivals. Water From Your Eyes and Dazy will support on headline dates. Find tickets HERE. 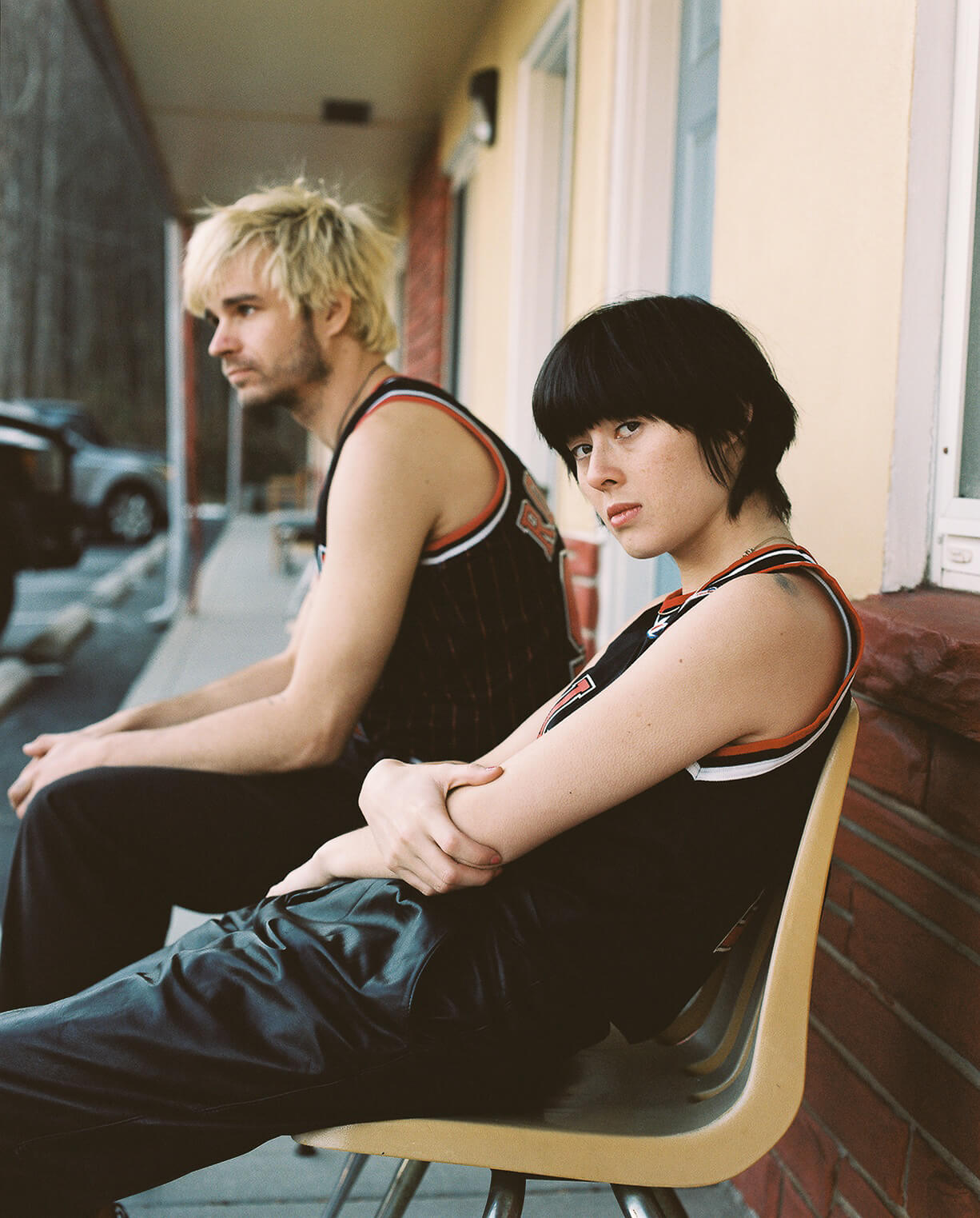 Matador Records is excited to welcome Brooklyn, NYC duo Water From Your Eyes to the label, with a new album due in the first half of 2023.

To mark the occasion, Water From Your Eyes will host a weekly live residency in New York throughout March. Tickets are free and available here. The band has also launched a newsletter, which you can sign up for here.

Water From Your Eyes will also headline shows in London, Brighton, Paris and Brussels before supporting Interpol in Spain and Portugal throughout February.

On the matter of joining the label, the band provided the following words

“This is all very crazy and we aren’t exactly sure what to say besides that it’s incredibly exciting and we are so fortunate to be working with such an amazing group of people. Neither one of us has fully processed the situation but I’m sure that this announcement will bring us closer to grasping reality—as much as the two of us are capable of such a task. We are so grateful to have this opportunity and there are not enough words in the English language to encapsulate our feelings of gratitude at this time. Nevertheless, thanks a bunch. This rocks.”

The ever-evolving project of Rachel Brown (they/them) and Nate Amos (he/him), Water From Your Eyes have released a stream of confoundingly anarchic, dizzyingly inventive, and increasingly recognised experimental pop music. The duo formed in Chicago in 2016 and are now based in Brooklyn.

The band’s 2021 breakout Structure, led by singles “When You’re Around” and "“Quotations”” (not be confused with the similarly titled ”Quotations”’ on the same album), was described by Pitchfork in their Rising feature as "... organized chaos built from the remnants of distorted post-punk, glitchy dance music, inquisitive orchestrals, and snatches of Exquisite Corpse-like word collages". “It holds your gaze long after the mystery fades, “ the album review stated, “channeling a powerful sense of empathy to mesmerizing effect."

Also released in 2021, 'Somebody Else’s Songs' (a reference to the band’s own 2019 album 'Somebody Else’s Song' that won them early attention) was a collection of transmogrified covers encompassing Eminem, Tears For Fears, OMC, Red Hot Chili Peppers, Joe Jackson and Nico. The band member’s individual solo projects, Thanks For Coming (Brown), and This Is Lorelei (Amos), highlight further shades of the duo’s respective fascinations and personalized output. Four days following its announcement, Belle and Sebastian today release new album Late Developers. Listen/purchase HERE. Single “I Don’t Know What You See In Me” (“a chorus so smilingly catchy it sounds like they could be thinking of following John Lydon to the Eurovision song contest” – Evening Standard) had its radio debut on Zoe Ball’s Breakfast Show on BBC Radio 2, and the track “When We Were Very Young” is currently on the BBC 6 Music A-List.

The band will be hosting an album listening party on YouTube at 1pm GMT today, with members taking part in the live chat

Watch the video for “I Don’t Know What You See In Me” HERE.

'Late Developers' has already been described as, “full of unexpected moments that bring out their best" (Uncut).

Arriving almost back-to-back to 2022’s Top Ten album ‘A Bit of Previous’, ‘Late Developers’ comes on like its predecessor’s sun-kissed cousin. It is a full-hearted embrace of the band's brightest tendencies that is not only fresh and immediate but possessing of that Belle and Sebastian je ne sais quoi of a group that will always be there for you with the perfect word or melody for the moment, while admitting tunefully that “Every girl and boy / each one is a misery” (“When The Cynics Stare Back From The Wall”). On February 10th, Matador Records will release ‘This Stupid World,’ the brilliant sixteenth album (and, to be honest, the sixteenth brilliant album) by Yo La Tengo. To help fix this date more firmly in the minds of the public, we today offer a new single, the gentle and atmospheric “Aselestine,” which features a lead vocal by Georgia Hubley.

Shortly following the album’s release, the band will embark on a tour of the US and Europe. Find a complete itinerary below. (photo by Lee To Sang)

Kicking off Matador’s Revisionist History Series for 2023, today we celebrate the 30th anniversary of Bettie Serveert’s debut album, ‘Palomine’. Heralded in its original four-star review by Rolling Stone as "untamed and free as pop gets,” this 1993 classic will see its first pressing by Matador since the album's original release on June 23rd on limited-edition translucent orange vinyl, accompanied by the “Brain-Tag” 7”, which was included with the original pressing.

A deluxe digital edition of the album is out today on streaming services, featuring three era-appropriate bonus songs (two of which are drawn from the ‘Brain-Tag’ 7”) – “Smile”, “Maggot”, and “Get The Bird.” Newly remastered versions of the music videos for “Kid’s Allright,” “Palomine,” and “Tom Boy” are available to watch on YouTube HERE.

“Looking back on recording the Palomine album, we were as green as grass,” say the band’s Carol van Dyk and Peter Visser, “but we loved music and most of all, we loved playing our own songs. When we started our band in the summer of ’91, we never had any ambitions, never thought about a 'career' in music, beyond maybe playing a gig or two. But then Matador Records responded to our 1st demo, offering us a record deal, which started the ball rolling and it changed our lives forever! ‘Pal o’ mine’ will always be like a dear friend to us and even after 30 years, we still enjoy playing those songs.”

While a debut album, ‘Palomine’ marked the second time around for Bettie Serveert. The band first formed in Arnhem in 1986, first calling themselves Betty Serveert, with bassist Herman Bunskoeke, guitarist Peter Visser, and singer/guitarist Carol van Dyk. At that time, Bunskoeke and Visser were also playing in a more established band, De Artsen, and decided to focus on their main gig. Betty Serveert ceased to exist after 6 months and van Dyk joined up as De Artsen’s sound engineer.

By late 1990 De Artsen had split. Bettie Serveert, as they now called themselves, reconvened, joined by drummer Berend Dubbe. A seven-song demo was recorded in December 1991 and one copy ended up in our one-room lower Broadway office.

It’s important to note that nobody in this band is named “Bettie Serveert.” The name – which translates into “Bettie served” (as in tennis) – was suggested by drummer Berend Dubbe, who had seen a tennis-instruction book by Dutch tennis player, Betty Stöve.

The reissue serves as the latest entry in Matador Records’ Revisionist History series, our ongoing campaign to jog the record-buying (and streaming!) public’s memory about our many catalog items now poised to celebrate a significant anniversary.